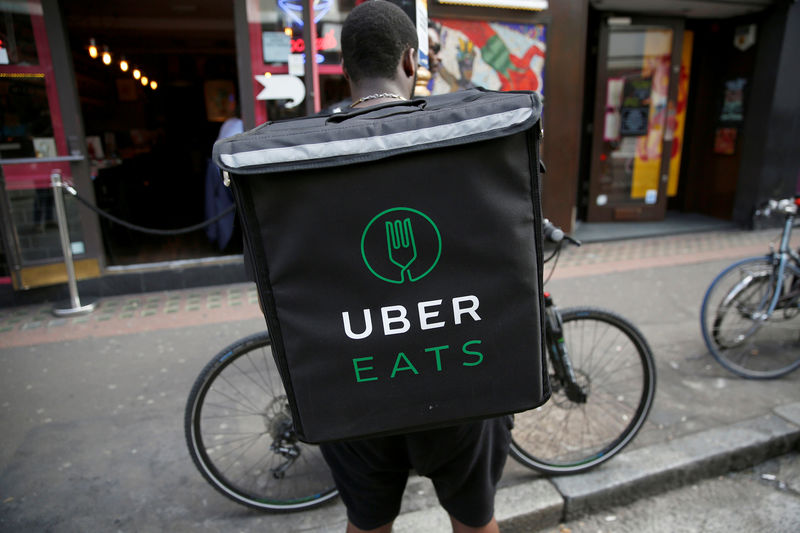 Uber (NYSE:) stock rose 6.0% to its highest level since August after CEO Dara Khosrowshahi predicted the company would make an underlying operating profit for the first time by the end of the year, about a year earlier than the company had previously guided.

Uber’s stock has recovered more than 50% from its post-IPO low that was hit when early investors such as Goldman Sachs (NYSE:) and ex-CEO Travis Kalanick dumped their holdings after the expiry of the post-IPO lockup period last year.

Uber (NYSE:) is still losing money – its net loss widened to over $1.1 billion in the fourth quarter, and Khosrowshahi remains committed to the UberEats business, which has been responsible for a large part of recent losses. However, the company has now exited the food delivery business in key cash-sinks such as India.

AbbVie (NYSE:) stock rose 3.1% after the company gave an upbeat forecast for profit this year, citing the successful launch of two new drugs that should ease concerns about the future revenue stream from its blockbuster drug Humira.

“The launches of Skyrizi and Rinvoq are going extremely well,” Chief Executive Officer Richard Gonzalez said in a statement, adding that the new treatments for psoriasis and rheumatoid arthritis should generate $1.7 billion in revenue this year.

Pinterest (NYSE:) stock rose 18.7% to its highest since October, after a surge in online shopping generated a 46% increase in revenue in the fourth quarter. The company’s guidance for $1.52 billion in revenue this year also surpassed expectations.

Credit Suisse (SIX:) ADRs were down 0.9% after Tidjane Thiam was ousted as CEO, against the wishes of some vocal U.S. shareholders.

Nokia (HE:) ADRs (NYSE:) were up 1.0% and Ericsson (BS:) ADRs (NASDAQ:) were up 2.2% after reports citing attorney-general William Barr as suggesting the U.S. should invest in them to create a viable alternative to Huawei in 5G network instructure.