Home
Stocks
Stop spreading the news; Warren Buffett throws in the towel on newspaper business
Prev Article Next Article
This post was originally published on this site 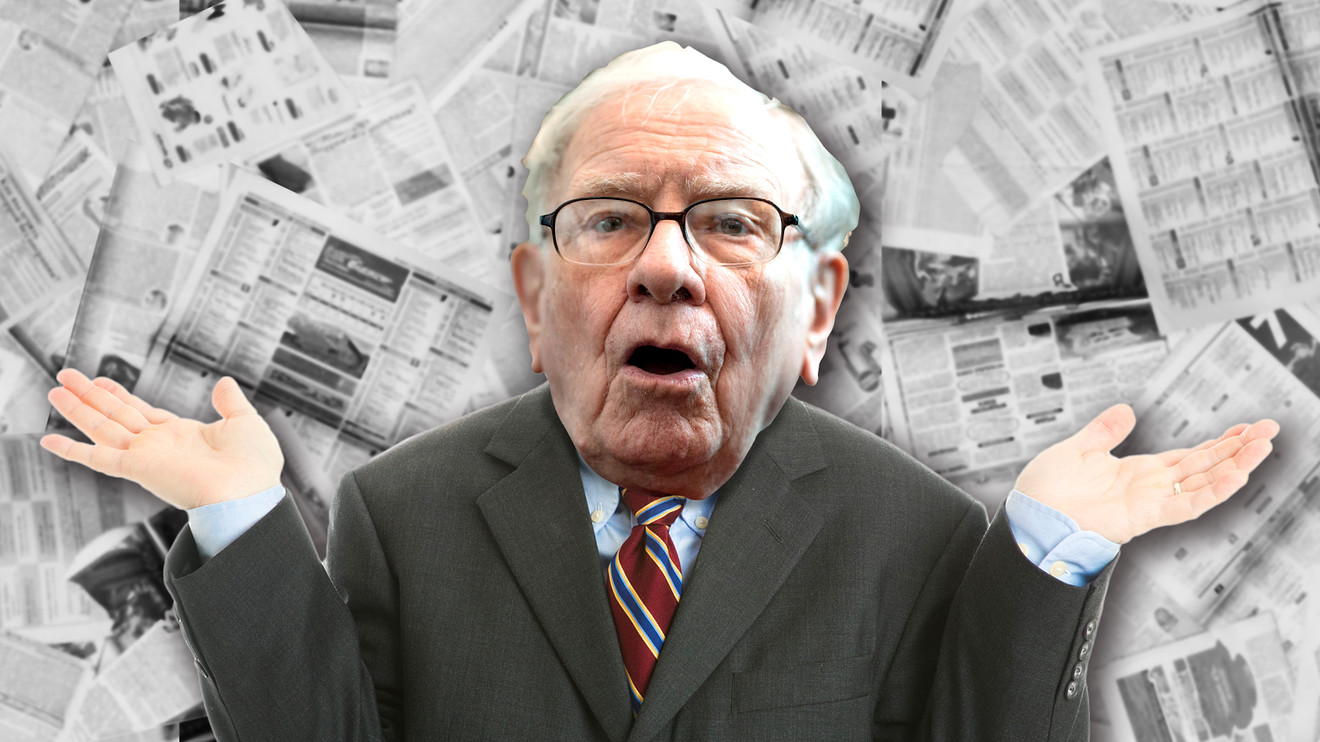 Warren Buffett is throwing in the towel on his newspaper business, in the latest sign of the pressure on print media in a rapidly changing landscape.

Lee will pay $140 million in cash and Berkshire will provide it with about $576 million in long-term financing at a 9% annual interest rate. That will allow the Davenport, Iowa-based company to refinance debt and clean up its balance sheet.

The deal helped propel Lee’s stock to its biggest-ever one-day gain, a week after it closed at a four-year low.

BHMG comprises 30 daily newspapers with print and digital operations, as well as more than 49 paid weekly publications with digital sites and 32 other print products. BHMG generated revenue of $373.4 million in revenue in 2019. Titles include the Winston-Salem Journal in North Carolina, the Richmond Times-Dispatch in Virginia and the Omaha World-Herald.

Don’t miss: Opinion: The death of newspapers is bad for democracy, good for Trump

Buffett, a newspaper lover who was a delivery boy as a young man, said Lee, which has managed his newspaper business since 2018, was his only choice for the sale.

“We had zero interest in selling the group to anyone else for one simple reason: We believe that Lee is best positioned to manage through the industry’s challenges,” said the billionaire investor.

See: 30-plus years of ‘Garfield’ comic strips to sell at auction

The newspaper industry has endured years of declining revenue, mostly as big tech companies like Facebook and Google siphon off vital ad revenue. Newsroom employment fell 25% between 2008 and 2018, according to Pew Research Center, mostly due to job cuts at newspapers.

Lee shares more than doubled (up 145%) to an eight-month high in intraday trading, before paring some of those gains to be up 80% in midday trading. The company said the deal will nearly double its audience, will drive an 87% rise in revenue and immediately boost earnings. Berkshire will become Lee’s sole lender, allowing it to avoid the fees associated with refinancing and to delever faster.

The company will eliminate its existing $23 million revolving credit facility. It will enter a 10-year lease for BHMG’s real estate, paying an initial $8 million a year in monthly installments.