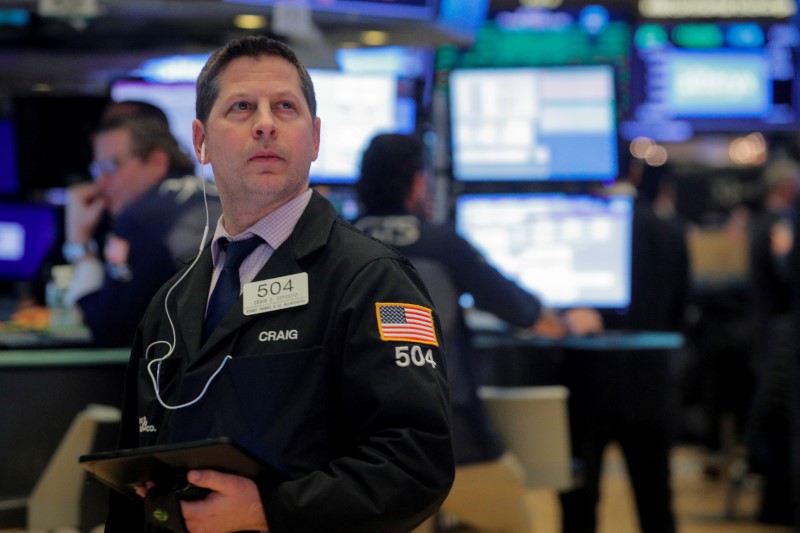 (Reuters) – U.S. stock indexes edged higher to hit fresh record highs on Friday on optimism over corporate earnings, economic data and indications of resilience in a Chinese economy battered by a prolonged trade war with the United States.

Investor sentiment has brightened this week after the world’s top two economies took the first step in calling a truce to their 18-month tariff dispute by sealing a Phase 1 trade deal.

Spurring gains in global stocks for a fifth day, data showed China ended 2019 on a somewhat firmer note, even as economic growth cooled to its weakest in nearly 30 years in the last year.

U.S. data showed homebuilding surged to a 13-year high in December, suggesting the housing market recovery was back on track amid low mortgage rates.

“There’s a lot of enthusiasm out there and it is a combination of earnings and strong data that is supporting the market,” said Peter Cardillo, chief market economist at Spartan Capital Securities in New York.

The three main stock indexes closed at record highs on Thursday, with the S&P 500 surging past the 3,300-mark for the first time, boosted by a rally in technology stocks and strong retail sales data.

“From a technical viewpoint, the market is a bit overbought and there is a possibility that the rally is going to exhaust itself at one point,” said Cardillo.

Analysts expect profits at S&P 500 companies to have dropped 0.8% in the fourth quarter, but call for 5.8% growth in the first quarter of 2020, according to Refinitiv IBES data.

Google-parent Alphabet Inc (O:) rose 1%, extending gains after it became the fourth U.S. company to top a market value of more than $1 trillion on Thursday.