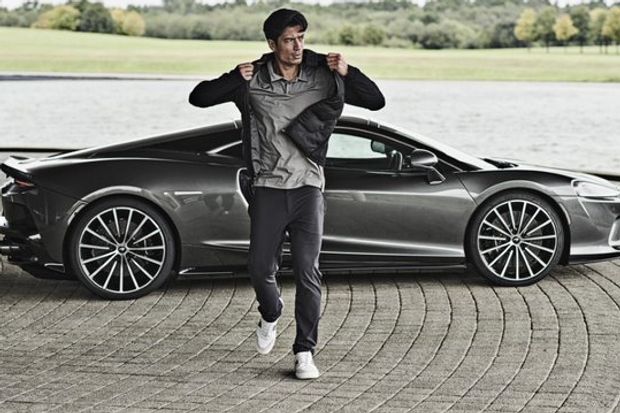 Supercar maker McLaren Automotive is to go head-to-head with Nike NKE, +1.92% and Adidas ADS, +2.57% by launching its first range of high-end sportswear.

While some fashionistas splash out as much as $2 million to own a piece of high-performance McLaren engineering, athletes will soon be able to spend a more conservative £295 ($380) to sport the marque on a quilted soft-shell jacket.

Bonded seams, a sonic-welded construction and heat-transferred interior components are features you might expect on a vehicle, but these are components of its performance tops and outerwear.

McLaren said on Tuesday it had teamed up with Castore, a premium sportswear brand to debut the first “technical male sportswear collection.”

It said: “Each piece is ergonomically cut for ease of movement and comfort, and offers superior wicking, odor resistance, four-way stretch and a unique mesh construction which increases airflow, cooling and ventilation.” While some McLaren branded clothing does already exist, this is the first high-end sportswear, and the collection includes T-shirts selling for £65.

It isn’t the first time a luxury-car brand has sought to diversify into fashion.

In 2002 Aston Martin AML, +2.22%, which at that time was owned by Ford, produced silver handcuff key rings, leather underwear and a ‘handcuff buckle’ belt to sharpen its image.

But the venture wasn’t well received and its suede boxer shorts were taken down, along with other racy items, after objections from the Ford family.