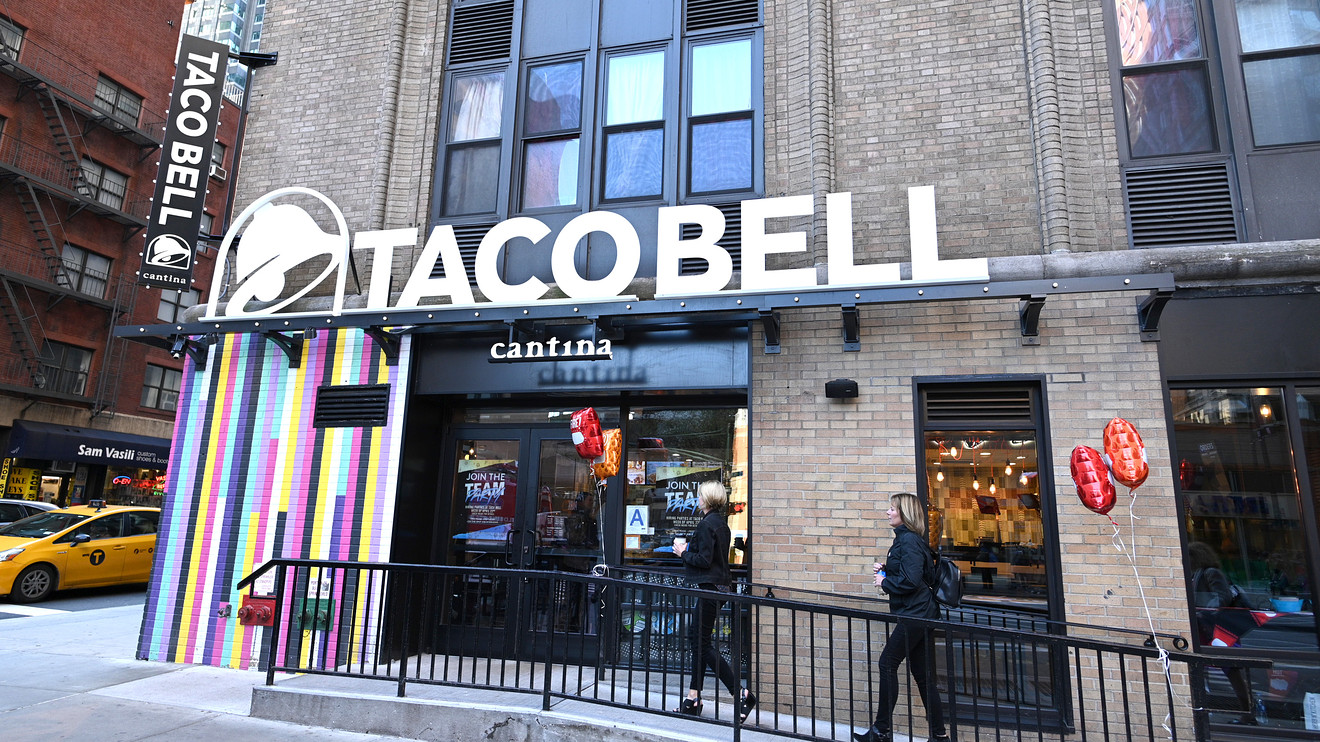 Taco Bell is adding to the number of fast casual-style Cantinas it operates in the dual effort to expand in urban areas and turn the quick-service Mexican chain into a $20 billion brand.

Currently, there are more 60 urban Cantinas in cities across the U.S., with a recent launch in New York City and another expected to open in the fall in Times Square in Manhattan. The Times Square location will be focused on technology, one of the prominent elements in the Cantina locations with features like self-serve kiosks. It will be significant to new locations as well.

In addition to new locations, Taco Bell plans to revamp existing locations to the Cantina design.

First introduced in 2015 in Chicago, the Cantinas serve alcohol and lack a drive thru, a key feature of a traditional Taco Bell location. According to Mike Grams, Taco Bell’s global chief operating officer, 70% of Taco Bell’s current sales are rung up at the drive thru window.

The focus instead will be on what Grams calls a “fast-social” experience that emphasizes communal dining and flexibility.

“Over the last three years as we built Cantinas, the strategy was how do we become more flexible with our formats to go places where we can’t go with a drive thru?” Grams told MarketWatch.

Taco Bell expects the Cantinas to take on different looks depending on where they are located.

Already, the Cantina has arrived in Las Vegas, which is the busiest Taco Bell restaurant in the world, covering two stories and including a wedding chapel. Then there’s the world’s smallest Taco Bell, a Cantina in Newport Beach. There’s also what some call the most beautiful Cantina, located on the coast of the Pacific Ocean.

The new Cantinas will also vary according to location. According to Grams, the possibilities are endless.

“We believe the Cantina experience allows us to push the boundaries of the brand,” he said.

Read:Wendy’s is roasting the competition ahead of its breakfast launch and analysts approve

For instance, Taco Bell could try an all-plant-based menu at one, or a gaming experience at another. If it doesn’t work, the format is meant to be flexible enough to shift based on consumer demand, Grams said.

Taco Bell has shown a willingness to take chances with the brand, launching a pop-up hotel in Palm Springs last year that sold out in two minutes. Grams leaves the door open for another pop-up hotel in the future.

“Taco Bell momentum should continue for one of the strongest brands in quick-service as it targets speed and operations, in addition to maintaining a strong innovation and value pipeline,” wrote UBS analysts led by Dennis Geiger.