Home
Market
Taps open for Saudi listings after Aramco's record IPO
Prev Article Next Article
This post was originally published on this sitehttps://i-invdn-com.akamaized.net/trkd-images/LYNXMPEG1314O_L.jpg 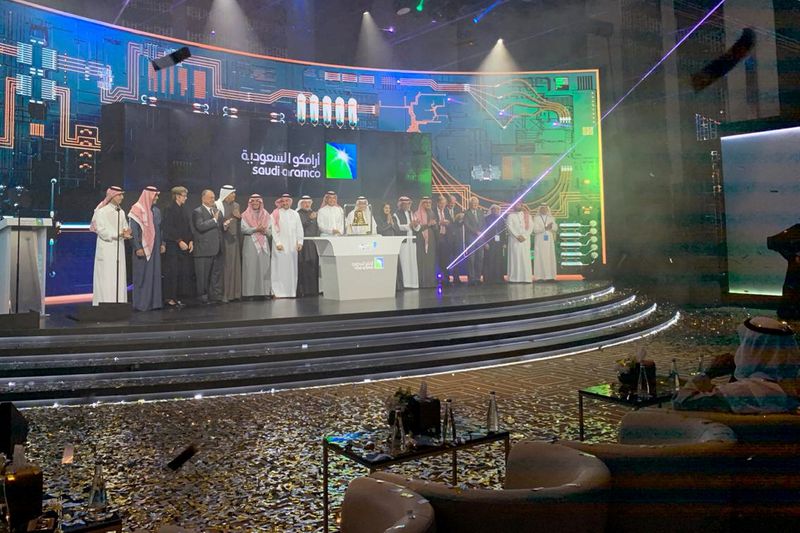 Saudi Aramco (SE:) raised $29.4 billion by listing about a 1.7% stake on the Tadawul in December, prompting concerns from some analysts that it would drain liquidity from the market. But the Tadawul’s average turnover over the past month, excluding Aramco, has stayed above the average turnover for 2019.

The Sulaiman al-Habib Medical Group, one of the Middle East’s biggest hospital operators, is among the first companies to seek a Riyadh listing after Aramco, having delayed the deal due to the state oil company’s IPO.

It plans to raise around $500 million and will launch the offering on Feb. 5, according to two sources close to the deal.

The medical group did not immediately respond to a request for comment.

Saudi Arabia is encouraging more family-owned companies to list in a bid to deepen its capital markets under a reform push aimed at cutting the kingdom’s reliance on oil revenues.

As further encouragement, the regulator has relaxed the traditional IPO requirement to list at least 30% of a company.

Saudi retailer BinDawood Group, which aims to raise 1.5 billion Saudi riyal ($400 million), is expected to go public around the end of the first quarter of this year or early in the second quarter, the same two sources said.

The group, which owns the Danube and BinDawood supermarket brands, has hired Goldman Sachs (NYSE:), JP Morgan Chase (NYSE:), NCB Capital and GIB to organize the deal, the sources said, with Moelis & Co as a financial adviser.

Supreme Foods, which produces processed and cooked meat in three factories, plans to list in the second quarter and raise 300 to 400 million riyals, according to two sources close to that deal. The company has hired Saudi Fransi Capital (SE:) to manage the deal, they added.

Last year the market saw only three deals, excluding Aramco, versus five in 2018, although proceeds in 2019 were higher because of Arabian Centers’ (SE:) $660 million IPO, according to Refinitiv data.

Aramco’s listing has sent the Tadawul, already the Middle East’s largest bourse, to the 9th place globally in terms of market capitalization.

Shares listed on the Saudi Tadawul market are currently trading with a price-to-earnings (PE) ratio – a key valuation metric – of around 18 times after foreign inflows into the kingdom’s exchange and the listing of Aramco.

Yasin, of Al Dhabi Capital, said that was an advantage for companies entering the Saudi market this year. New entrants could come at a discount of 20% to 30%, around 12 times PE, which would represent a handsome return for current shareholders of those companies and to investors, he added.

“That’s why we believe the Saudi market will continue to be a strong and vibrant market for IP0s in 2020.”