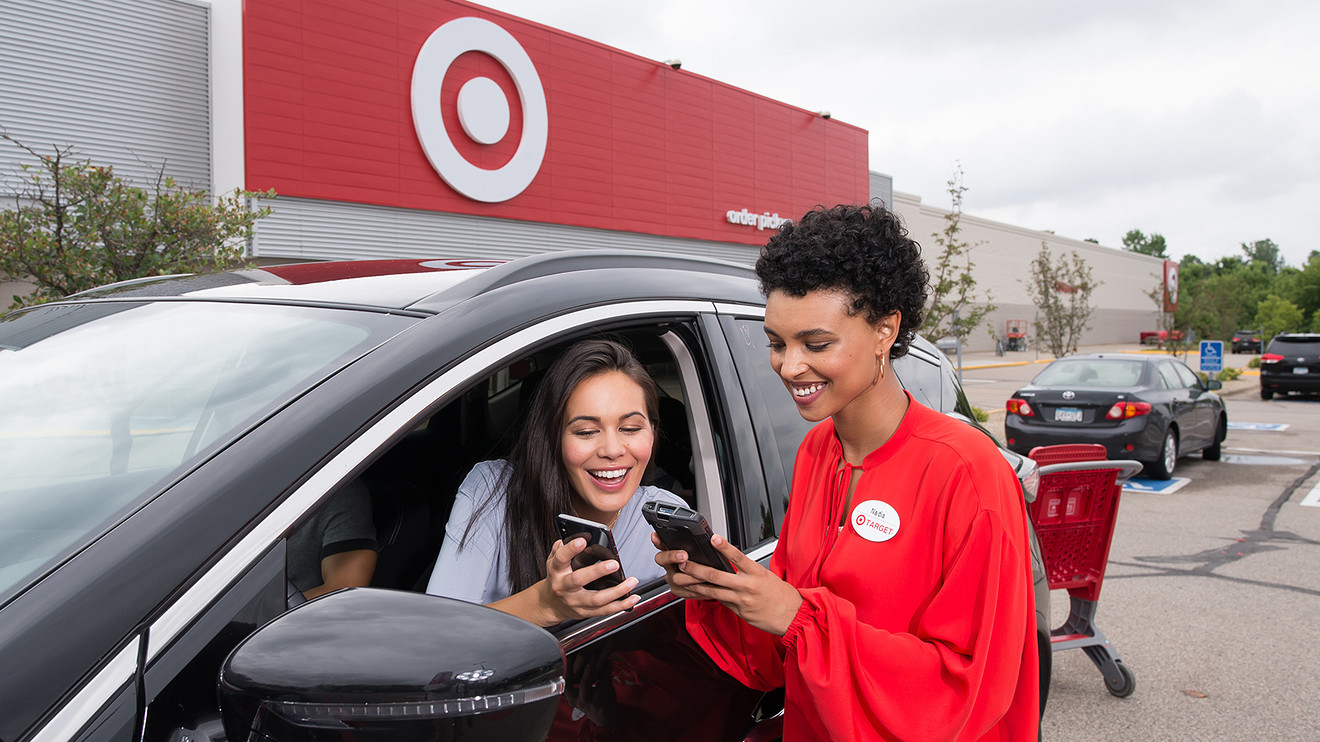 The same-day delivery battle between Target Corp. and Amazon.com Inc. is heating up with Target using its stores to its advantage and Amazon’s mini-fulfillment centers getting items into shoppers’ hands at an even faster clip.

Target TGT, -2.06%  , which announced its fourth-quarter and full-year earnings on Tuesday morning, said that same-day services experienced more than 90% sales growth in 2019.

Target is using its network of stores to fulfill same-day orders, which the retailer says are growing more quickly than sales that ship to customers’ homes.

And Target says these store pickup options are more cost efficient, with Drive Up and Order Pickup options 90% cheaper than shipping from a warehouse.

Target announced Tuesday that it’s testing the addition of popular grocery items like milk and eggs, as well as adult beverages to Order Pickup and Drive Up.

After the company’s previous earnings, Target Chief Executive Brian Cornell talked up the value that its fulfillment options are bringing to the retailer.

“Given that the same-day options rely on our store assets, team and inventory they are much more profitable than traditional e-commerce fulfillment,” he said at the time.

That still appears to be the case.

“Guidance continues to reflect Target’s expectations that its various investments and product initiatives will generate additional traction and improved profitability.”

Among the other investments that Target highlights in its earnings report are millions of dollars in training and payroll for workers; store remodels, which total about 1,000 with 300 planned for 2020; and small-format stores, with about three dozen more of those planned for 2020.

Target reported fourth-quarter profit and same-store sales that beat expectations, though revenue of $23.40 billion fell a bit short of the $23.45 billion FactSet consensus.

“Target’s investment in fulfillment, together with store remodels, and increased private label product, created the conditions for it take share from defunct retailers (especially Toys ‘R’ Us) while providing a way to grow even with Amazon’s continued customer gains,” John Zolidis, president of Quo Vadis said.

“We expect more retailers to try to develop these capabilities but for many it will be too difficult or too late or, alternatively, they won’t have the assortment that makes it resonate with consumers relative to a broadline player like Target.”

Target previously reported disappointing holiday-period same-store sales, with electronics among the categories that failed to give the shortened shopping season a boost.

“The good news is that Target’s results continue to show a business in an upward trajectory with a solid full-year comp of 3.4% to follow last year’s stellar 5.0%, with the growth driven mostly by traffic, including online,” said Instinet analysts led by Michael Baker. “This shows Target has figured out how to compete in the new retail world.”

Part of Target’s strategy for competing has also been owned brands, with the retailer launching eight in the last year, including All in Motion, an athleisure brand for men, women and children. Target designers incorporated features like golf apparel for men, streamlining design elements in women’s yoga pants, and premium fabrics in order to compete in a saturated athletic landscape.

Read: Target is taking the market share in women’s clothing that Kohl’s is losing

And Target says its food brand, Good & Gather is “on pace” to be the company’s largest owned brand.

Amazon AMZN, +0.17%   continues to fight back on the fulfillment front with its latest announcement, offering even faster, same-day delivery on more than three million items to Prime members in Philadelphia, Phoenix, Orlando and Dallas.

Amazon says it has new facilities that are closer to customers and able to get merchandise to Prime members within hours.

“These are first-of-their-kind buildings and serve as mini-fulfillment centers optimized for faster click-to-delivery speeds,” according to the announcement.

Amazon has already cut the time it takes for Prime members across the country to get their packages from two days to one, requiring an investment of “slightly under” $1.5 billion.

Also: Amazon one-day shipping is a hit with shoppers – and it cost less than the expected $1.5 billion

As Amazon continues to raise its service game, Target – and others like Walmart Inc. WMT, -0.74%   – have continually shifted strategy to raise theirs.

“Overall, we think Target’s results illustrate a slight improvement in momentum to close out the fiscal year,” wrote UBS analysts. “Looking ahead, we expect Target to benefit from strong execution, share gains from store closures and tailwinds from its merchandising enhancements in the year ahead.”