Home
Stocks
TaxWatch: Apple investors are cheering a record quarter — and tax collectors might be too
Prev Article Next Article
This post was originally published on this site 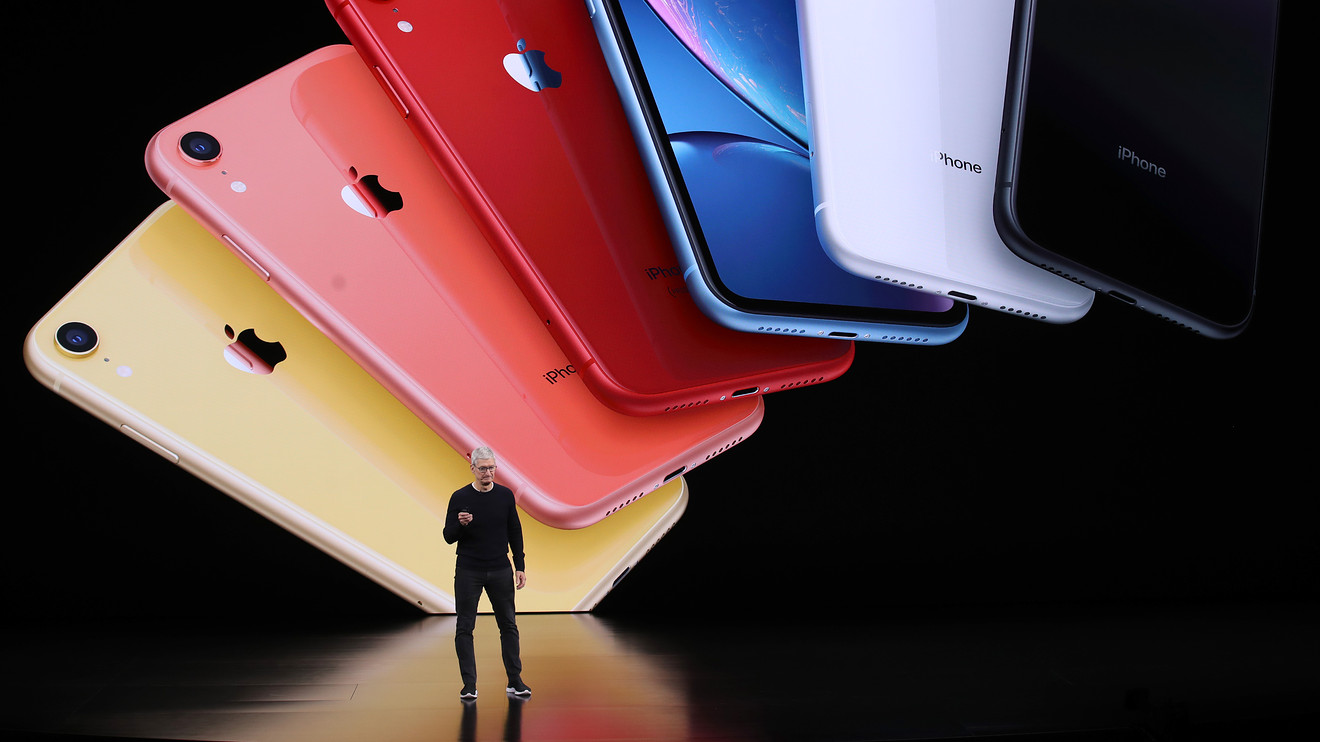 While Apple AAPL, -0.43%  investors and analysts are applauding the tech giant’s record quarterly results, tax collectors are likely feeling good about the news too.

That’s because Apple’s earnings released late Tuesday were powered by strong iPhone 11 sales that exceeded expectations. What’s more, all smartphones these days are money makers for federal, state and local tax coffers, according to one look at such taxes on wireless service.

A family of four paying $1,200 a year for four wireless lines paid an estimated $260 on taxes, fees and surcharges on their devices last year, according to an analysis in 2019 from the Tax Foundation, a right-leaning think tank.

The $260 figure is a 13.5% increase year-over-year, and it comprises almost 22% of the total $1,200 annual bill. That’s the highest combined tax rate yet, according to the think tank’s review of local, state and federal rates going back to 2003.

‘I don’t think many consumers realize how much they are paying in taxes.’

“I don’t think many consumers realize how much they are paying in taxes,” Ulrik Boesen, a senior policy analyst at the think tank focused on excise taxes, told MarketWatch.

The earnings news and rising wireless-tax rates come while state tax revenue last year notched its highest point yet since the Great Recession, according to the Pew Charitable Trusts, a Philadelphia-based nonprofit.

The average tax rate is even heavier in 19 states, according to the Tax Foundation. High wireless tax-rates pinch low-income consumers harder because the flat fees and set rates aren’t pegged to earnings, like an income tax.

Illinois has the top effective rate, an estimated 31.2% according to Boesen. It gets even steeper in Chicago, he said. Windy City residents with a four-line plan pay more than 40% a year to taxes.

“Excessive taxes and fees may reduce low-income consumer access to wireless service at a time when such access is critical to economic success,” Boesen wrote.

See also: Why a T-Mobile-Sprint merger could be ‘devastating’ for consumers

The taxes and fees at issue include a carrier surcharge that has to be passed along to state and federal funds. The surcharge was a big reason for the annual rise last year, as the surcharge went from 6.6% to 9.1% of an average wireless bill, Boesen noted.

The funds, such as the Federal Universal Service Fund, are earmarked to pay telecommunication services in schools, libraries, hospitals. The Federal Communications Commission sets the rates that Verizon VZ, -1.06%, Sprint S, -2.30%  and T-Mobile TMUS, -0.22%  are required to pass along.

(Verizon, T-Mobile and Sprint did not immediately respond to a request for comment.)

Other wireless taxes go to “911 fees,” which send money for the upkeep and operation of state 911 systems. The fees vary in size, but were as high as $3.86 per line last year in West Virginia. No state lowered its fee over the last year, Boesen said.

The wireless tax rates are on top of sales tax rates. Five states — New Hampshire, Delaware, Montana, Oregon and Alaska — never had a sales tax. Rates for those states that do assess a sale tax range between 4% and 7.25%.

“Wireless and other telecommunications services are one of the few services that are consistently subject to sales and use taxes,” Boesen wrote, adding wireless customers paid approximately $12 in taxes and fees dedicated to telecommunication services but not other goods and services.

In an interview, Boesen noted he wasn’t calling for a repeal on wireless taxes, adding that the 911 fee, for example, was a worthy idea. But there should be some reforms, he said, when it comes to all the layered-on local, state and federal costs of usage.

“We’re not against taxes,” he said. “There’s an issue when you take a specific industry and product, and tax it higher than anything else.”