Home
Stocks
TaxWatch: If you lose your Super Bowl bet, you could still win when you file your taxes
Prev Article Next Article
This post was originally published on this site 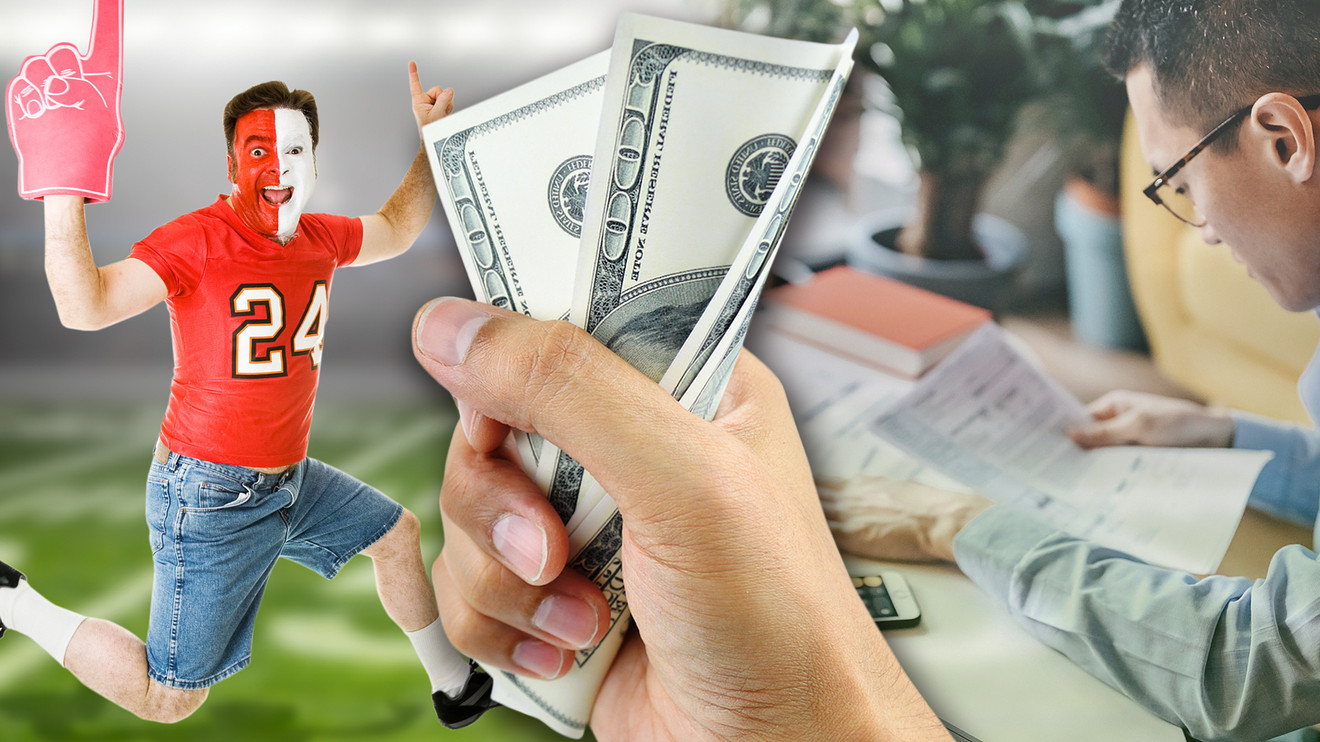 Here’s the sad fact for the 26 million Americans expected to bet billions on Sunday’s Super Bowl — some of you will be losing your money.

But this could cheer you up a bit: Uncle Sam might let you turn that loss into a tax write-off.

The “gambling loss deduction” is one of the many quirks and twists of the tax code. It could take some of the sting out of a betting loss, but it might not be the smart play come tax time.

The biggest ground rule is that taxpayers can only deduct losses up to the amount of their winnings.

So, suppose a football-loving, free-spending taxpayer bets $15,000 that their favored team will win Sunday. But they hedge that bet with a second $5,000 bet that the other side will win.

Gambling winnings are fully taxable. So if the game went the other way and the same bettor came out with $10,000, the IRS would deem that taxable income — just as it does for other non-wage income, like payouts on certain legal settlements and debt cancellation.

“The IRS doesn’t want to encourage gambling,” said Rob Seltzer, a Los Angeles-based financial planner who’s the president and founder of Seltzer Business Management. At the same time, “they want to allow some sort of offset.”

Taxpayers filed almost 970,000 returns seeking $22.3 billion in write-offs under the deduction, according to IRS data on the 2017 tax year, the most recent numbers on the topic.

The gambling loss deduction rules apply to wagers on all sorts of games, whether that’s the Super Bowl, keno, horse racing, bingo or something else. Anyone trying to claim the deduction needs to have “an accurate diary” of wins and loses, which could include receipts, tickets and statements, the IRS says.

An unprecedented 26 million Americans are expected to bet a total $6.8 billion on the Kansas City Chiefs-San Francisco 49ers showdown, according to the American Gaming Association. That’s up from the 23 million Super Bowl bettors last year, the gaming industry trade group said.

The group traced the growing number of bets back to a 2018 Supreme Court decision, which let states determine whether to allow gambling. Fourteen states now have legalized gambling, while six more and the District of Columbia are slated to do the same later this year, the American Gaming Association noted.

The deduction might not be a smart play for all gamblers

It’s becoming easier to place wagers as more states legalize gambling, but the gambling loss deduction still might not make money sense for all gamblers.

The Trump administration’s tax cuts in 2017 nearly doubled the standard deduction, and it’s now $12,200 for a single filer and $24,400 for a married couple. So even if someone was really unlucky in their wagers, the standard deduction might still be the best way to reduce their taxable income.

“For the majority of people, [the standard deduction increases] just made it less likely they’d be itemizing,” said Tyler Mickey, tax senior manager, of the Seattle-based accounting firm Moss Adams. That includes a write-off on gambling losses, he said.

There is a sure bet though: federal and state governments are going to take their cut on gambling winnings.

Reported winnings get added onto a taxpayer’s income for the year. In the 2017 tax year, 1.1 million returns reported making $28.1 billion in gambling earnings, IRS data showed.

If a bettor wins at least $600 in one fell swoop — like during a single bet or winning race — the payer has to send the winner a tax form reporting the pay-out. (If it’s bingo or slots, the reporting threshold is at least $1,200.)

There’s also a regular gambling withholding of 24% for hauls over a certain amount. The sum has to be at least $5,000 minus the wager, and the winnings have to come from sources including lotteries, sweepstakes and betting pools. (The gambling withholding doesn’t count for bingo, keno and slot machines.)

State tax authorities also take their share. For example, New Jersey imposes an 8.5% tax for bets made in person and a 13% tax for online bets. It pulled $36.1 million in state tax revenue during that time. Nevada has a 6.75% tax for all bets, and brought in $27.5 million.

Gambling has produced $140.8 million in state tax revenue across the country since June 2018, according to Legalsportsreport.com, a news site covering state-sanctioned gambling industry.