Home
Stocks
TaxWatch: July 15 is now the deadline to file and pay your taxes, Mnuchin says
Prev Article Next Article
This post was originally published on this site 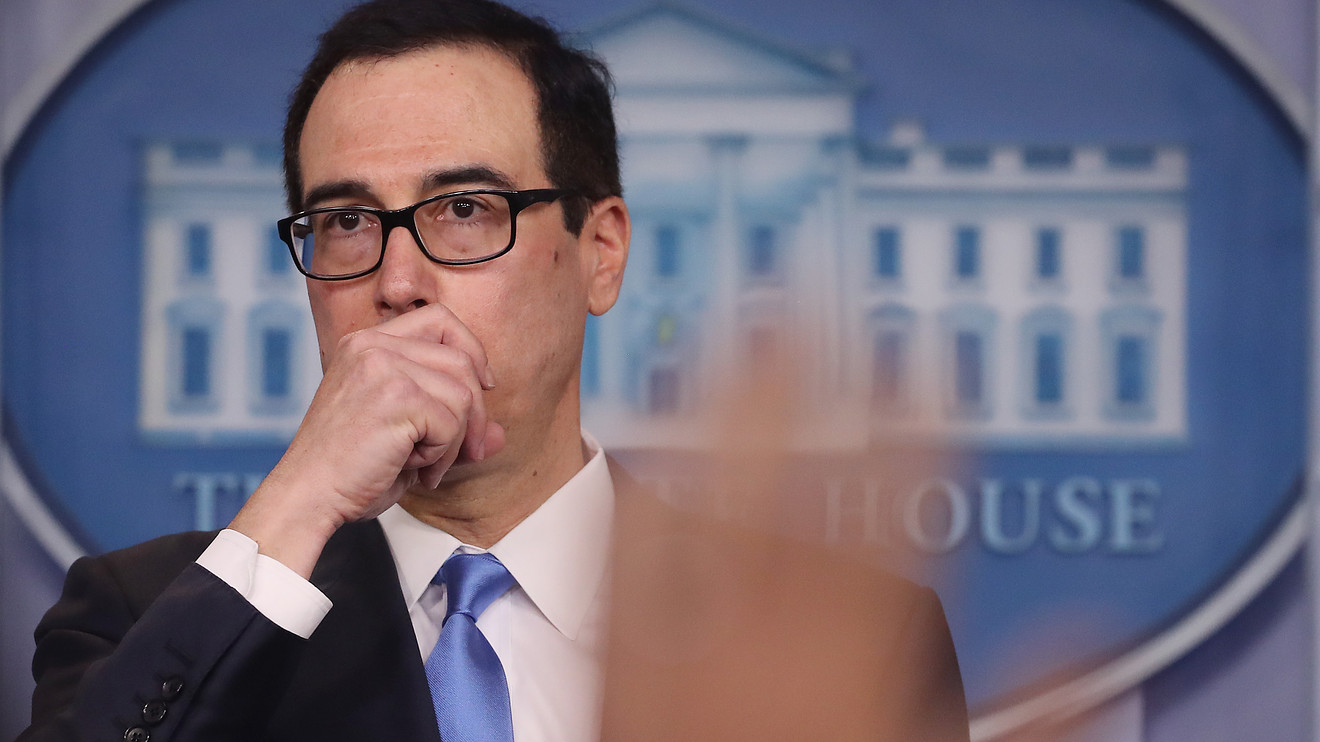 Taxpayers now have an extra three months to both file their federal income taxes and pay them, Treasury Secretary Steve Mnuchin said Friday.

Earlier this week, Mnuchin pushed back the deadline for paying taxes to July 15. His Friday announcement on Twitter TWTR, +2.20%   pushed back the filing deadline too, which had been April 15.

At @realDonaldTrump’s direction, we are moving Tax Day from April 15 to July 15. All taxpayers and businesses will have this additional time to file and make payments without interest or penalties.

Mnuchin still urged “all taxpayers who may have tax refunds to file now to get your money.”

The Treasury Department deferred the tax payments in a bid to help Americans hold onto their cash to withstand the coronavirus’ financial fallout.

Until July 15, individuals, married couples and small business owners can defer paying up to $1 million in taxes without penalties and interest.

On Thursday, Senate Democrats wrote Mnuchin, saying, “The ongoing public health threat from the COVID-19 pandemic has created widespread economic turmoil for American taxpayers, who are potentially facing a prolonged period without income or revenue.”

The letter from Sen. Chris Murphy of Connecticut and more than 20 other Democrats said “Extending the tax filing deadline will allow taxpayers time to accurately file and prepare for payments in the face of increasing economic uncertainty.”

April 15 is typically the deadline to pay owed income taxes and submit a tax return. Taxpayers can get an extension to submit the return through Oct. 15, as long as they submit an extension request by April 15. It was not immediately clear how the new announcement applies to extension requests.

When Treasury Secretary Steve Mnuchin announced the July 15 tax payment deferrals earlier this week, he said that didn’t change the rules on extension requests. He encouraged people to file by April 15 if they could, because many would have a refund waiting.

“People in my state have been really confused by Mnuchin’s announcement earlier this week,” Murphy told MarketWatch on Thursday. “It just seems that not much is accomplished by simply extending the payment deadline, and it doesn’t reflect the real-world difficulties most taxpayers are facing right now.”

The Trump administration has said it also wants to send $1,000 checks to most adults and $500 for each child in a bid to quickly infuse households with money during the pandemic.

Apart from clearing up any potential confusion on tax deadlines, Murphy and his colleagues said a deferred return filing date would help senior citizens and low-income taxpayers. That’s because the IRS offers free in-person tax preparation help through its Volunteer Income Tax Assistance program — but many sites are now shut down.

“A deferral of tax payments may not help these individuals, and with free tax-preparation sites shut down, these Americans will not get the help they need to timely and accurately file,” the letter said.

Taxpayers making up to $54,000 are eligible to participate in VITA. The IRS also has a free filing program online.

Low-income taxpayers might also be eligible for tax credits including the Earned Income Tax Credit that can currently pay up to $6,557. Too many eligible taxpayers don’t claim the credit to begin with, experts and the IRS have previously said. Part of the problem might come from a lack of awareness or help during tax preparation.

The IRS had received 67.9 million returns as of early March, which is a 0.4% increase from a year earlier at the same time, agency figures show. The average refund for all taxpayers is $3,012 so far, according tax filing statistics.