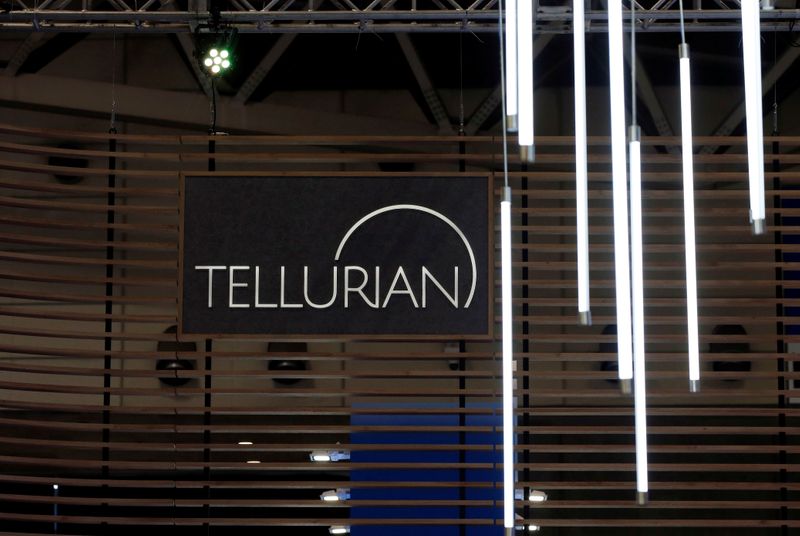 © Reuters. The logo of Tellurian Inc is seen in its booth at Gastech, the world’s biggest expo for the gas industry, in Chiba

(Reuters) – Tellurian Inc (O:) stock dropped on Thursday after the company said it extended the amount of time India’s Petronet LNG Ltd (NS:) had to finalize an agreement to buy liquefied (LNG) from Tellurian’s Driftwood plant in Louisiana.

Tellurian announced the extension following a report that Petronet issued a request for information to buy about 1 million tonnes per annum (MTPA) of LNG for 10 years starting from 2024.

Tellurian and Petronet signed a non-binding agreement in September, in which Petronet agreed to negotiate the purchase of up to five MTPA of LNG, concurrent with an equity investment in Driftwood.

That agreement, worth about $2.5 billion, was expected to be finalized by March 31. Tellurian said the companies extended the deadline to May 31 to support Petronet’s review process.

After listening to a conference call with Tellurian, analysts at U.S. financial services firm Cowen & Co said that review is “apparently a normal step in the process as Petronet needs to do a competitive assessment before committing to buying LNG.”

Tellurian said in its fourth-quarter earnings release earlier this week that Driftwood was “shovel ready for 2020.”

“We plan to complete our financing in the coming months and begin construction on the … project,” Tellurian Chief Executive Meg Gentle said.

Tellurian has said it could make a final investment decision (FID) to build Driftwood in early 2020.

Analysts at Cowen, however, said, “We continue to see it unlikely the project gets sanctioned until at least 2021.”

Officials at Tellurian were not immediately available for comment.

Tellurian was one of about a about dozen firms developing LNG export plants in North America that delayed their planned FID from 2019 to 2020.

The Cowen analysts noted Tellurian had about $80 million in cash and about $88 million in debt due May 23, presenting a potential liquidity issue unless the company secures equity interest in Driftwood.

Driftwood is designed to produce 27.6 MTPA of LNG or about 3.6 billion cubic feet per day (bcfd) of natural gas.

Tellurian said its partners in Driftwood include units of Total SA (PA:), Vitol, Petronet, Baker Hughes Co (N:) and Bechtel, which has a contract to build the $15.4 billion liquefaction facility. Pipelines, reserves and other expenses make up the rest of the project’s total cost.