Home
Market
Tesla and U.S. regulators strongly criticized over role of Autopilot in crash
Prev Article Next Article
This post was originally published on this sitehttps://i-invdn-com.akamaized.net/trkd-images/LYNXMPEG1O1C0_L.jpg 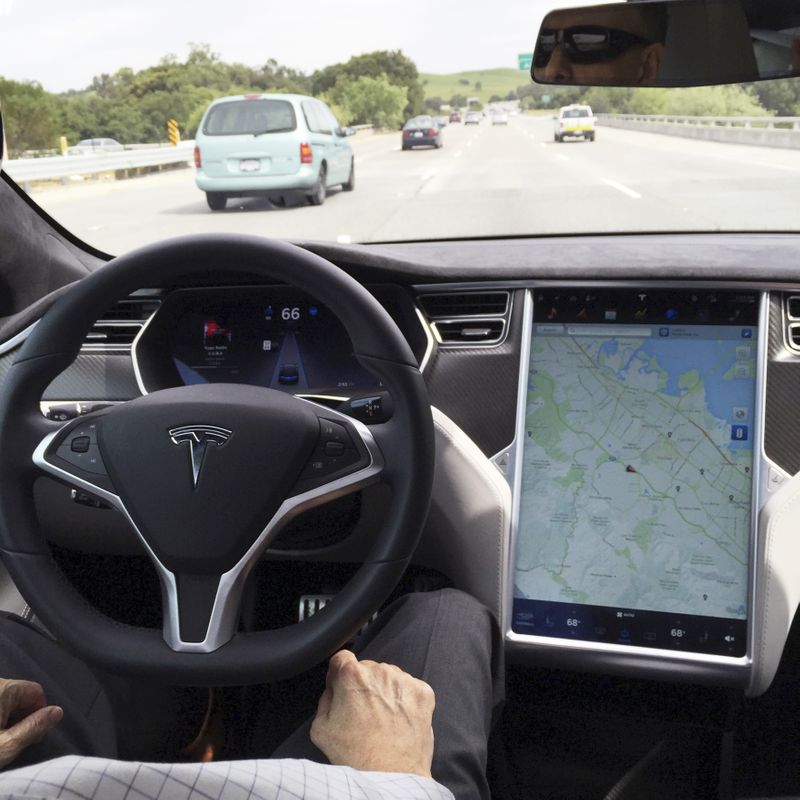 © Reuters. The interior of a Tesla Model S is shown in autopilot mode in San Francisco

NTSB board members at a hearing to determine the crash’s probable cause questioned Tesla for the design of its semi-automated driving assistance system, and condemned the National Highway Traffic Safety Administration (NHTSA) for a “hands-off approach” to regulating these increasingly popular systems.

The California crash points out that “semiautonomous vehicles can lead drivers to be complacent, highly complacent, about their systems, and it also points out that smartphones manipulating them, can be so addictive, that people aren’t going to put them down,” NTSB Chairman Robert Sumwalt said.

NHTSA said in a statement it is aware of NTSB’s report and will carefully review it. The agency added that all commercial motor vehicles “require the human driver to be in control at all times, and all states hold the human driver responsible for vehicle operations.”

NTSB can only make recommendations, while NHTSA regulates the safety of U.S. vehicles. NHTSA has sent special crash investigation teams to review 14 Tesla crashes in which Autopilot is suspected of being in use.

There are mounting safety concerns about systems that can perform driving tasks for extended stretches with little or no human intervention, but cannot completely replace human drivers.

Tesla drivers say they are able to avoid holding the steering wheel for extended periods while using the driver assistance system Autopilot, but the company advises drivers to keep their hands on the wheel and pay attention.

NTSB vice chairman Bruce Landsberg called Autopilot “completely inadequate” and noted that vehicles had repeatedly crashed into large obstacles while using the system. “What part of jersey wall, fire truck, and tractor trailer does not form an obstacle for their vehicles to be able to detect?” Landsberg ask.

NTSB board member Thomas Chapman said NHTSA had shown a “lack of leadership” in addressing driving automation systems. “Highway vehicles weighing thousands of pounds (kg) and equipped with powerful yet still-evolving automation are operating on highways based, at best, on mere guidelines,” he said.

Tesla’s driver assistance system Autopilot is tied to at least three deadly crashes since 2016 and suspected in others.

Police in California are investigating a crash in December in which two people were killed in a 2006 Honda Civic after being struck by a Tesla that may have been in Autopilot mode.

“Industry keeps implementing technology in such a way that people can get injured to killed, including this board’s recommendations intended to help them prevent such tragedies,” Sumwalt said.

Walter Huang, a 38-year-old Apple (NASDAQ:) software engineer, was driving his Tesla Model X in 2018 in Mountain View, California, in Autopilot mode at about 70 miles per hour (113 kph) when it crashed into a safety barrier known as a “crash attenuator.” The NTSB said Huang had been using an iPhone and logs recovered show a word-building game was active during Huang’s fatal trip.

The NTSB also called on cellphone manufacturers to add more safeguard to prevent the misuse of devices by drivers.

Sumwalt also noted that Apple does not have a distracted driving policy and the board will vote on whether to recommend that Apple adopt a policy barring employees from using phones behind the wheel unless it is an emergency. Apple said it expects its employees to follow the law.

The NTSB has called on NHTSA to verify automakers using systems like Autopilot incorporate safeguards to limit their use “to those conditions for which they were designed.”