Home
Market
Tesla China Registrations Dropped Before Brunt of Virus Impact
Prev Article Next Article
This post was originally published on this sitehttps://i-invdn-com.akamaized.net/content/pic820fe2b14ac5c801ed8237eb75d67a55.jpg 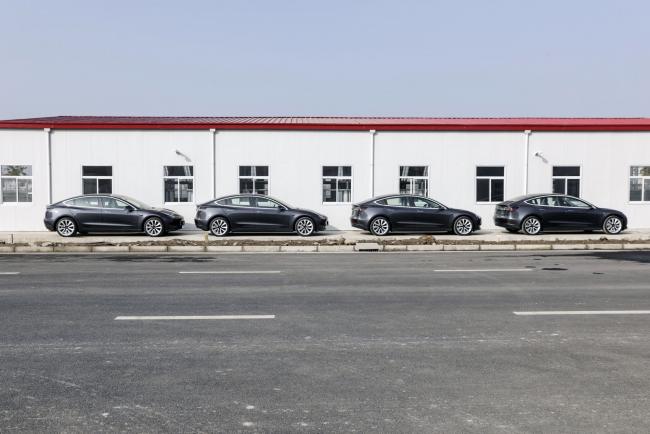 Tesla Inc. (NASDAQ:) shares fell after China registration data indicated a significant sequential slowdown in demand before the electric-car maker started feeling the brunt of any impact from the coronavirus.

Registrations of new Tesla cars plunged 46% to 3,563 in January from December, according to state-backed China Automotive Information Net, which gathers industry data based on insurance purchases. Of the January registrations, 2,605 were for cars built in China.

While Tesla had bucked the trend in China’s waning electric-car market in the previous two months, the January drop shows that the U.S. brand isn’t immune to challenges the broader industry is facing. China’s car market probably is headed for a third straight annual decline as the coronavirus outbreak exacerbates a slump started by an economic slowdown and trade tensions.

Tesla shares dropped as much as 6.3% before the start of regular trading. The stock had soared 86% this year through the close Wednesday, partly driven by optimism about the company starting to produce Model 3 sedans at a newly built plant near Shanghai.

In total, deliveries of new-energy vehicles in China from carmakers to dealerships tumbled 54% last month, according to the China Association of Automobile Manufacturers, an industry body.

Tesla began delivering locally built Model 3s to customers in China last month, seeking to boost volumes amid rising competition from the likes of BMW AG and Daimler AG (DE:), which are also bringing out new electric cars. The sedans assembled domestically qualify for tax exemptions and subsidies the company has missed out on in the past.

The timing of China’s Lunar New Year complicates year-over-year comparisons in the first months of 2020. The holiday fell in January this year and in February in 2019.

But business has ground to a halt this month due to the coronavirus, and automakers are expected to come up well short of last year’s sales levels in February. Deliveries to dealers this month are set to slide about 75%, resulting in about a 40% drop in the first two months of 2020, according to the China Passenger Car Association.

To contact Bloomberg News staff for this story: Chunying Zhang in Shanghai at czhang714@bloomberg.net

To contact the editors responsible for this story: Young-Sam Cho at ycho2@bloomberg.net, Craig Trudell, Tony Robinson