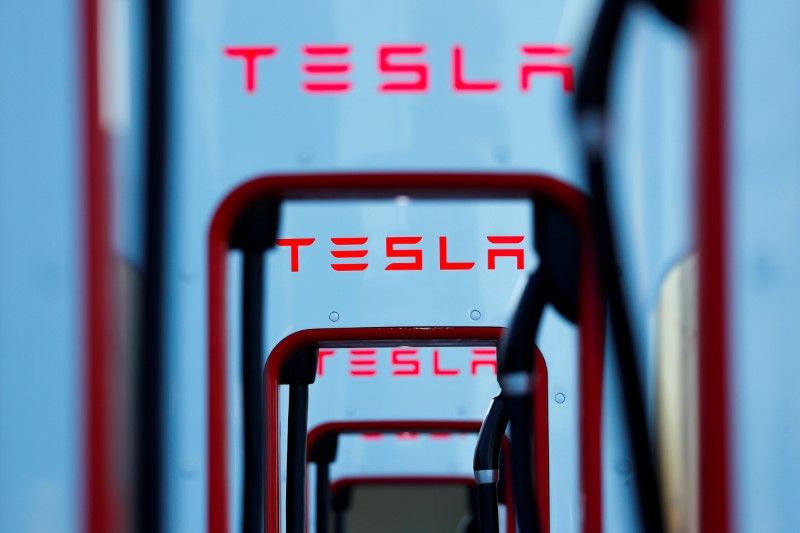 The milestone comes less than a month after Tesla’s stock crossed $420, the infamous price at which Chief Executive Officer Elon Musk had tweeted he would take the electric car maker private.

Musk tweeted he had “funding secured” to take Tesla private in August 2018, when its shares were trading in the mid-$330s, only to later give up under investor pressure and regulatory concerns.

Tesla shares were last up 1.4% at $555 after the bell, building on a 7.2% gain during trading when brokerage New Street Research raised its price target to $800.

The $100 billion valuation needs to stay for both a one-month and six-month average in order to trigger the vesting of the first of 12 tranches of options granted to Musk to buy Tesla stock.

Tesla, which is already valued more than Ford Motor (NYSE:) Co and General Motors Co (NYSE:) combined, has seen its stock more than double in the last three months, fueled by a rare quarterly profit in October, news of production ramp-up in its China factory and better-than-expected annual car deliveries.

In another win, Tesla reached a settlement with Michigan to allow it to directly deliver its vehicles to customers in the state, a person familiar with the agreement said on Tuesday.