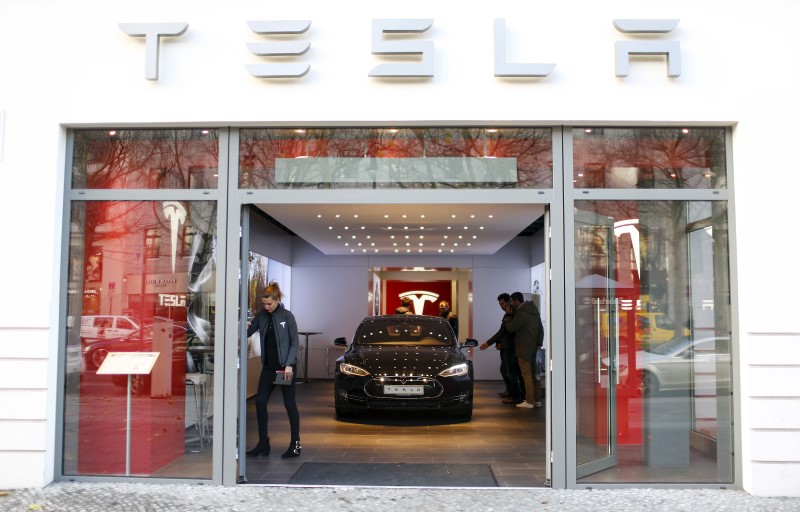 Adding to the positive sentiment, CEO Elon Musk spoke of setting up a production plant in Russia at a Kremlin-sponsored event.

“I think we’re close to establishing a Tesla presence in Russia, and I think that would be great,” Musk said, according to Bloomberg. He was appearing via video link at an event for students called the New Knowledge Forum.

Bitcoin (BitfinexUSD), the crypto with the largest market cap, was relatively calm Friday, after an extremely volatile week, having dropped as much as 30% in one session Wednesday. It was trading close to $41,000, up 1%. Its movement can have a bearing on Tesla’s share price given the company’s hefty holding.

Separately, a separate Reuters report indicated that staff at some Chinese government offices have been told not to park their Tesla cars inside government compounds due to security concerns over cameras installed on the vehicles. The development has been brewing for some time and Tesla has in the past ruled out any misdoing.