Home
Market
Tesla rally fueled by fear of missing out, not short squeeze – investors
Prev Article Next Article
This post was originally published on this sitehttps://i-invdn-com.akamaized.net/trkd-images/LYNXMPEG131XZ_L.jpg 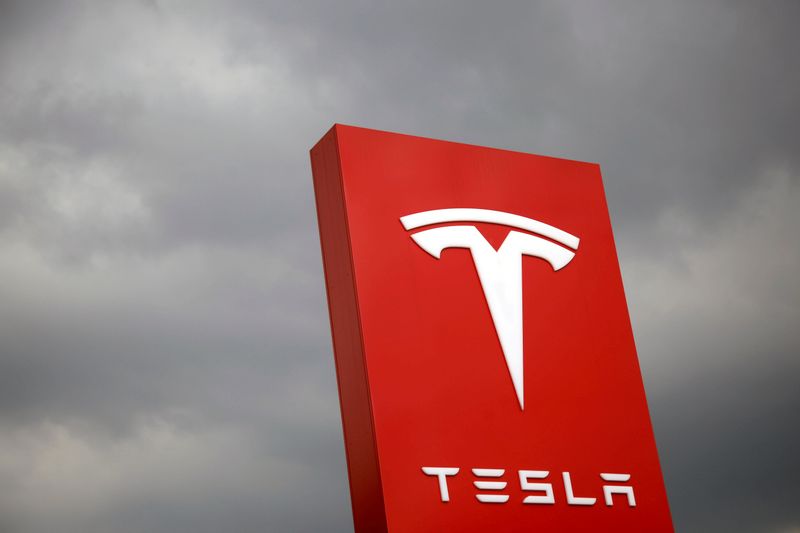 NEW YORK (Reuters) – A nearly 14% gain in Tesla (NASDAQ:) Inc’s stock on Tuesday was likely sparked by investors looking to hop aboard its remarkable rally, rather than a reversal of bearish bets, an analysis of positioning dynamics showed.

While the share price has more than doubled so far this year to $887.06, the gains do not appear to have sparked a reversal of the sizeable short position in them. Short sellers aim to profit by selling borrowed shares and buying them back later at a lower price. As Tesla has rallied 36.4% over the past two days, short sellers have incurred $5.7 billion in paper losses.

Short interest, a measure of how much money is betting on the stock to go lower, has not declined nearly enough to account for the surge in trading volume for Tesla’s shares, said Ihor Dusaniwsky, head of research at financial analytics firm S3 Partners.

One factor driving the rally may be fund managers hurrying to raise their allocation of the stock, said Thomas Lee, managing partner at Fundstrat Global Advisors.

Some fund managers whose portfolios are benchmarked to the Russell 1000 and Russell 1000 Growth indexes may have avoided loading up on Tesla shares due to their volatility and subpar performance in 2019 compared to those benchmarks, he said.

“Last year, it was a name that was tough to own,” Lee said. “People have a lot of catching up to do.”

Some options traders are positioning for even more gains in the electric carmaker’s shares.

The most active Tesla options by trading volume on Tuesday were for calls that could be exercised should Tesla’s share price hit $1,000 by Friday, according to options analytics platform Trade Alert. Those options jumped tenfold to $20 on Tuesday from just $1.98 the previous day.

“It seems to me like there’s rampant, crazy speculation,” said Henry Schwartz, founder of Trade Alert.

While many investors have said the big gains in Tesla are not supported by fundamentals, few may be willing to bet against the recent rally.

“People who are trading (Tesla) on a fundamental basis are really getting hurt here,” said Dennis Dick, proprietary trader at Bright Trading LLC. “Professionals like myself are scared to short it.”