Home
Stocks
Tesla surges after earnings beat, vows to sell more than half a million vehicles this year
Prev Article Next Article
This post was originally published on this site 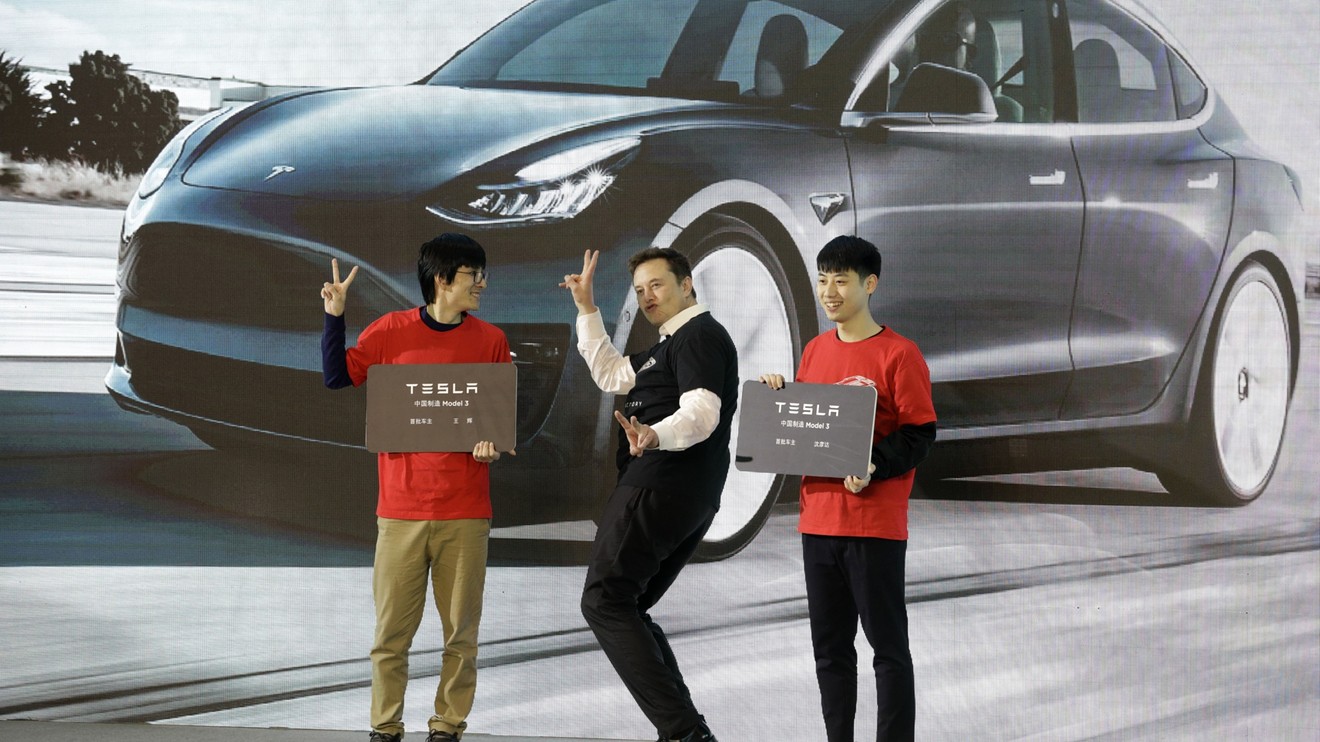 Analysts polled by FactSet had expected the car maker to report adjusted earnings of $1.77 a share on sales of $7 billion.

The after-hours share rally continued as Tesla hosted its conference call with investors, and a mention of potential delays in the Model 3 production in Shanghai due to the deadly coronavirus did nothing to temper investors’ enthusiasm.

Tesla Chief Financial Officer Zach Kirkhorn said during the call that Tesla is expecting “a one to one-and-a-half week delay in the ramp of Shanghai-built Model 3 due to a government-required factory shutdown” related to the virus.

“This may slightly impact profitability for the quarter but is limited as the profit contribution from Model 3 Shanghai remains in the early stages,” he said. “We are also closely monitoring whether there will be interruptions in the supply chain for cars built in Fremont,” but Tesla so far is not aware of anything material, Kirkhorn said.

Tesla delivered “a potentially ‘game changing’ (fourth quarter) with strong profitability and healthy cash flow signaling what could be a new era for (Chief Executive Elon Musk) and Fremont going forward,” analyst Dan Ives of Wedbush said in a note after the results.

The quarterly performance was “impressive with clear momentum looking ahead as a global inflection in EV demand appears on the horizon,” he said. Tesla’s “bull party” is likely to continue, Ives said.

Others were not that convinced. Despite the after-hours rally, “we continue to see risks related to the China factory ramp-up, as well as rising EV competition from auto makers still eligible for the full federal tax credit in the U.S.,” said Garrett Nelson, an analyst with CFRA.

“Tesla also did not provide detail regarding capex related to its new factory in Germany. We view the stock’s current risk/reward as unfavorable at current levels and maintain a sell,” Nelson said.

The company said the production ramp of its Model Y, a compact SUV, started this month ahead of schedule. The Model Y production ramp will be gradual as the company will install additional machinery in its Fremont, Calif., plant, it said.

And thanks to the Model 3 production ramp in its Shanghai plant, “production will likely outpace deliveries this year.” It said it expects production out of its future Berlin factory, serving European markets, in 2021.

“We continue to believe our business has grown to the point of being self-funding,” Tesla said in its letter to investors.

Going into earnings day, analysts had worried Tesla would need a large beat in order to not disappoint investors.

And the 2020 sales guidance was “mind-blowing,” said Argus Research analyst Bill Selesky. “Comfortable above 500,000 units (is) a great thing to hear,” he said. “Keep in mind that when consumers think EV, they automatically think Tesla.”

The stock has been on a tear since mid-December, hitting a string of records that have pushed the company’s valuation above $100 billion, which is more than Ford Motor Co.’s valuation at its peak in 1999.

The shares ended at a record Wednesday, their 16th since Dec. 18.