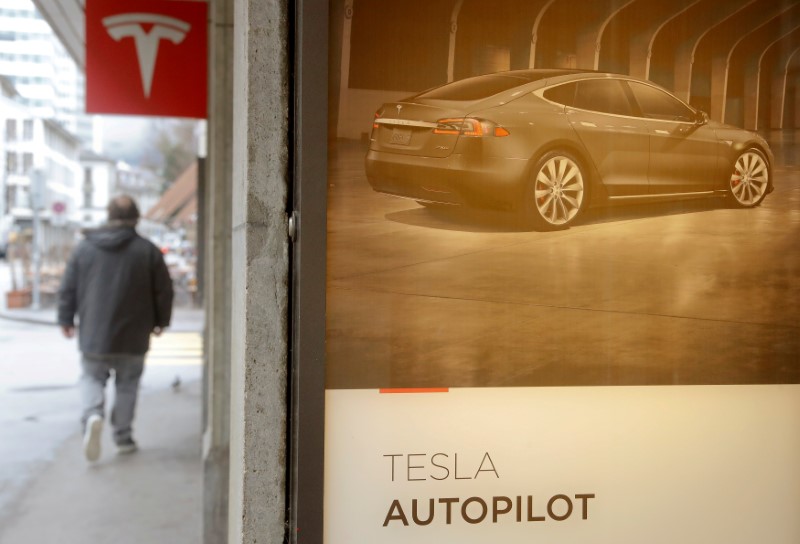 WASHINGTON (Reuters) – Tesla Inc (O:) touted safeguards to its driver assistance system “Autopilot” after a Democratic U.S. senator on Friday urged the automaker to rebrand the system because it has “an inherently misleading name.”

Tesla said in a letter made public Friday that it has taken steps to ensure driver engagement with the system tied to at least three driver fatalities. Tesla said in the letter that in 2019 it introduced new warnings for red lights and stop signs “to minimize the potential risk of red light- or stop sign-running as a result of temporary driver inattention.”

Senator Edward Markey said he believes the dangers of Autopilot can be overcome but he called for “rebranding and remarketing the system to reduce misuse, as well as building backup driver monitoring tools that will make sure no one falls asleep at the wheel.”