Home
Market
Thai bourse to miss expansion target as economy slows
Prev Article Next Article
This post was originally published on this sitehttps://i-invdn-com.akamaized.net/trkd-images/LYNXMPEG0M1AC_L.jpg 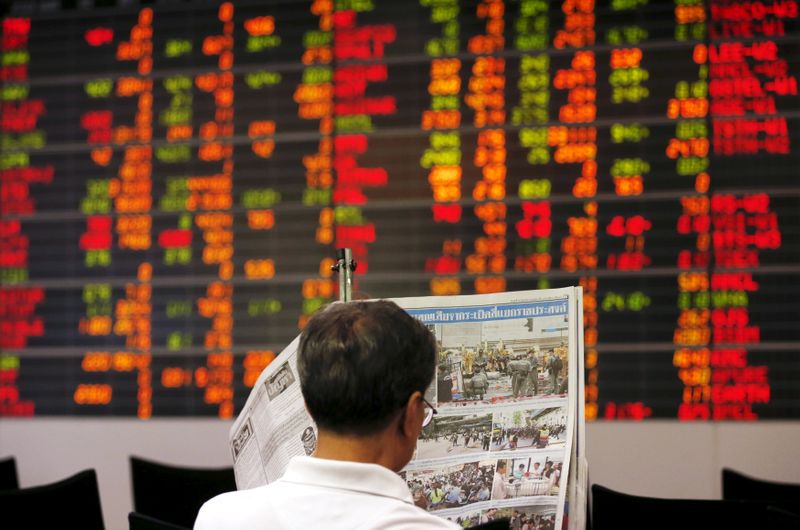 BANGKOK (Reuters) – Thailand’s stock market will not reach its goal to expand by nearly 50% from current levels by 2023, its president said on Thursday, as the country’s economic slowdown is hurting share prices.

The Thai exchange took the top spot for new listings in Southeast Asia in 2019, with companies raising $4 billion according to Refinitiv data.

A number of big issues are also in the pipeline for this year, including Central Retail Corp’s offering next month, which could raise up to $2.4 billion in the bourse’s biggest ever IPO. But economic growth has slowed sharply and the benchmark stock index () has fallen 1.7% in the past 12 months.

“We consider this (the large number of listings) an unexpected plus …. but our long-term plans are based on the economy and industry growth rates,” Pakorn Peetathawatchai, president of SET, told Reuters in an interview.

The Stock Exchange of Thailand (SET), Southeast Asia’s biggest bourse after Singapore, set a target in 2018 to achieve a combined market capitalization of all companies listed of 23 trillion baht ($757 billion) by 2023. That would be up from a market value of 16.6 trillion baht as of Wednesday’s close.

However, the target was based on forecasts that Thailand’s economy would grow by more than 4% annually over those years. The central bank now forecasts 2019 economic growth at 2.5%, a five-year low, and 2.8% for this year as exports have slowed.

“The underlying assumption at the time was 4.5% growth,” Pakorn said.

“Reaching that market capitalization on a slowdown in the global economy is difficult,” he said.

Corporate earnings have been hit by the slowdown, with top lender Siam Commercial Bank Pcl (BK:) reporting a 22% drop in fourth quarter profits from a year earlier as lending shrunk 1.3%.

SET, which hosts 623 listed firms on its main index and another 200 on an alternative investment index, was assessing an adjustment of its goal, Pakorn said. For now it would still aim to add 550 billion baht to market capitalization each year with 250 billion from initial public offers, he said.

Other upcoming listings include the packaging unit of the country’s largest industrial conglomerate Siam Cement Group Pcl (BK:), worth $1 billion, and PTT Oil and Retail, a unit of the state-owned energy firm PTT Pcl (BK:)

“If other big families or conglomerates come in, we can reach our goal,” Pakorn said.

“Companies need funds to invest because of the new economy, which is putting operators in a more competitive environment,” he said.