Home
Stocks
The Conversation: A college president’s advice to students: Don’t borrow to pay tuition
Prev Article Next Article
This post was originally published on this site 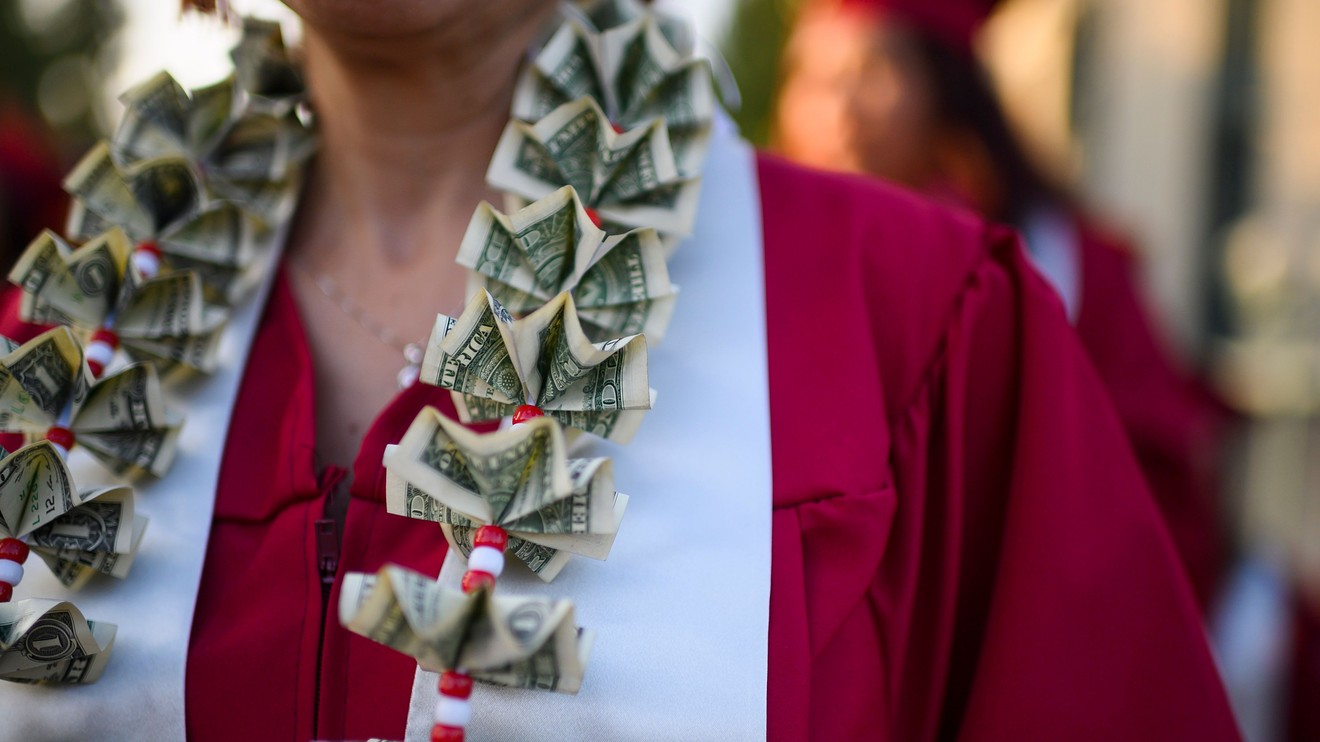 Back in 2017, I started regularly leaving my office at West Texas A&M University in Canyon, Texas, to speak to high-school students in the Texas Panhandle. This past fall, I did the same thing in the South Plains. These two areas are the northern most 46 counties in the state of Texas.

Driving a silver SUV owned by the university, I logged a total of 14,000 miles throughout these two regions over a total of 10 months. I visited 132 high schools with student populations of all sizes.

No matter where I went — and no matter if I spoke with students and families that had a concrete plan for college and others that were less certain — I heard concerns about the cost of higher education.

And my message and response was always the same: “Do not borrow money to attend West Texas A&M University (or any university) for the first two years. If you must borrow, attend community college, but don’t borrow a penny for community college either. Pay as you go.” And I should have added: Live with your parents rent-free as long as possible.

Planning for the future

You might think I was simply on a recruiting tour for the university where I serve as president. Yes, of course, I hoped that my visits helped make the university more appealing. My primary purpose, however, was not recruiting students, but helping them determine a long-range plan to enable them to become what I call “noble citizens” ready to work, engage, think and vote.

Never borrow more than 60% of the anticipated starting salary of your first job.

Of course, you can still be a noble citizen and have a lot of debt. It’s just a lot more difficult. If you are saddled with debt, you’re less able to contribute to the community, at least financially, or purchase a home. As I spoke with students, I shared a few statistics to help illustrate the point.

Some of those graduates will still be paying off their student loans decades later, when they get Social Security checks — either voluntarily or by having those checks garnished. Of Americans over 60, 2.8 million have student loans. While 73% of those are cosigners paying for children or grandchildren, the rest are students paying off their own education loans.

Additionally, a growing number of aging Americans have college debt that they will not pay back before dying.

Default rates for borrowers over 65 are nearly 40%, according to the Consumer Financial Protection Bureau.

Pell Grants, which are federal grants to help low-income students to pay for college, once covered 79% of tuition and fees in 1975 but only covered 29% by 2017 — a downhill slide caused by escalating costs and easy loans.

Some studies suggest borrowing yields an increase in credits earned and academic performance. Despite those benefits, other research shows that student loan debt can have a negative, long-term effect on people financially and emotionally.

I told the students if they must borrow, to never borrow more than 60% of their anticipated starting salary of the first job. This is consistent with what I call the “60% Rule,” which a state higher education agency developed to make sure students don’t borrow more than their degree is worth.

If students borrow, they risk being sucked into a troubling triangle of treachery.

For example, if someone wanted to teach in a small Texas community with a $40,000 starting salary, they should not borrow more than $24,000 to attain a bachelor’s degree. Similar — although more lenient — advice can be found in Forbes, which urged borrowers to never borrow more than their expected first-year salary. (For information about the expected salary for a particular job, check the U.S. Bureau of Labor Statistics.)

In urging students not to take on too much student debt, I also highlighted other paths — aside from college — to noble citizenship: military service, certification programs or family businesses.

A duty to inform

I recognize the responsibility of university leadership to point out the challenges for students and families when borrowing for education. It is difficult for middle-income families to pay the increasing costs of a college education. Informed borrowing is the key issue for students. The need is highlighted for students who are first in their family to attend college and may accept the advice that any college degree is worth whatever it costs. It is not true. And, it is an unfair burden for university leadership to place on students.

But if students borrow for college, in my view, they should be aware that they are possibly being sucked into what I like to call a troubling triangle of treachery.

One side of the triangle is represented by elected officials who encourage everyone to go to college.

The second side is represented by lenders, who — in my view — do little to assess an individual’s ability to repay a student loan. If a student borrows to enroll in a program, limits placed on amounts borrowed are quite high when federal and private loans are combined. And they tend to treat all college degrees, and by inference, employment opportunities as equal. Yet, the employment marketplace reveals that is not the case.

The third side is represented by university leadership, which — in my view — has not done enough to let students know the pitfalls of borrowing.

Just ask the 44 million Americans, many of whom did not graduate, who owe $1.5 trillion in student loan debt.

The tour was a learning experience. The value proposition of American higher education is changing. I saw it in the eyes of 20,000 students across 14,000 miles.

Walter V. Wendler is the president of West Texas A&M University in Canyon, Texas. This was first published by The Conversation — “A college president’s advice to college students of the future: Don’t borrow”

More on paying for college
Prev Article Next Article