Home
Stocks
The Conversation: Finally, signs of a crackdown on emotional support animals on airplanes
Prev Article Next Article
This post was originally published on this site 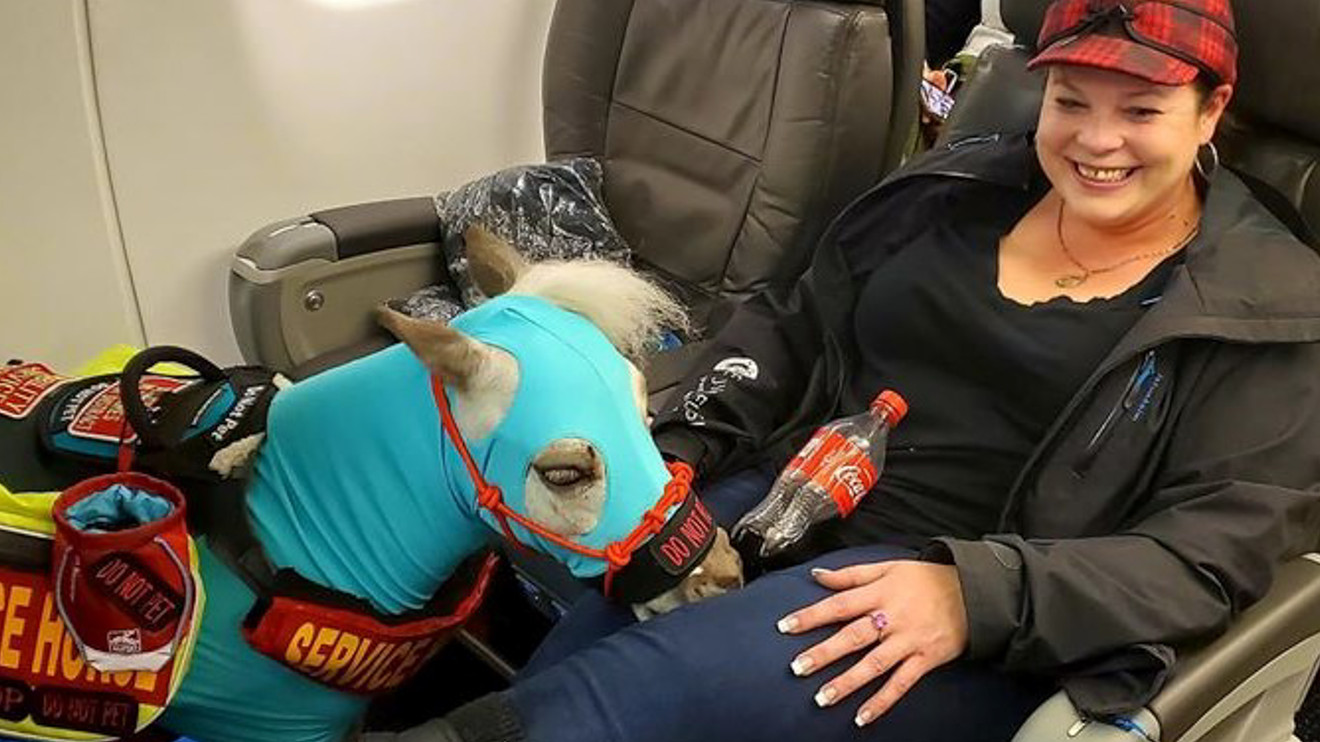 In 2017, Marlin Jackson boarded a cross-country flight. When he got to his row, another passenger was already in the middle seat with an emotional support dog in his lap.

According to Mr. Jackson’s attorney, “The approximately 50-pound dog growled at Mr. Jackson soon after he took his seat…and continued as Mr. Jackson attempted to buckle his seat belt. The growling increased and the dog lunged for Mr. Jackson’s face…who could not escape due to his position against the plane’s window.” Facial wounds requiring 28 stitches were the result.

I can relate. I am a visually impaired person partnering with my fourth guide dog over a 20-year period. In the past decade, I have increasingly needed to cope with clueless handlers allowing their pets to interfere with my dog’s work.

As a professor of ethics, I teach students to consider first the needs of the most vulnerable. I wish I could teach the same lesson to those who risk public safety with their ill-trained dogs, most of whom are emotional support animals, a category not recognized by the Americans with Disabilities Act.

Over the past decade, purported emotional support animals have increasingly appeared in stores, restaurants and airports. While peacocks, pigs and kangaroos make the headlines, almost all the animals found in no-pet zones are dogs. Dog biting, barking, growling, urinating and defecating are top complaints, with one airline reporting an 84% increase in dog-related incidents from 2016-2018.

The influx of inappropriate dogs has also generated unwarranted suspicion toward the approximately 10,000 Americans who, like me, partner with legitimate, trained guide dogs.

Animal public access in the U.S. is currently governed by a patchwork system of inconsistent laws, creating confusion for people with disabilities, citizens and, particularly, gatekeepers — the store managers, restaurant owners and building supervisors tasked with deciding which dogs should be allowed in their no-pet spaces.

In other countries, IDs are issued only to professionally trained service dogs who have demonstrated ability to behave in public. In the U.S., there is no such validation. As a result, pet owners have become increasingly brazen in fraudulently claiming their animals warrant legal public access.

The Department of Justice, which enforces the Americans with Disabilities Act, allows people with physical, sensory, psychiatric, intellectual or mental impairments to have public access with service dogs who have been individually trained to perform tasks that mitigate their owners’ disabilities.

The Department of Transportation and Department of Housing and Urban Development allow service dogs on public transportation and in housing, respectively, but also grant access to people with mental and emotional disorders accompanied by emotional support animals — untrained animals who need only to contribute to their owners’ emotional well being, as any good pet would.

Technically, the individual seeking access with an emotional support animal must have certification of a mental or emotional disorder, which is a much lower standard than the disability requirement of DOJ.

Some mental health professionals have been willing to attest to an individual’s “need” for an emotional support animal without having a professional relationship with them. And none vouches for the appropriateness of specific animals.

Online purveyors of official-looking letters, vests and patches guaranteed to get dogs access in pet-free zones take advantage of the confusion between service dogs and emotional support animals, liberally mixing the classifications. They also fail to mention that the individual seeking such accommodation must have proof of a mental disorder. This omission, itself, is an ethical problem.

A predicament for gatekeepers

Gatekeepers have to weigh the consequences of confronting an individual accompanied by a dog. Denial of access to a disabled handler with a legitimate service dog can result in a $10,000 fine by the DOJ. The fine for a handler who falsely portrays a pet as a service dog or emotional support animal ranges from $100 to $1,000 and happens only if the handler supplies identification or waits for the police.

It is cheaper and easier for gatekeepers to just hope that questionable dogs don’t put patrons at risk. Airline attendants face a unenviable dilemma, as passengers cannot escape aggressive or stressed dogs in the tight confines of an airplane.

Change on the horizon?

In my view, more federal intervention is needed. Medical documentation of disability should be the entry point for service dog access, just as it is for handicapped parking permits. Offering a nationally recognizable ID for service dog owners who voluntarily provide documentation would eliminate some fraud.

Ideally, a dog’s ability to behave appropriately in public should be proven prior to access and affirmed annually by testers, who use a public access test to verify a dog’s manners and handling of disability-specific tasks, such as that developed by Assistance Dogs International or those performed by all U.S. guide dog schools.

Some argue documentation and testing is burdensome or a violation of disabled people’s civil rights. But physicians, who diagnose ADA-defined disabilities, already provide their patients verification for state and federal benefits. Behavior tests assure handlers their dogs can work in stressful situations. And ensuring public safety protects the civil rights of all people.

Deni Elliott is the Eleanor Poynter Jamison Chair in Media Ethics and Press Policy and co-chief project officer on the National Ethics Project at the University of South Florida. This was first published on The Conversation — “Emotional support animals can endanger the public and make life harder for people like me who rely on service dogs”