Home
Stocks
The Conversation: This simple fact may explain why Hollywood films aren’t more diverse
Prev Article Next Article
This post was originally published on this site 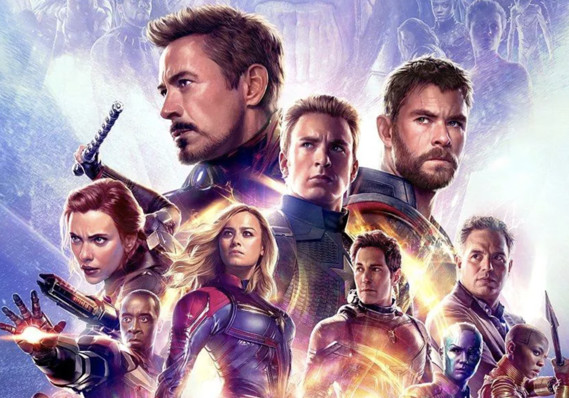 In 2014, a hacker group leaked confidential information from Sony Pictures Entertainment, including a controversial email written by an unnamed producer.

In the email, which went viral, the producer questioned the decision to cast Denzel Washington as the lead in “The Equalizer”:

“I believe that the international motion-picture audience is racist — in general, pictures with an African-American lead don’t play well overseas… But Sony sometimes seems to disregard that a picture must work well internationally to both maximize returns and reduce risk, especially pictures with decent-size budgets.”

Many actors, activists and newspapers have raised concerns related to diversity in Hollywood films. Several organizations, including blackfilm.com and the Geena Davis Institute, now actively monitor and promote diversity in media.

But was the Sony producer onto something in raising concerns about the biases of moviegoers abroad? Is it possible that the lack of nonwhite and female lead characters in Hollywood films is driven, in part, by economic concerns from movie studios? Our analysis of more than 800 films sampled between 2005 and 2012 suggests the answer is “yes.”

Who’s in the movies

In one study, researchers at the USC Annenberg School for Communication and Journalism analyzed the demographic characteristics of over 11,000 speaking characters in hundreds of films and television series released in 2014. Approximately 75% of all actors involved were white. Meanwhile, 12% were black, 6% Asian, 5% Hispanic/Latino and 3% were identified as Middle Eastern or “other.”

We looked at the top-grossing films each year from 2005 to 2012, using information from Box Office Mojo, IMDb, the New York Times movie reviews and Rotten Tomatoes. Our data include the 150 top films each year that were distributed domestically and abroad, excluding G-rated and animated films.

These figures are in stark contrast to the demographics of the U.S. population. According to the U.S. Census Bureau, approximately 51% of the U.S. is female and 35% is nonwhite or Hispanic.

Recently, film studios have faced more intense competition from independent filmmakers, increased globalization and streaming video sources. In this environment, film studios may be inclined to supply movies with characteristics that appeal to more consumers and increase profits.

Since international box office revenue is now more than twice as large as domestic revenue, the economic incentive for studios to cater to the preferences of international audiences is larger than ever. The top five international box-office markets are China, Japan, the U.K., France and India.

Does consumer discrimination in these markets explain the underrepresentation of female and nonwhite actors in Hollywood films?

We analyzed the potential gender and racial biases from the consumer side through their influence on box-office revenue, both domestically and internationally. We looked at the relationship between cast demographics and theater audiences, controlling for other factors that may affect a movie’s success, such as production budgets, release timing, genre, critic ratings and star power.

However, we didn’t find any link between gender diversity and movie revenue. Productions with a female lead character fared as well economically outside the U.S. as those with a male lead.

The results provide convincing evidence that studio executives have legitimate concerns about the relationship between diversity and revenue.

The negative effects of nonwhite characters on profits could explain the racial disparity observed in Hollywood films. In that case, it could be argued that consumer prejudice leads to roles that favor white actors more, because the increased revenue is attractive to studio executives.

This doesn’t mean that preferences of studio executives aren’t at all responsible for the demographic disparity, but it does suggest that market forces are at least partly responsible.

Consumer tastes are a likely factor driving studios’ preference of nonwhite underrepresentation in movies. The revenue implications of international audience preferences are simply too large for studios to ignore.

Roberto Pedace is an economics professor at Scripps College in Claremont, Calif. This was first published by The Conversation — “Why aren’t Hollywood films more diverse? The international box office might be to blame”