Home
Stocks
The Fed: Coronavirus outbreak is a new risk to U.S. outlook, Fed report says
Prev Article Next Article
This post was originally published on this site 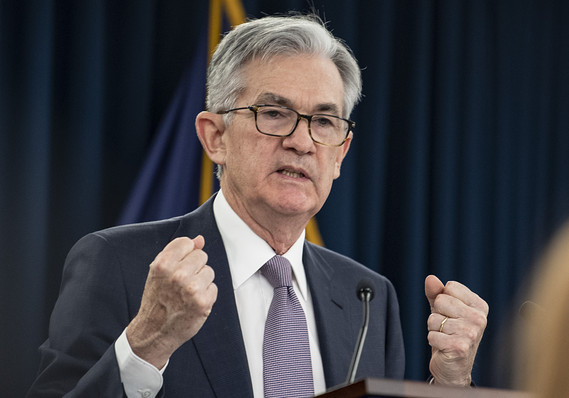 Federal Reserve Bank Chairman Jerome Powell has said the central bank is watching the economic fallout of the coronavirus closely.

The coronavirus is a new risk to the U.S. outlook, the Federal Reserve said Friday.

“The recent emergence of the coronavirus could lead to disruptions in China that spill over to the rest of the global economy,” the Fed said.

The Fed report concluded that the corporate and financial sectors in China are fragile, leaving the Asian giant vulnerable to adverse developments.

Because of the size of the Chinese economy, any significant distress in the Asian giant could spill over into U.S. and global markets through retrenchment of risk appetite, U.S. dollar DXY, +0.21% appreciation and declines in trade and commodity prices, the central-bank report said.

The policy report comes a little over a week after the rate-setting Federal Open Market Committee held benchmark domestic rates steady at a 1.50%-1.75% range.

Fed Chairman Jerome Powell told reporters last week at a news conference following the bank’s updated policy statement, that the outbreak of the coronavirus was a serious issue and would affect the Chinese and global economies. He emphasized that the central bank would be carefully watching developments related to the deadly virus.

Other policy makers have been more upbeat in their recent assessment of the potential of the novel infectious disease to hurt domestic expansion.

China’s central bank said Friday that the coronavirus outbreak would only cause a temporary disruption to the economy.

Mark Haefele, global chief investment officer at UBS, noted that “considerable uncertainty remains” about when the virus outbreak will be brought under control.

Chinese factories are set to reopen next week after the extended Lunar New Year holiday and important indicators will be how long it takes for production to return to full capacity and to what extent the virus spreads he said, in a note to clients.

The discussion of the risks to U.S. financial stability was included in the Fed’s latest monetary policy report to Congress. Powell will testify about the report to separate House and Senate committees next week and the report Friday usually comes ahead of that testimony, formally known as Humphrey-Hawkins.

In other topics, the Fed highlighted risks surrounding the deteriorating quality of corporate debt.

The share of investment-grade debt that is rated in the lowest “triple-B” category, just above levels considered noninvestment grade or junk, is near an all-time high, the report said.

“The concentration of investment-grade debt at the lower end of the investment-grade spectrum creates the risk that adverse developments, such as a deterioration in economic activity, could lead to a sizable volume of bond downgrades to speculative-grade ratings,” the Fed report said.

The concern is that investors would sell the downgraded bonds rapidly, causing “outsize” downward price pressures.

The Fed report also noted the challenge the central bank faces in convincing the public that it is important to return the inflation rate to the central bank’s 2% annual target. Since the financial crisis, inflation has rarely hit the target.

In the town halls with the public conducted throughout 2019, most participants didn’t think inflation running below 2% was a problem, the Fed noted.

Fed officials think low inflation is a worrisome sign of malaise in the economy. Left unchecked, this could lead to subpar growth that may not respond to central-bank rate cuts alone, similar to the recent economic experience in Japan and Europe. Foreign central banks have had to resort to pushing their benchmark rates into negative territory, and this, at least so far, has yielded fairly unimpressive results, experts say.

Stocks DJIA, -0.66%  pulled back in afternoon trading on Friday after the Labor Department showed that the U.S. added 225,000 in January payrolls.