Home
Stocks
The Margin: 5 ways these Girl Scouts selling cookies outside of a marijuana dispensary are marketing geniuses
Prev Article Next Article
This post was originally published on this site 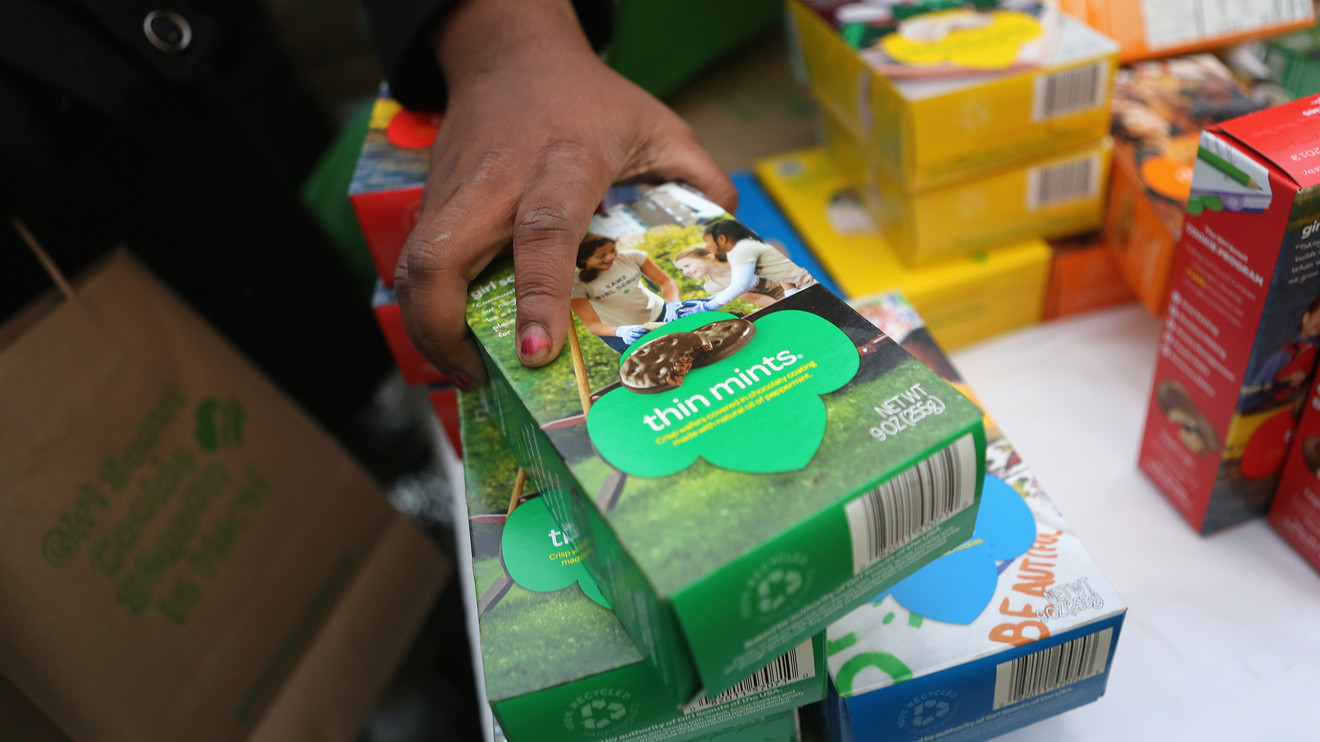 Each winter and spring, the troopers go door-to-door (and office-to-office, and supermarket parking lot-to-supermarket parking lot) selling boxes of the organization’s iconic treats to support their community projects and to teach the young women entrepreneurial skills such as goal-setting, decision-making, money management, people skills and business ethics. More than 1 million Girl Scouts sell more than 200 million boxes of cookies each year, earning about $800 million.

And some are thinking outside of the cookie box. Last Sunday, three Brownies (ages six to seven) went viral for setting up shop outside of the Dispensary 33 marijuana dispensary in Andersonville, a neighborhood on Chicago’s north side. They sold 230 boxes over four hours. At between $4 to $5 a box, that’s around $1,000 — not bad for grade-school entrepreneurs.

Abigail Watkins, the dispensary’s marketing manager, told local news organization Book Club Chicago that the partnership was a no-brainer. “The cookies they’re selling and our clientele, it’s a great match,” she said. “As a former Girl Scout, I admire the hustle.”

A photo of the three girls (and two adults) selling the cookies outside of the dispensary went viral on Facebook FB, -2.11% and Reddit, with one commenter musing, “Remember when the idea was we protected kids from ‘the malign influence of potheads’? And now we need to protect potheads from exploitation by small children.”

They’re not the first troop to scout out cannabis users to spark cookie sales, of course. In February 2018, one anonymous San Diego scout sold more than 300 boxes of Girl Scout cookies in less than six hours by setting up shop outside of the Urbn Leaf legal marijuana dispensary.

A Portland Girl Scout also went viral in 2016 for selling her baked goods outside of the Foster Buds Marijuana Dispensary to raise money for a summer trip to horse camp. She easily exceeded her 35-box goal.

And in 2014, Danielle Lei and her mom sold 117 boxes in two hours on Presidents’ Day by standing outside of the Green Cross medical marijuana dispensary in San Francisco. “It’s no secret that cannabis is a powerful appetite stimulant, so we knew this would be a very beneficial endeavor for the girls,” a dispensary staff member told Mashable at the time.

Of course, Ross (played by David Schwimmer) famously pioneered the sales tactic in an episode of “Friends,” where he helped a scout sell 517 boxes of cookies to stoners outside of a planetarium after a Pink Floyd laser show, as well as by the New York University dorms around midnight. “The key to my success: The munchies! … I am selling cookies by the case,” he said. “They call me ‘Cookie Duuude!”

All kidding aside, this week’s Best Sales merit badge goes to the Andersonville scouts. Here’s what veteran salesman and former marketing manager Kyle Boze told MarketWatch that we can all learn from these Girl Scouts’ targeted marketing strategy.

This story was originally published in 2018, and has been updated with the Chicago-area Girl Scout troop.