Home
Stocks
The Margin: 9 of the most buzzworthy Oscar 2020 moments
Prev Article Next Article
This post was originally published on this site 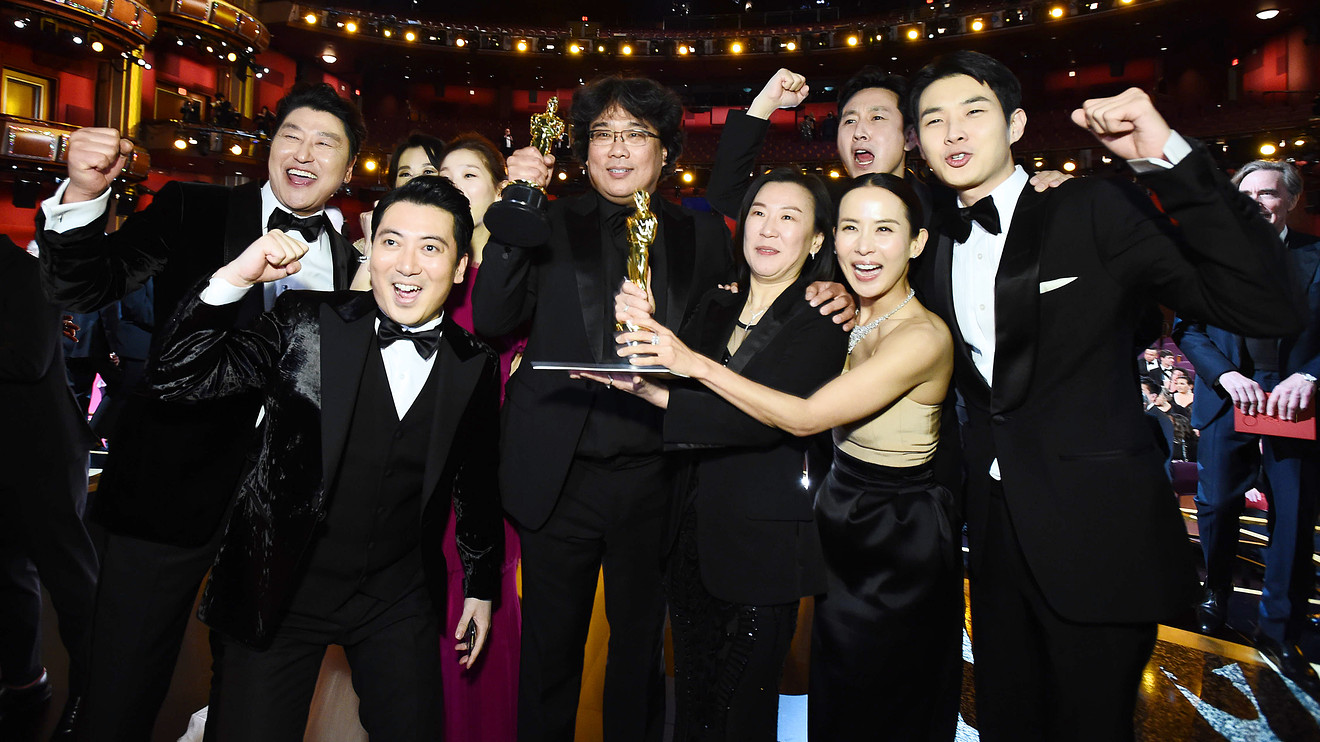 Missed the Oscars on Sunday? (You’re not alone; the ABC telecast saw its lowest ratings for the Academy Awards ever.)

Fear not: From “Parasite” winning the night and Jeff Bezos getting roasted (not to mention Joaquin Phoenix possibly killing your taste for cow’s milk forever), these are some of the most viral moments and memes from the 92nd Academy Awards.

Janelle Monae celebrated the snubs. The #OscarsSoWhite and #OscarsSoMale hashtags were floating around again for this year’s awards, as there was only a single nominee of color in the acting categories (Cynthia Erivio for “Harriet”), and women were completely shut out of Best Directors field. So singer Monae opened the Oscars broadcast with a jazzy number featuring dancers dressed as characters from the black actor–led films that were snubbed by the Academy, including “Queen & Slim,” “Us” and “Dolemite Is My Name.” What’s more, she sang, “It’s time to come alive, because the Oscars is so white.”

Related: Ricky Gervais isn’t hosting the Oscars, but that doesn’t stop him from slamming the ‘disgusting, narcissistic plague’ anyway

She also gave a shout-out to “all the women who directed phenomenal films,” adding, “I’m so proud to stand here as a black, queer artist, telling stories. Happy Black History Month!”

“He’s got cash,” Rock said of the CEO worth $129.2 billion, according to Forbes. “When he writes the cash, the bank bounces.” And he didn’t stop there: “Jeff is so rich, he got divorced and he’s still the richest man in the world. He saw ‘Marriage Story’ and thought it was a comedy.”

But Martin wasn’t biting. When Rock asked, “Steve, do you have anything you want to add about Mr. Bezos?” Martin said, “No, I like getting my packages on time.”

Brad Pitt got political. While picking up his first-ever acting Oscar for “Once Upon a Time in Hollywood,” Pitt called out the Senate Republicans who acquitted President Trump of impeachment last week. “They told me I only have 45 seconds to give this speech, which is 45 seconds more than the Senate gave John Bolton this week,” he said, adding that “I’m thinking maybe Quentin [Tarantino] does a movie about it, and in the end, the adults do the right thing.”

Billie Eilish became a meme. As comedians Kristen Wiig and Maya Rudolph performed a comedic singing bit while presenting the production and costume design categories, the camera panned to the 18-year-old Grammy-winning singer, whose confused expression was priceless.

The “In Memoriam” segment left out Luke Perry. While Eilish performed the Beatles’ “Yesterday,” the Academy Award followed its longstanding tradition of paying tribute to the showbiz icons that we lost over the past year — and, leaving some out. It led the segment with a tribute to Kobe Bryant, and highlighted legends like Doris Day and Kirk Douglas. But viewers noticed that “Beverly Hills, 90210” star Luke Perry was overlooked, even though he had a cameo in “Once Upon a Time in Hollywood,” which won two Oscars. Disney Channel star Cameron Boyce was also overlooked.

Eminem gave a surprise performance of “Lose Yourself.” Many viewers almost immediately turned around and used that “confused Billie Eilish” meme to express their puzzlement at rapper Eminem (aka Marshall Mathers) rapping his Oscar-winning single from 2002’s “8 Mile.” While he got a standing ovation at the end, audience members such as Martin Scorsese were caught on camera looking puzzled by the performance.

a montage of crowd shots during Eminem’s performance at the Oscars pic.twitter.com/6hEkeMfGgc

Eminem skipped the Oscars in 2003, when his song won, and he explained on Twitter TWTR, -3.28%   that, “Look, if you had another shot, another opportunity… Thanks for having me,” adding, “Sorry it took me 18 years to get here.”

Joaquin Phoenix and Renee Zelleweger gave some crazy acceptance speeches. The winners for Best Actor and Actress embraced their moment on stage. Phoenix, who won for “Joker,” managed to pay tribute to his late brother River Phoenix, call for equality … and make people feel really weird about drinking milk.

In calling out mankind for its “plunder” of the natural world, he went off on a tangent about cow’s milk. “We feel entitled to artificially inseminate a cow, and when she gives birth, we steal her baby,” he said. “And then we take her milk that’s intended for her calf, and put it in our coffee and our cereal.”

Read more: ‘We feel entitled to artificially inseminate a cow and steal her baby.’ Is Joaquin Phoenix tapping into a larger movement?

When it was Zelleweger’s turn to accept the honor for her rule in “Judy,” she gave lengthy thanks to the U.S. military, Judy Garland, her parents, and heroes such as teachers, first responders and firefighters. “They unite us,” she said. “When we look to our heroes, we agree, and that matters.”

Olivia Coleman revealed that winning an Oscar is an aphrodisiac. Last year’s Best Actress winner for “The Favourite” got royally risque while presenting the Best Actor award this year. “Last year was the best night of my husband’s life. He actually says that. And I’ve given birth three times,” she joked about her post-Oscar win sex life, while the audience roared. “So I hope you’re all having as good a time as he did, and as I did.”

Olivia Colman on her 2019 Oscar win: “Last year was the best night of my husband’s life.” https://t.co/8kz7m5vtnF #Oscars pic.twitter.com/QB5H89liTf

“Parasite” director Bong Joon Ho won the night. He took home four Oscars on Sunday, for Best Original Screenplay, Best International Feature Film, Best Director and Best Picture, which matched Walt Disney’s DIS, +0.77% record for most Oscars won by a one person in a single night, which was set in 1954. Besides making history for this and for his movie becoming the first non-English-language film to win Best Picture, Joon Ho won hearts with his modest and overjoyed acceptance speeches, as well as his promise to “drink until next morning” in celebration. [Meanwhile, the broadcast got booed for cutting off the lights on stage while the “Parasite” cast and crew were accepting the night’s biggest award.]

Parasite wins Best Picture to close out the #Oscars! pic.twitter.com/aaAufHlJ1A

He also paid tribute to his fellow “Best Director” nominees, including Scorsese and Quentin Taratino. “When I was young and starting in cinema, there was a saying that I carved deep into my heart, which is, ‘The most personal is the most creative.’ That quote was from our great Martin Scorsese … When people in the U.S. people were not familiar with my films, Quentin always put my films on his lists. And Todd [Phillips] and Sam [Mendes], great directors that I admire,” he said. “If the Academy allows, I would like to get a chainsaw and split the [Best Director] award into five and share it with all of you.”