Home
Stocks
The Margin: ‘I build the best product!’ A section of Donald Trump’s border wall gets blown over and his critics are loving it
Prev Article Next Article
This post was originally published on this site 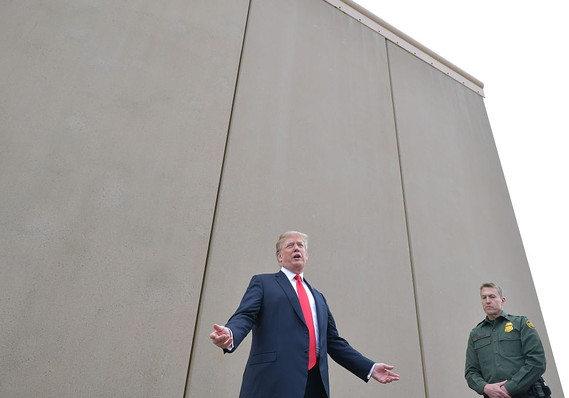 A freshly installed section of President Trump’s “virtually impenetrable” U.S. border wall got blown over by high winds on Wednesday, according to several reports, with local Mexicali officials scrambling to divert traffic.

Agent Carlos Pitones of the Customs and Border Protection sector told CNN that the sections that gave way had recently been set in a new concrete foundation in Calexico, California and that the concrete had not yet cured.

Here’s some footage from the Guardian:

This comes a few months after Trump visited the wall near where this section fell and said, “This wall is not something that can be really knocked down.” Earlier this week, just one day before the gusty winds took their toll, Trump told a crowd in New Jersey that the wall was “going up at record speed”.

Of course, rivals and critics were quick to pounce, including presidential hopeful Tom Steyer, who used Trump’s own words to lampoon him:

“I own buildings. I’m a builder; I know how to build. Nobody can build like I can build. Nobody. And the builders in New York will tell you that. I build the best product.” –@realDonaldTrumphttps://t.co/Ygj6vKqrdQ

They were getting a kick out of it overseas, as well:

What a perfect visual metaphor for a presidency fuelled by hot air. #TrumpWallFalls https://t.co/YGGT5k0AbD

Earlier this month, The Wall Street Journal reported the Trump administration’s planning to move another $7.2 billion from the military to wall construction.