Home
Stocks
The Margin: If every Time ‘man of the year’ had been a woman, here’s whom the magazine would have picked
Prev Article Next Article
This post was originally published on this site 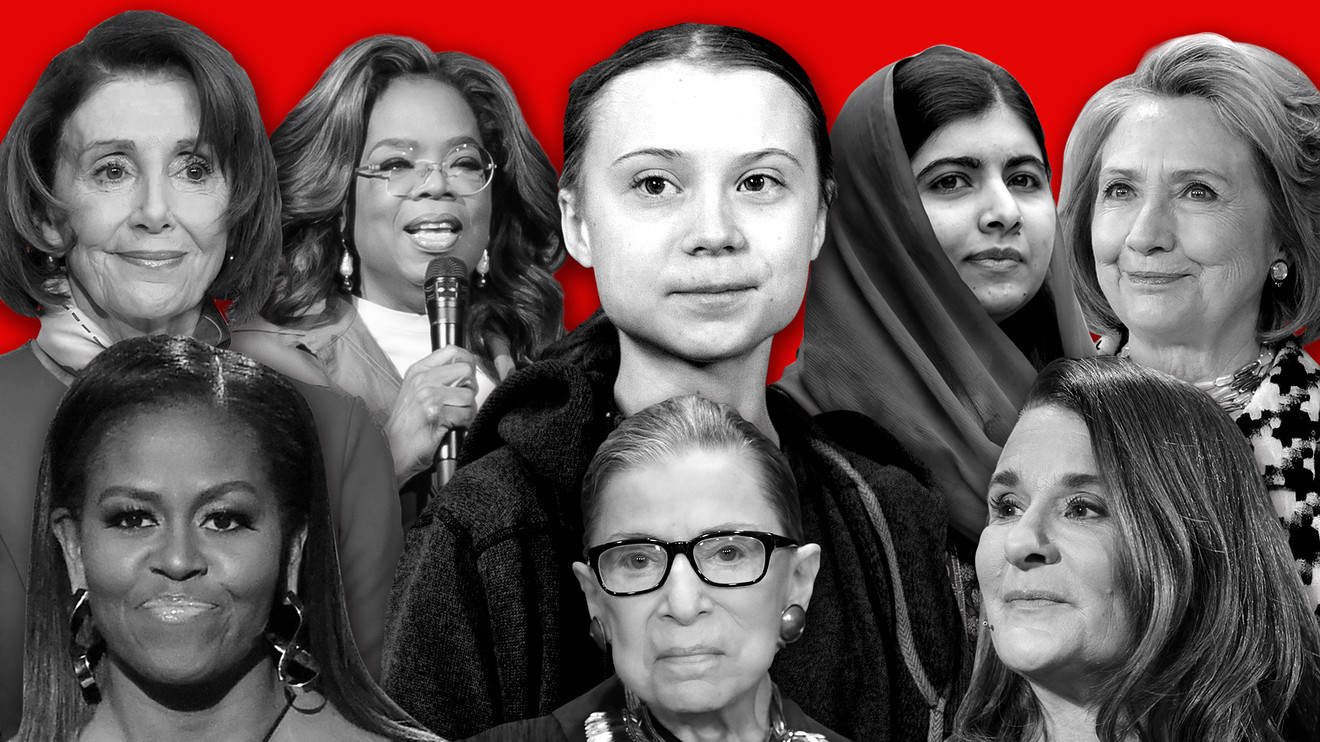 As the saying goes, behind every great man is a great woman. And Time magazine is recognizing that behind every one of its man-of-the-year covers over the last century, there have been great women deserving of recognition but often overshadowed.

So now the publication is more or less retconning that issue with its new 100 “Women of the Year” list, which highlights the women (or, groups of fierce females in business, politics, STEM, equal rights, sports and entertainment) who have deserved to grace its covers from 1920 through 2019.

Granted, Time magazine (owned by Salesforce CRM, -3.46% CEO Marc Benioff) did switch to naming a person of the year in 1999, with teen climate activist Greta Thunberg getting the nod last year. But the new list released in time for Women’s History Month has drawn up 100 covers featuring all of these women — including 89 new covers designed to fit the era they feature, such a charcoal drawings for the 1920s covers, while also re-releasing the 11 original covers that featured a woman as the person of the year.

“The world has changed and Time has too, but there have always been women worthy of Time’s cover,” wrote Time’s executive editor, Kelly Conniff, in the cover story, explaining that the 100 finalists were selected from 600 nominations by the magazine’s staff and experts around the world. “The feminist movement is always about progress, and acknowledging the role of women in history is as much about looking ahead as it is about re-examining the past.”

Many of the honorees are U.S. political figures, including former Secretary of State Hillary Clinton, who became the first female presidential nominee of a major U.S. political party in 2016, and Clinton’s fellow first ladies Eleanor Roosevelt (representing the year 1948), Jacqueline Kennedy (1962) and Michelle Obama (2008).

Supreme Court Justice Ruth Bader Ginsberg (1996) and retired Justice Sandra Day O’Connor (2000) are also on the list. Nancy Pelosi (2010), the first female speaker of the House who was instrumental in passing the Affordable Care Act and launching the recent impeachment trial against President Trump, is also recognized.

And civil-rights leaders including the Bus Riders (Rosa Parks, Claudette Colvin, Aurelia Browder and Mary Louise Smith in 1955), the Black Lives Matter co-founders (Patrisse Cullors, Alicia Garza and Opal Tometi for 2013) and the #MeToo movement’s Silence Breakers (including Ashley Judd and Rose McGowan in 2017) are celebrated, as well. So is Nobel Peace Prize winner Malala Yousafzai (2009), who was shot in the face by a Taliban gunman on a school bus in Pakistan in 2012 yet never ceased speaking out.

Female leaders in business and labor include Coco Chanel, described as a “shrewd businesswoman” who developed one of the world’s most famous perfumes as well as the iconic Chanel suit — not to mention the iconic logo of two linked C’s. She graces the 1924 cover.

Melinda Gates, who appeared on the 2005 cover with her husband and Microsoft MSFT, -2.51% founder Bill Gates and U2 frontman Bono, gets some ink for herself this time around. She recently donated $1 billion to promote gender equality, after all, along with giving away more than $50 billion as part of the Bill and Melinda Gates Foundation. And media mogul Oprah Winfrey gets kudos for evolving with time, including investing in Weight Watchers WW, -5.97% and bringing her book club to Apple’s AAPL, -3.24% Apple TV+.

The special issue also celebrates women breaking gender and racial barriers while at the top of their games in sports and entertainment, including tennis star Serena Williams (2003) and track legend Florence Griffith Joyner (1988). It also sings the praises of artists like Madonna (1989), Beyoncé (one of Forbes’ top self-made women worth $400 million, for the year 2014 when she dropped her surprise album) and soul legend Aretha Franklin (1968), as well as “Harry Potter” creator J.K. Rowling (1998), who dreamed up a $25 billion–plus wizarding world empire, and was the highest paid author in 2019 once again while sitting on a reported $92 million fortune.

1941: Jane Fawcett and the Codebreakers