Home
Stocks
The Margin: Jennifer Lopez and Shakira’s music sales spike after their viral Super Bowl halftime show
Prev Article Next Article
This post was originally published on this site 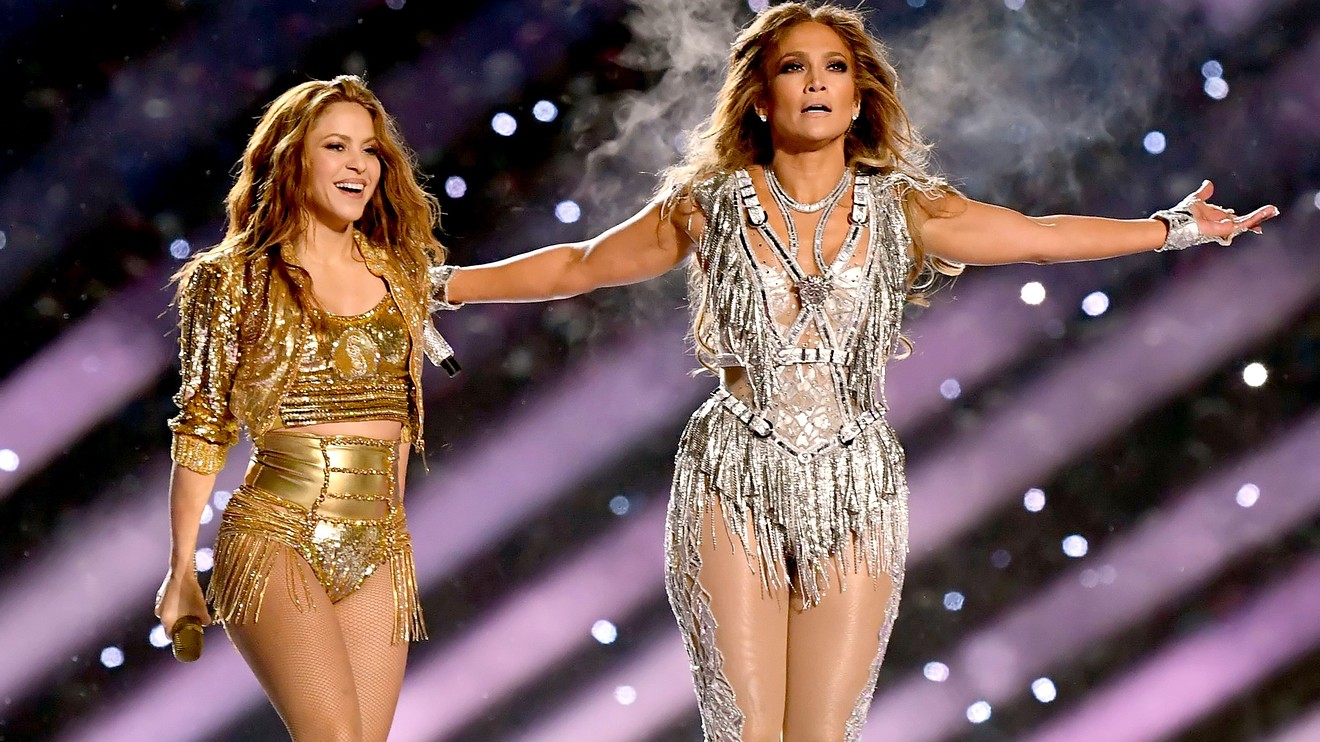 Shakira and Jennifer Lopez weren’t paid to perform the 2020 Super Bowl halftime show — but their roughly 15-minute set is still paying off.

The “two little Latin girls” — as J-Lo dubbed the duo in an Instagram FB, +1.13%  post just hours before their showstopping performance aired live on Fox FOX, +1.38%  — performed a bilingual medley of 14 of their greatest hits during Sunday night’s game, which saw the Kansas City Chiefs rally to beat the San Francisco 49ers in Miami.

And with viral moments such as Shakira’s meme-orable tongue flicking, J-Lo showing off her “Hustlers” moves while pole-dancing in a sparkling body suit, as well as the nods to the border crisis by showing kids in cages, viewers were still talking about #HalftimeShow2020 and its set list on Twitter TWTR, +1.82%  and searching for the performances on Google  GOOG, +3.61% well into Monday afternoon. Here it is below:

As a result, those collected songs saw a whopping 1,013% sales increase in the U.S. on Sunday, Feb. 2, according to initial Nielsen Music sales data reported by Billboard. The singles sold 16,000 digital downloads all together on Sunday, which was up from a little more than 1,000 collectively on Saturday, Feb. 1.

And in the hours after their halftime performance, Spotify SPOT, +3.68%  streams of Lopez’s music rose by more than 335% and Shakira’s music by about 230%, compared to the same window a week ago. Shakira’s “Empire” saw the biggest bump, however, with streams increasing 2,135%.

While J-Lo commands $2.2 million for each performance on tour, according to Forbes, and Shakira rakes in $1.6 million, the women weren’t paid for the show itself (although their expenses and production costs were covered by the NFL.) Rather, these headliners — like performers such as Beyonce and Bruno Mars before them — are hustling for the exposure. The Super Bowl is typically the most-watched television broadcast in the country each year; the 2015 match-up between the Patriots and the Seahawks pulled in 144.44 million viewers, taking the crown as the most-watched Super Bowl of all time. Fox was selling 30-second commercial slots for as much as $5.6 million in November — and the half-time show performer(s) get almost 15 whole minutes of airtime to themselves.

So after Lady Gaga played the 2017 halftime show, her album sales jumped 1,980%, according to BuzzAngle Music as reported by Forbes. She sold 24,075 albums on Super Bowl Sunday, and 14,364 more the next day. Pandora told MarketWatch that the “Shallow” singer saw a 1,400% surge in artist station adds on the radio platform. And in the hour following Justin Timberlake’s 2018 Super Bowl halftime performance, his Spotify streams spiked 214%, Billboard reported. His artist station adds jumped 175% on Pandora. Last year, Maroon 5’s halftime show boosted the band’s sales by 434%.

More sales and streaming figures are expected to be released this week.