Home
Stocks
The Margin: Kobe Bryant’s death: Messages of shock and sadness pour in
Prev Article Next Article
This post was originally published on this site 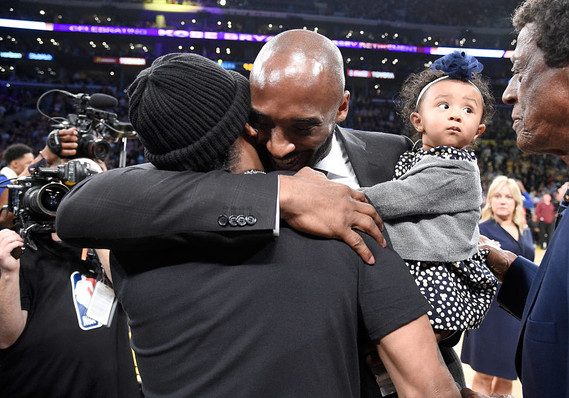 Kobe Bryant, one of the all-time NBA greats — a legend even before he finally hung it up in 2016 — was reportedly killed in a helicopter crash on Sunday.

TMZ reported that Bryant was one of at least four passengers in the private helicopter flying over Calabasas, Calif., when a fire broke out and caused the chopper to fall from the sky, killing everyone on board.

Bryant’s wife, Vanessa, was reportedly not among the victims, but apparently his 13-year-old daughter, Gianna, died in the crash. Here’s a recent video of Bryant and Gianna together at a basketball game:

Kobe and Gigi courtside breaking down the game 📋 pic.twitter.com/FxqSjVx6ew

There was an outpouring of shock across social media, where Bryant’s last message on Twitter TWTR, -2.07% were words of congratulations for LeBron James, who’d just taken Bryant’s place as No. 3 on the NBA scoring list:

Continuing to move the game forward @KingJames. Much respect my brother 💪🏾 #33644

More than a million messages of heartbreak and remembrance blew up on social media as word of Bryant’s death spread around the globe.

From the sports world:

Man not Kobe… Prayers to his family and friends! #RIPMamba

Man I don’t even know where to start😭😭 I started playing ball because of KOBE after watching the 2010 finals. I had never watched ball before that and that finals was the turning point of my life. I WANTED TO BE LIKE KOBE. I’m so FREAKING SAD right now!!!!

A once in a generation athlete, Kobe had a thirsty mind. He had his own marketing firm, won an Oscar, had a million ideas. He liked it best when we’d talk about anything other than basketball. #RIP

I love you Kobe

I can’t believe that my hero and friend is gone too soon. I’m numb. pic.twitter.com/VOZtxqfvJA

Like everyone, I’m stunned and saddened by the news about Kobe Bryant. My heart is broken for his wife and family.

From the political arena:

Reports are that basketball great Kobe Bryant and three others have been killed in a helicopter crash in California. That is terrible news!

This is the worst news. Kobe is an all-time great who had his entire life ahead of him. My heart goes out to his family, his fans and the millions of people whose lives he touched. Today Kobe is the greatest of all time. 🙏🏀 https://t.co/saR4dJ7412

We have no words to express how shocked we are to hear of the tragic passing of one of the greatest sportsmen of all time and Rossonero fan, Kobe Bryant. All our thoughts are with the families of those affected by this tragic accident. You will forever be missed, Kobe 🙏❤️🖤 pic.twitter.com/FOd365chEL

Bryant was a Los Angeles Laker for two decades, winning five championships and making 18 All-Star Games before his retirement in 2016.