Home
Stocks
The Margin: One look at this scary clip and you’ll be glad you weren’t flying around Europe during Storm Ciara this weekend
Prev Article Next Article
This post was originally published on this site 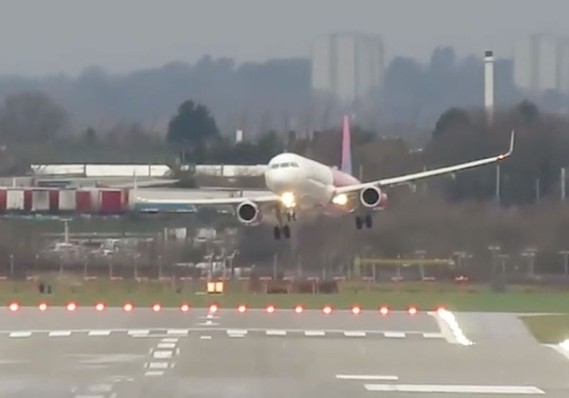 Better get that paper bag ready.

A Wizz Air plane, originally destined for London Luton from Warsaw, was reportedly diverted to Birmingham, where, as you can see by this scary footage, it got caught in the whipping winds of Storm Ciara:

The Wizz Air flight wasn’t the only one having major issues trying to land. Check out this aborted attempt at Heathrow on the same day:

Storm Ciara caused problems across Europe over the weekend, with tens of thousands of passengers grappling with canceled flights. London Heathrow airport, the busiest in Europe, was hit hardest, according to the Independent, with some 300 arrivals and departures grounded.