Home
Stocks
The Margin: One woman’s miserable experience trying to get tested for the coronavirus
Prev Article Next Article
This post was originally published on this site 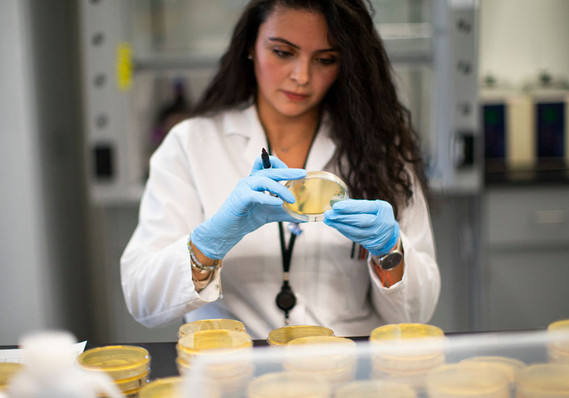 A Seattle woman claiming to have “all symptoms” of the coronavirus shared her exhausting tale of trying to get tested.

Under the name “Sketchy Lady,” her detailed account of an “incredibly frustrating” experience with the CDC went viral on Twitter TWTR, -2.28% overnight.

I live in Seattle, I have all symptoms of COVID-19 and have a history of chronic bronchitis.

Since I work in a physical therapy clinic with many 65+ patients and those with chronic illnesses, I decided to be responsible and go to get tested. This is how that went.

I called 2 primary care doctors. One told me they don’t know where to get testing, and that I should not to seek out testing. The other one told me to go to an urgent care or ER.

I called the Urgent Care, they also had no idea where tests are, but told me to call the hospital.

The lady with the hotline was very kind and professional and understood my concern about my own health and those at my clinic. (Which is currently being sanitized). However, I was told I do not qualify for testing. And I was not given a timeline or info on current resources.

The only way I can get treated is if my symptoms get so bad I develop pneumonia or bronchitis, which is very likely in my case. Then I’ll be in the ER and quarantined for several days while waiting for a test and for the results to come back.

To sum up: this is not contained. No one knows what the fuck is happening. I can’t work. WASH YOUR FUCKING HANDS.

At last count, there were a total of 92,314 cases of COVID-19 and at least 3,131 deaths, according to Johns Hopkins Whiting School of Engineering. In the U.S., a cluster of infections in Washington, home to “Sketchy Lady,” has led to the deaths of six people there, with a total of 107 confirmed cases.

That number is expected to rise due to expanded testing in the wake of botched attempts early on. “Clearly, there have been problems with rolling out the test,” Thomas Frieden, former director of the C.D.C. told the New York Times. “There are a lot of frustrated doctors and patients and health departments.”

Michael Osterholm, an epidemiologist at the University of Minnesota, called it a “silent epidemic” that won’t be silent any longer. “Testing will show it.” he told the Times. “This is not a surprise — it shouldn’t have been.”