Home
Stocks
The Margin: ‘This is the inside of a tornado right now.’ Journalist films Nashville tornado hitting a local news station
Prev Article Next Article
This post was originally published on this site 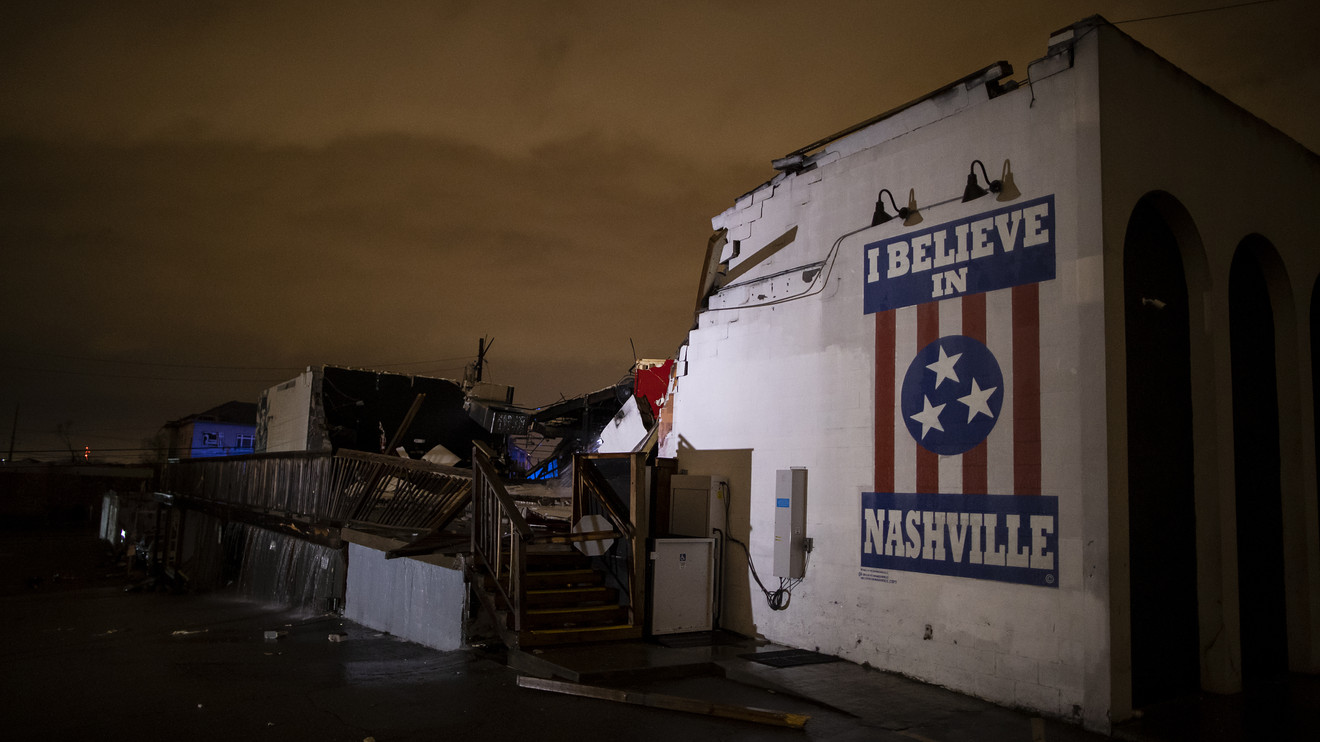 Tornadoes were reported three times along a 145-mile stretch between 11 p.m. and just before 2 a.m. CT, the National Weather Service reported.

One twister tore through downtown Nashville, and photojournalist Dan Blommel filmed the violent storm striking CBS affiliate WTVF in the city as a fellow reporter described the terrifying scene.

“There it is! Inside! Go! Now! Get inside, folks” the reporter says to fellow storm watchers at the news station in the clip that has gone viral on Twitter. The video shows winds whipping debris past the station, as well as power flashes — or flares caused by electrical discharges from damaged electrical equipment.

“This is the inside of the tornado right now,” the reporter says. Watch it here:

WATCH: Reporter describes the harrowing moment a tornado hits CBS affiliate WTVF in Nashville. “This is the inside of the tornado right now.” https://t.co/0cgp7ZMhzQ pic.twitter.com/DXUrqNvPMv

Another tornado spotter shared footage of a huge funnel cloud appearing to move past the Rosebank area of east Nashville.

By Tuesday morning, storm survivors were sharing powerful images of the storm’s aftermath on social media.

At a legendary music venue in East Nashville, the building was nearly destroyed, but the iconic “I believe in Nashville” mural remains.

It’s a sign of hope and redemption that made it through a night of terror. #NashvilleTornado pic.twitter.com/0qDAyIznWI

Before and after: Burger Up, Basement East, Family Dollar, and Molly Green 💔 #nashvilletornado #NashvilleTN pic.twitter.com/IysVbpMDoM

A deadly tornado struck the Nashville area in the early hours of Tuesday. https://t.co/SPsh3yBf8p pic.twitter.com/P1QHkNRm64

Here’s a look at Main Street, the busiest street in East #Nashville. It’s closed while crews try to remove debris and restore power. This is a clothing store Molly Green—demolished. @WKRN pic.twitter.com/DRQ2hYR9ov

Nashville mayor John Cooper tweeted “Nashville is hurting, and our community has been devastated,” but expressed optimism that “Together, we will get through this and come out stronger.”

Schools, courts, transit lines, an airport and the state capitol were closed, the AP reported, and some damaged polling stations had to be moved just hours before Super Tuesday voting began. It was still unclear on Tuesday morning just how much the disaster would impacting voting in Tennessee, one of the 14 Super Tuesday states.

Tennessee Gov. Bill Lee said the death toll grew to nine on Tuesday, with more people among the missing.

“It is heartbreaking. We have had loss of life all across the state,” Lee said.