Home
Stocks
The Margin: ‘Total f***ing anarchy!’ Costco shoppers share funny/scary tales of preppers getting ready for a coronavirus outbreak
Prev Article Next Article
This post was originally published on this site

One look at the Costco group on Reddit — home to more than 60,000 members — and you might get an idea as to why shares of the wholesale giant closed up almost 10% in Monday’s bounce-back trading session.

The shared images were mostly comprised of crowds and empty shelves: 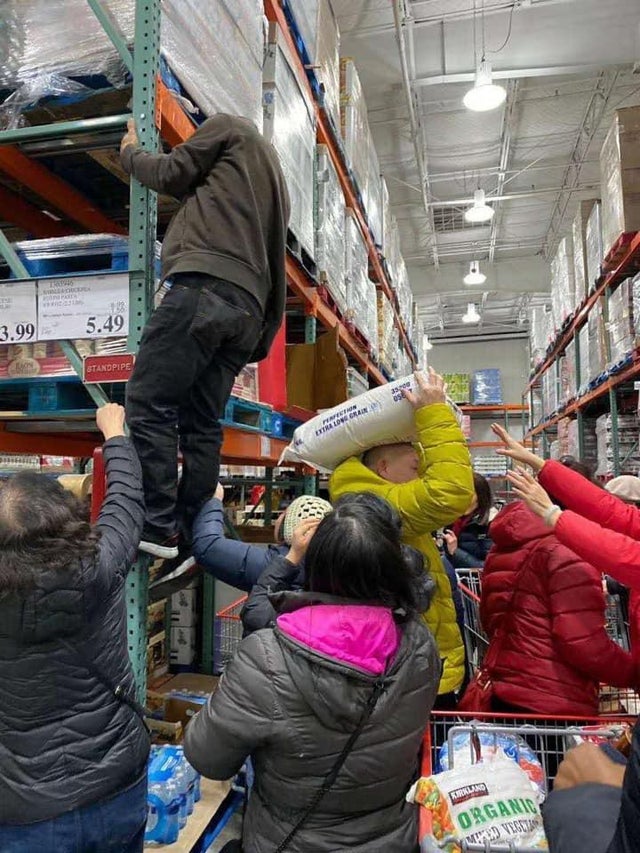 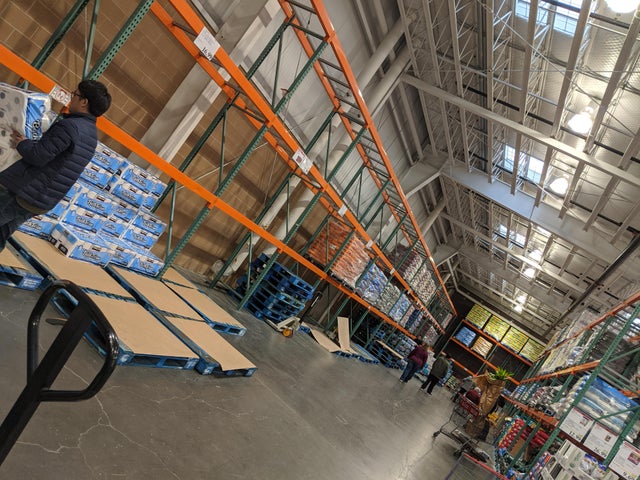 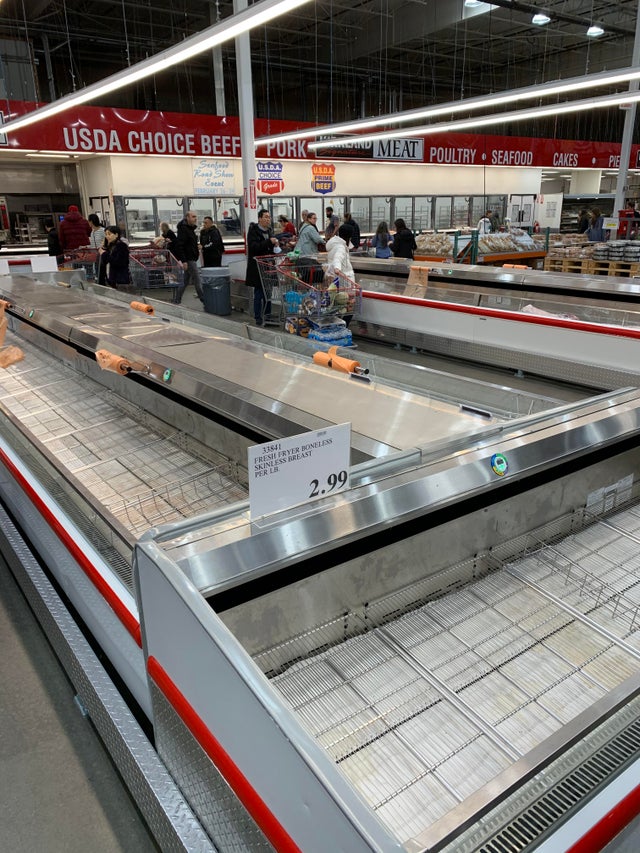 The comments sections gave some color from the front lines:

“Signs were up that they were out of toilet paper, paper towels and bottles of water. Even with that, inside people were stocking up on food, drinks… darn near everything it seems. Going up and down the aisles, seeing pallets empty and people loading up their carts… it was just surreal all the panic buying that is going on.”

“It was total f**king anarchy.”

“We sold out of toilet paper yesterday, which hasn’t happened at our Costco in 30 years. It was a horrible day to work and I am dreading work today.”

This video of “panic buying” in Hawaii racked up the clicks. “At the busiest Costco in the U.S., located in urban Honolulu, there’s a run on toilet paper,” Ryan Ozawa wrote. “Staff maintain order and bring out inventory as fast as they can, managing a line that runs the length of the store”:

The top Reddit post, which is a link to this tweet, serves as a reminder that a sense of humor can be a helpful way to navigate uncertain times:

There was plenty of that elsewhere on the internet, as well:

We are at #Costco. It’s a madhouse. Every cart has like survival essentials and the guy at guest services said every Costco in Hawaii is completely sold out of toilet paper. One guy is stocking up on margaritas and he’s who I really want to have nearby when #coronavirus hits.

I was sent to a Costco to see if people are stocking up (even though health officials say it’s not necessary) in case COVID-19 gets more serious here. This guy came out of the store with 16 boxes of condoms and a big jar of coconut oil. We all have priorities. pic.twitter.com/C3edUsgZzH

Meanwhile, Costco COST, +9.96% appears to be profiting nicely as fears of an outbreak heighten. Oppenheimer analysts, after visiting a store in New Jersey over the weekend, came to the same conclusion as the Reddit bunch.

“Historically we rarely see out-of-stocks at Costco,” they said. “Even with strong demand in categories such as bottled water and paper towels, employees were constantly bringing out new pallets onto the floor. Costco likely capitalized more than other players in meeting the consumer surge for these in-demand items.”