Home
Stocks
The Margin: Two hot dogs or four pieces of bacon a week raise your risk of heart disease, death
Prev Article Next Article
This post was originally published on this site 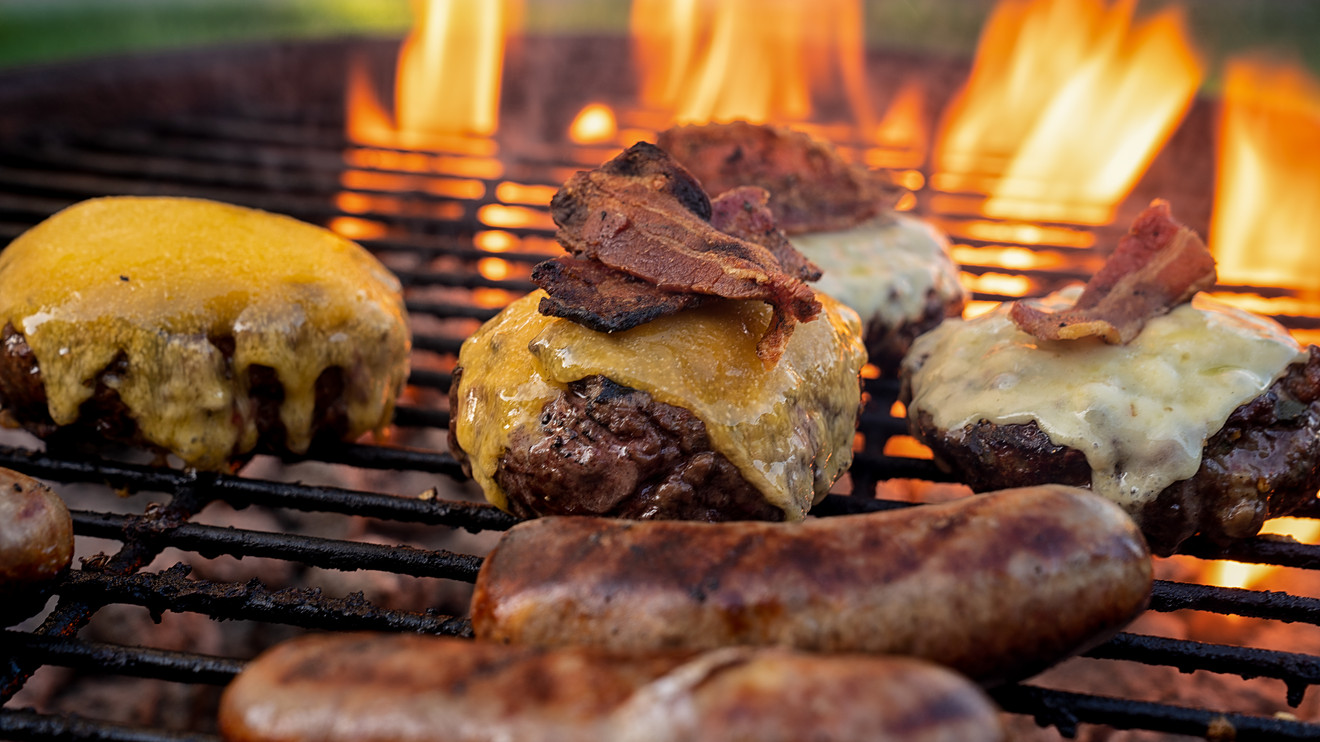 Sorry, steak lovers, but you can stick a fork in that study that said you can continue eating red meat.

A new analysis of almost 30,000 people published in the JAMA Internal Medicine journal this week suggests that eating two servings of red meat and processed meat each week is in fact “significantly associated” with death and heart disease.

Researchers from Northwestern Medicine and Cornell University pooled a large, diverse sample of 29,682 participants from six cohorts. The subjects self-reported a long list of what they ate for the previous month or year, and they were followed up with for up to three decades. The findings:

While a 3% to 7% increase in risk is a relatively small difference, “it’s worth trying to reduce [consumption of] red meat and processed meat like pepperoni, bologna and deli meats,” wrote senior study author Norrina Allen, associate professor of preventive medicine at the Northwestern University Feinberg School of Medicine, in a statement. “Red meat consumption also is consistently linked to other health problems like cancer.”

Yet a controversial meta-analysis by an international group of nutritionists and health researchers published last fall confused many consumers by arguing that the increased health risks from eating red and processed meats were too small and uncertain for steak, burger and bacon lovers to cut back. It recommended that “adults continue current unprocessed red meat … [and] processed meat consumption.”

“Everyone interpreted that [to indicate] it was OK to eat red meat, but I don’t think that is what the science supports,” Allen said.

In fact, a larger body of research recommends that people indulge their inner carnivore in moderation. A 2010 Harvard study linked eating processed meats to greater heart disease and diabetes risk, while the World Health Organization’s International Agency for Research on Cancer (IARC) named processed meat a carcinogen in 2015, announcing it had found “sufficient evidence” that its consumption caused colorectal cancer.

What’s more, the IARC has said that eating red meat is “probably carcinogenic to humans,” based on links to colorectal, pancreatic and prostate cancers, while a 2017 report found processed meat and red meat, among several other risk factors, to be causes of colorectal cancer. And a study published last summer warned that eating large quantities of white meat like chicken could raise your cholesterol just as much as eating red meat like beef, which can elevate heart-disease risk.

There are plenty of limitations in the study published this week, however, such as the fact that people self-reported what they remembered eating. Also, subjects weren’t asked how their food was prepared — and fried chicken will have more unhealthy trans fats than a bird slow roasted in an oven with vegetables, for example. So it’s possible that cooking red meat and poultry in healthier ways could mitigate some of the health risks this report identified. Plus, there are plenty of genetic and environmental factors that contribute to heart disease and mortality, such as weight, physical activity, smoking and socioeconomic status, which weren’t accounted for in this study.

So what do the study authors recommending piling onto your plate? “Fish, seafood and plant-based sources of protein such as nuts and legumes, including beans and peas, are excellent alternatives to meat and are underconsumed in the U.S.,” said study coauthor Linda Van Horn, professor of preventive medicine at Northwestern, in a statement. She is also a member of the 2020 U.S. Dietary Guidelines Advisory committee.

Indeed, a panel of 25 health professionals recently named the Mediterranean diet the world’s best eating plan for weight loss, preventing heart disease and diabetes, as well as being the most nutritionally complete. And it follows many of these nutritional guidelines: the Mediterranean diet focuses on cooking with olive oil rich in healthy omega-3 fatty acids, and consuming fruits and vegetables, whole grains and lean proteins like fish and chicken — and just the occasional piece of red meat.

Such diet and health concerns helped fuel the growth of plant-based-meat alternatives like those from Beyond Meat BYND, +4.84% and Impossible Foods, which have brought their meat-like vegetarian patties to fast-food joints like the Restaurant Brands International QSR, +1.37% chain Burger King as well as White Castle and Carl’s Jr. Kentucky Fried Chicken is adding Beyond Meat to the menu in more stores. And Nestlé NSRGY, +0.96% is also flipping plant-based Awesome Burgers, while Tyson Foods TSN, +1.07% , commonly associated with such menu items as hot dogs and chicken nuggets, is rolling out vegan protein.

But despite the rise in plant-based alternatives and poultry consumption — and a dip in buying and eating unprocessed red meat — researchers note that Americans are still eating as much processed food as they did two decades ago, particularly deli meats, sausage, hot dogs, ham and bacon.