Home
Stocks
The Margin: Wait for it: Disney reportedly paid $75 million to bring Broadway’s ‘Hamilton’ to the big screen
Prev Article Next Article
This post was originally published on this site 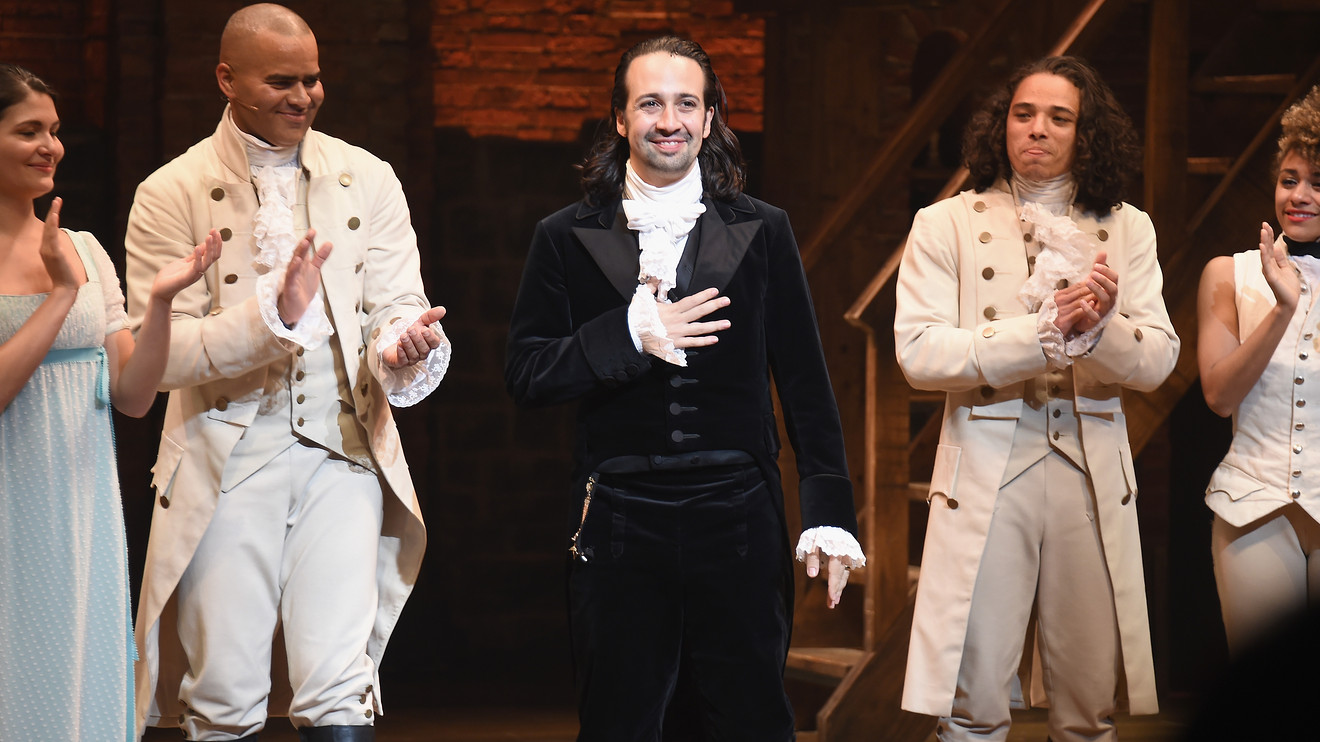 Now everyone can be in the room where it happened.

Disney DIS, +1.68%  has scored the worldwide distribution rights to the film of the original staged production of “Hamilton” on Broadway — for a reported $75 million — and the footage of the original cast performing the Tony-winning musical will be hitting theaters on Oct. 15, 2021.

“Hamilton” creator and titular star Lin-Manuel Miranda hinted that big news was coming on Twitter TWTR, +1.69%  on Monday morning, posting “Wait for it,” which is one of the songs he wrote for the hit musical. He then broke the news in a tweet a couple of hours later with the hashtag #Hamilfilm, which began trending on Monday afternoon.

Disney presents:
Hamilton.
With The Original Broadway Cast.
Filmed onstage at The Richard Rodgers Theatre.
In A Theater Near You.
October 15, 2021.#Hamilfilm pic.twitter.com/z4ohfWXzi3

Disney won the rights after what the Hollywood Reporter suggested was a “long period of competitive negotiations.” Both the Wall Street Journal and Deadline reported that Disney paid $75 million for the worldwide rights to the musical that will run two hours and 40 minutes on screen — possibly the biggest acquisition of a finished film ever.

Disney did not immediately respond to a MarketWatch request for comment. But Disney chairman Robert Iger wrote in a statement that, “All who saw [‘Hamilton’] with the original cast will never forget that singular experience. And we’re thrilled to have the opportunity to share this same Broadway experience with millions of people around the world.”

The film version of the musical that has grossed around $634 million on Broadway since it opened in 2015 will feature Miranda as Alexander Hamilton, Leslie Odom Jr. as Aaron Burr, Phillipa Soo as Eliza Hamilton, and the rest of the original cast filmed in the Richard Rodgers Theatre in New York City two weeks before they left in 2016. It’s described as “combining the best elements of live theater and film, the result is a cinematic stage performance that is a wholly new way to experience ‘Hamilton.’”

Disney presents: Hamilton.
With The Original Broadway Cast.
Filmed onstage at The Richard Rodgers Theatre.
In A Theater Near You.
October 15, 2021. #Hamilfilm pic.twitter.com/08YP6CTbF8

It’s also a way for people who haven’t been able to get their hands on “Hamilton” tickets — where seats still average around $250 apiece, although they hit almost $10,000 at their peak when Miranda revealed he was exiting the lead role in 2016 — to get a chance to see the stage production that won 11 Tony Awards, a Grammy, an Olivier Award and a Pulitzer Prize. The show still rakes in between $2 million to $3 million a week on Broadway, according to the Broadway League, and the show is also currently running in San Francisco, London and Sydney.

Compared to shelling out hundreds (or thousands) to see the original “Hamilton” cast immortalizing the roles on stage, now movie audiences will be able to see the musical for a song in theaters (and probably on Disney+ in time.) The reactions on social media were ecstatic.

I have always been so devastated that I never got a chance to see the original cast perform this masterpiece. This has made my day! #hamilfilm https://t.co/rHuQLxB0oY

I AM NOT THROWING AWAY MY SHOT AT SEEING THIS IN THEATERS. #hamilton #hamilfilm #finally https://t.co/ep5jKGG09P

The Schuyler sisters are officially Disney Princesses and no one can tell me otherwise #Hamilfilm pic.twitter.com/seG1f9iA9F

Miranda fans can also look forward to a movie adaptation of his previous Broadway show, “In The Heights,” hitting theaters on June 26.