Home
Stocks
The Margin: Watch: As coronavirus spreads, China builds an entire hospital — in 10 days!
Prev Article Next Article
This post was originally published on this site 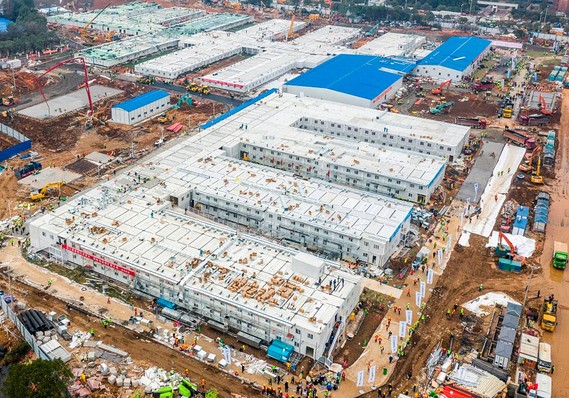 According to the latest tally on Monday, at least 361 people have died and another 17,205 have been sickened by the coronavirus, and the world — there are 151 cases outside of China — is still grappling with how to deal with the spread.

In Wuhan, where it all got started, authorities are scrambling as available services have been unable to meet the need of the growing number of those affected. To that end, construction of the Huoshenshan Hospital began on Jan. 24 and, amazingly, opened on Monday, just 10 days later.

Chinese state media reports that patients arrived early Monday at the 600,000-square-foot hospital, which has 1,000 beds and is staffed by 1,400 doctors, nurses and other personnel from the People’s Liberation Army. There were no details published on the conditions of the new arrivals.