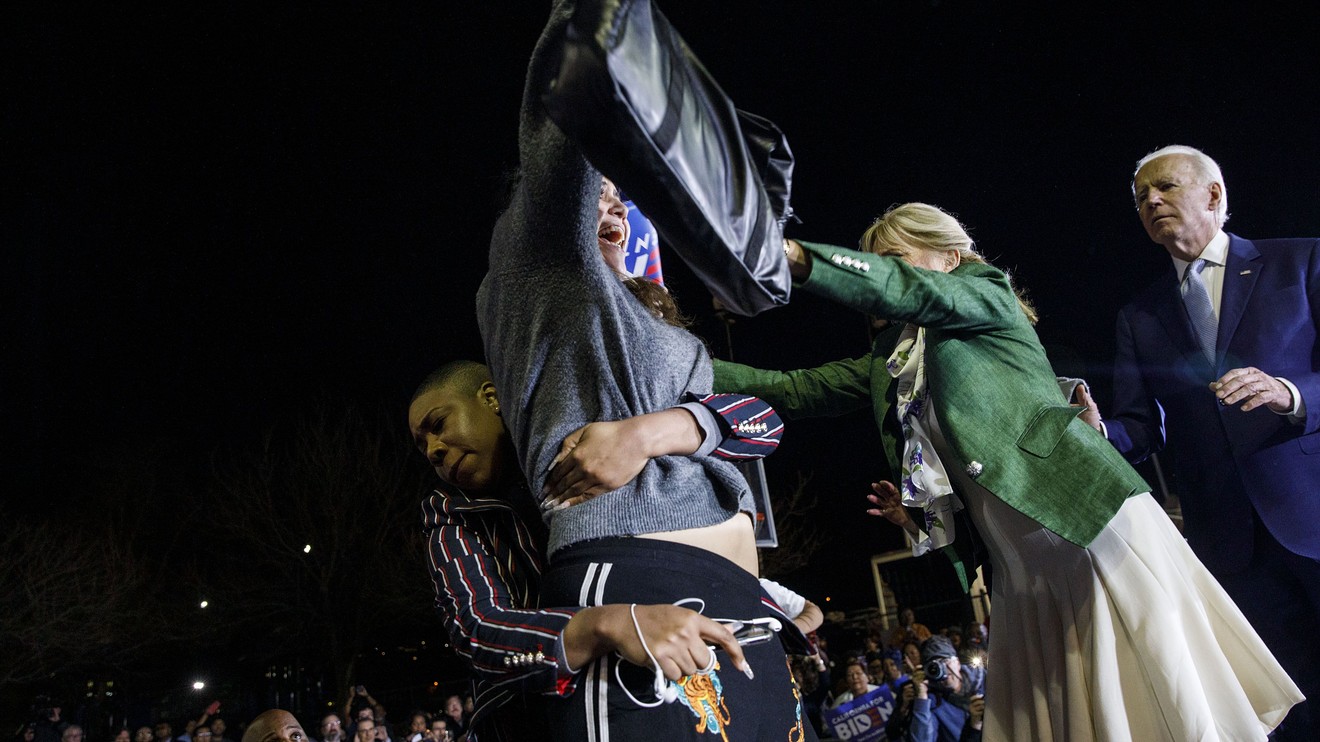 Watch how it went down here:

BREAKING: Protesters rush the stage toward Joe Biden during #SuperTuesday night speech; they were stopped by people near Biden. Biden is continuing with his speech. pic.twitter.com/0tI9uSj7pQ

The protesters from the animal rights network Direct Action Everywhere were waving signs that said “LET DAIRY DIE.” The organization took credit for the disruption in a press release on Tuesday night, and identified the activists as Sarah Segal and Ashley Froud.

“Biden’s ties to the dairy industry and indifference to the suffering of farmed animals — something he basically never talks about — flies in the face of everything he claims to stand for,” said Segal in a written statement. “We’re asking him to stand with animal rights advocates, environmental activists, and ordinary citizens — and against the inherent violence of the dairy industry.”

But many on social media have celebrated how Dr. Biden, Sanders and Yamamoto took action, with many comparing the women to NFL linebackers, or claiming that now they really want the former second lady to become the first lady of United States.

It appears the ever badass @RemiMYamamoto lent @SymoneDSanders a hand tonight…pic.twitter.com/wASXOSRjG5

If any NFL teams are scouting for a right guard, Jill Biden is available.

After the epic tussle, Dr. Biden merely tweeted “What a night.”

Sanders took a more humorous approach, posting, “I broke a nail, while Yamamoto wrote that “there’s no one I’d rather rush a stage or have in my corner than my road sisterhood.”

I broke a nail. #SuperTuesday

There’s no one I’d rather rush a stage with or have in my corner then my road sisterhood ✊@SymoneDSanders, @ashnicolewill, Annie T, and @meghan_hays9. #Jimsangels

It was a big night for Biden, indeed, as the former VP scored a string of southern victories in Tuesday’s Democratic primaries, including Texas, Alabama and Virginia.