Home
Stocks
The Margin: ‘Will the public be ready for a vaccine?’ Many Americans say they won’t get the coronavirus vaccine if one is developed
Prev Article Next Article
This post was originally published on this site 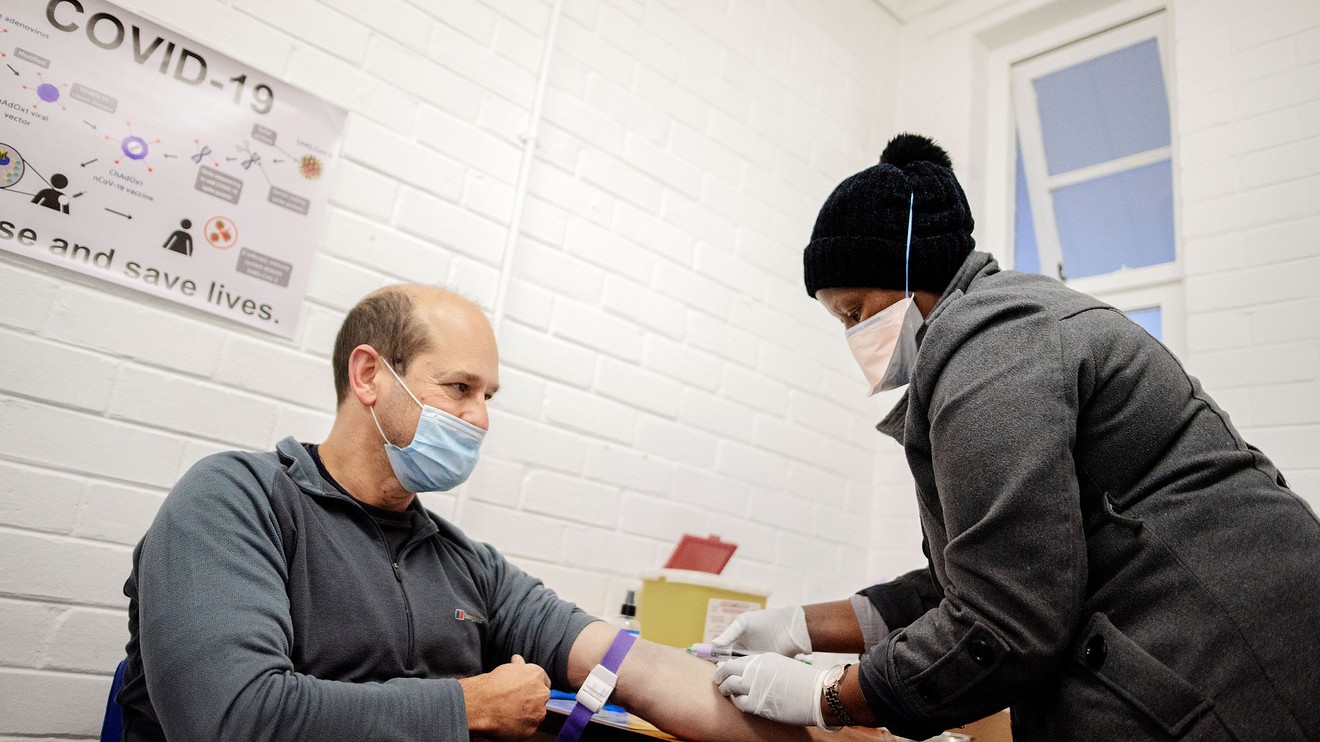 In the race to develop a vaccine to stop the novel coronavirus that’s killed more than half a million people and crippled economies across the globe, we may be overlooking one very important question: Will people actually want to get the vaccine if one becomes available?

Even before COVID-19 reached pandemic proportions, the growing anti-vaccination movement already saw one-fifth to two-fifths of Americans questioning the safety of vaccines. And these skeptics aren’t the only ones now questioning how safe and effective a coronavirus vaccine developed at “warp speed” will be, considering vaccines normally take up to a decade to develop. Dr. Anthony Fauci, the nation’s top infectious disease expert, told Reuters on Wednesday that a coronavirus vaccine could arrive in early 2021. But many Americans aren’t ready for it.

Yahoo News and YouGov have been polling Americans for the past few months, and the most recent survey released this week finds that the public embrace of a potential vaccine has hit a new low. Only 42% of Americans said they planned to get vaccinated if and when a vaccine becomes available, which is down from 55% in late May, and 46% in early July.

Combining the number of Americans who said they wouldn’t get vaccinated with the number who said they were unsure (36%) accounts for about three quarters of the population. This is notable because estimates suggest that 70% to 90% of the country would need to be vaccinated to achieve the herd immunity needed to stop COVID-19 from spreading.

Now a new survey from a collaboration by Harvard, Rutgers, Northeastern and Northwestern universities digs even deeper into why some people are ready to give a future coronavirus vaccine a shot, and why others are much more skittish. And the willingness to get vaccinated differs greatly based on where people live, their political party and several social factors, including income.

Two-thirds of adults in this national survey of almost 20,000 people said that they were likely to vaccinate themselves and their children once a COVID-19 inoculation is developed. But the percentage of those willing to get vaccinated was below 60% in 11 states, mainly in the conservative South and Midwest. Yet it was above 70% in 11 states along the more liberal West Coast and in the Northeast.

There was also correlation between education level and income with a willingness to get a coronavirus vaccine, as 78% of those who had obtained at least bachelor’s degree said they planned to get vaccinated, compared to 58% of those who didn’t finish high school. And a little more than half (59%) of those earning less than $25,000 intended to vaccinate, versus more than three quarters (78%) of those making six figures.

What’s more, while 67% of white Americans, 71% of Hispanics and 77% of Asian American respondents said they were likely to get the future vaccine, barely half of African American respondents (52%) agreed — even though the minority population has been hit especially hard by the virus. And this aligns with a Reuters/Ipsos poll from May that found that only half of Black Americans were somewhat or very interested in a vaccine.

The Reuters report suggested this distrust stems from incidents like the infamous U.S. government study at Tuskegee, which deliberately left Black men untreated for syphilis for decades to study its effects on them. The subjects thought they were getting free medical care, but they actually did not receive proper medical treatment.

Indeed, trust is a major factor in whether or not the roughly 20,000 Americans in the new national survey said they would seek out a coronavirus vaccine. Those who trust doctors, hospitals, scientists and researchers “a lot” were almost four times more likely to say they would consider getting a COVID-19 vaccination over those who trust them “not at all.” And whether one believes the media is feeding them “fake news” also matters, as 82% of those who trust the news media would get vaccinated, compared to 48% of those who don’t trust it.

Related:This Seattle man volunteered to be injected with an experimental COVID-19 vaccine: ‘It was kind of my duty as a healthy individual to step up’

The researchers found one notable exception to the trust rule, however, and that was President Donald Trump. People with the greatest trust in Trump were the least likely to seek vaccination (61%), while those with the least trust in him were more likely (72%) to get vaccinated. Three in four Democrats (75%) surveyed also said they would likely get vaccinated, compared to Republicans and Independents, who were both at 62%.

“Health experts expect that a COVID-19 vaccine will be ready for the public in the first half of next year,” said study co-author Katherine Ognyanova from Rutgers University–New Brunswick in a statement. “But will the public be ready for a vaccine?”

Maybe not. A recent CBS News poll found that half of Americans said they are taking a “wait and see” approach, watching what happens to others before getting vaccinated, themselves. On Long Island, New York, almost one-third of residents are “unsure” about getting a COVID-19 vaccine, according to a Newsday survey. A San Antonio, Texas, poll found one in five people are also uncertain about getting vaccinated.

Related:Race for a COVID-19 vaccine has drug makers scaling up manufacturing — before one is developed

Indeed, vaccine researcher Natalie Dean, an assistant professor of biostatistics at the University of Florida, wrote in a New York Times op-ed this week that “even I would place myself in the ‘not sure’ bucket,” as, “the evidence that would convince me to get a COVID-19 vaccine, or to recommend that my loved ones get vaccinated, does not yet exist.”

Related:Should you volunteer for a COVID-19 vaccine trial? Who qualifies, and what are the side effects?

The way things stand now, legacy drug makers and small startups alike are working feverishly to develop vaccines or treatments that target COVID-19. More than 150 potential coronavirus vaccines are being developed around the world, and 27 are in human trials, the New York Times reports. They include AstraZeneca US:AZN, Novavax US:NVAX, the Pfizer US:PFE and BioNTech US:BNTX project, and Moderna US:MRNA — which is entering Phase 3 of its vaccine trial. On Wednesday, Johnson & Johnson US:JNJ said it will receive more than $1 billion from the U.S. government to manufacture 100 million doses of its investigational COVID-19 vaccine.

But developing a vaccine in record time won’t amount to much if it’s not safe and effective, and if the public doesn’t trust it. One study found that a coronavirus vaccine’s effectiveness may have to be higher than 70% or even 80% before Americans can safely stop social distancing. By comparison, the flu vaccine is just 20% to 60% effective. Debbie Kaminer, a law professor at Baruch College in New York who has written about the legal questions around vaccination laws, wrote in a recent column that, “a safe and effective vaccine could end the coronavirus pandemic, but for it to succeed, enough people will have to get inoculated.”

There are now 18.9 million confirmed cases of COVID-19 worldwide, and at least 708,540 people have died, according to the latest tallies on Thursday afternoon. The U.S. death toll hit 158,300 after a 10th straight day in which more than 1,000 deaths were counted.