Home
Stocks
The Margin: Your weekends could be killing you
Prev Article Next Article
This post was originally published on this site 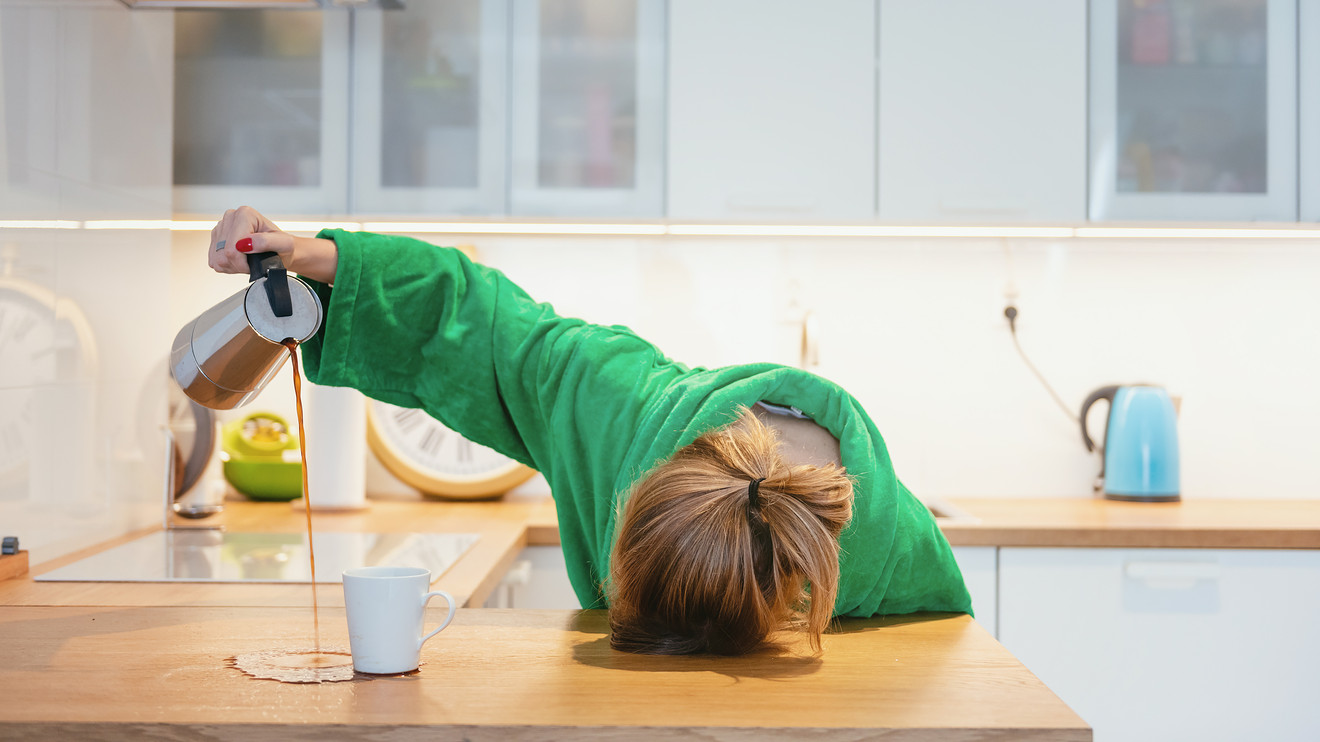 Sleeping in, going on a long run and then meeting your friends for a late brunch: what sounds like the perfect Saturday is actually making you fat, hurting your heart or raising your risk of injury.

The human body thrives on routine, but weekends (or whatever days that you have off) can throw a wrench in your body’s well-oiled machine. Here are three ways that beloved day-off indulgences could be wreaking havoc on your health, along with ways to enjoy some R&R while mitigating the risks.

Eating meals later. Skipping breakfast in favor of brunch around lunchtime, or pushing dinner reservations for later in the evening on Fridays or when you don’t have to get up early the next morning, may actually cause weight gain.

Researchers from the University of Barcelona recently linked this “eating jet lag” on the weekends with increasing a person’s body mass index (BMI), the formula that can indicate whether a person’s weight is healthy. And the subjects in this latest study who ate 3.5 hours later on the weekends than they did during the week increased their BMIs 1.3 units higher on average than those with no eating jet lag. And that was not related to factors like the quality of their diet (aka, bellying up for pancakes and bottomless mimosas), or how much they slept or exercised that day.

More research is needed to determine the exact physiological mechanisms at play, as well as the long-term effects of this eating jet lag. But previous studies have suggested that the times we take our meals can be linked with higher rates of obesity or cancer risk. The UB scientists suggested that eating irregularly might throw off the body’s circadian rhythm, and how the body metabolizes calories.

“Say you usually have breakfast at 7 a.m. but then on weekends you have it at 9 a.m. Your biological clock doesn’t know it’s the weekend, so it’s going to prepare your body to eat at 7 a.m., and then it gets confused when you actually eat at 9 a.m.,” said lead author Maria Izquierdo-Pulido, from the University of Barcelona, in an interview with New Scientist. So try to eat within an hour of your usual mealtimes, or even just have a snack a the regular mealtime if you’re going to be eating later.

Related: Skipping breakfast and eating a late dinner could be a killer

Sleeping in. True or false: You can “catch up” on shut-eye that you missed during the week by sleeping later on the weekends. Sorry, sleepyheads, but the American Heart Association notes that binge sleeping doesn’t work. In fact, a 2017 study found that women who spent two or more hours catching up on sleep over the weekend were more likely to have worse cardiovascular health, which suggests that staying in bed longer on the weekends just can’t counteract the sleep debt that we accumulate during the week.

The American Academy of Sleep Medicine also warned in a 2017 study that this “social jet lag” on weekends in associated with worse mood, poorer health and an 11% increase in the risk of heart disease. What’s more, a study published last year found that people who slept just five hours a night (versus the recommended nine hours) snacked more at night, gained weight and saw their insulin sensitivity decrease. And while those who got more sleep on the weekends saw some mild improvements when they got more sleep, those benefits disappeared once they got back to their sleep-deprived weekday schedules. What’s more, those sleeping in on weekends saw worse outcomes overall. “It could be that the yo-yoing back and forth — changing the time we eat, changing our circadian clock and then going back to insufficient sleep is uniquely disruptive,” wrote senior author Kenneth Wright from the University of Colorado Boulder.

The healthiest sleep practice is going to bed and waking up at the same time every day. If you were up late the night before, however, supplement those missed Zs with short naps instead of sleeping in. Catching a quick 40 winks can refresh you on the day when you didn’t get enough sleep the night before. Here’s some tips for napping to boost productivity.

Related: These are the 3 biggest sleep myths

Being a “weekend warrior.” The good news is, people who crammed a week’s worth of exercise into their Saturday and/or Sunday — aka “weekend warriors” — still lowered their risk of death from any cause by 30%, according to a 2017 study, which was comparable to the longevity benefits of regular exercises who worked out three or more times a week. It’s tough to get the recommended amount of physical activity, which includes a minimum of 150 minutes (2.5 hours) of moderate-intensity aerobic activity a week (walking briskly, playing doubles tennis), or 75 minutes (one hour, 15 minutes) of vigorous-intensity activity (running, a strenuous fitness class), as well as muscle-strengthening activities (resistance training and weight lifting) two days a week.

But there is some research to suggest that weekend warriors, or anyone who exercises more sporadically, suffer more injuries than those working out more regularly during the week. Researchers suggest that weekend warriors may be more prone to injury because they are more inexperienced at some sporting and exercising activities than more regular athletes. Or weekend warriors may overstrain themselves by pumping up the intensity of their workouts since they’re trying to get their activity in within such a tight window.

Still, health experts agree that some exercise on weekends is better than no exercise at all. So just make sure to warm up and ease into your workouts, and then cool down afterward. And don’t overlook recovery afterward, which includes making sure you get enough protein in your meals, drinking plenty of water, and getting plenty of sleep. And listen to your body — if something is hurting, ease up or take a break. And try to pump up the volume of exercise throughout the week as well, such as parking farther away when you’re running errands, getting up from your desk once an hour, or taking a walk around the block after dinner. Read here for more tips to squeeze in exercise, eat well and lose weight in the new year.