Home
Stocks
The New York Post: Inside the horrific, inhumane animal markets behind pandemics like coronavirus
Prev Article Next Article
This post was originally published on this site 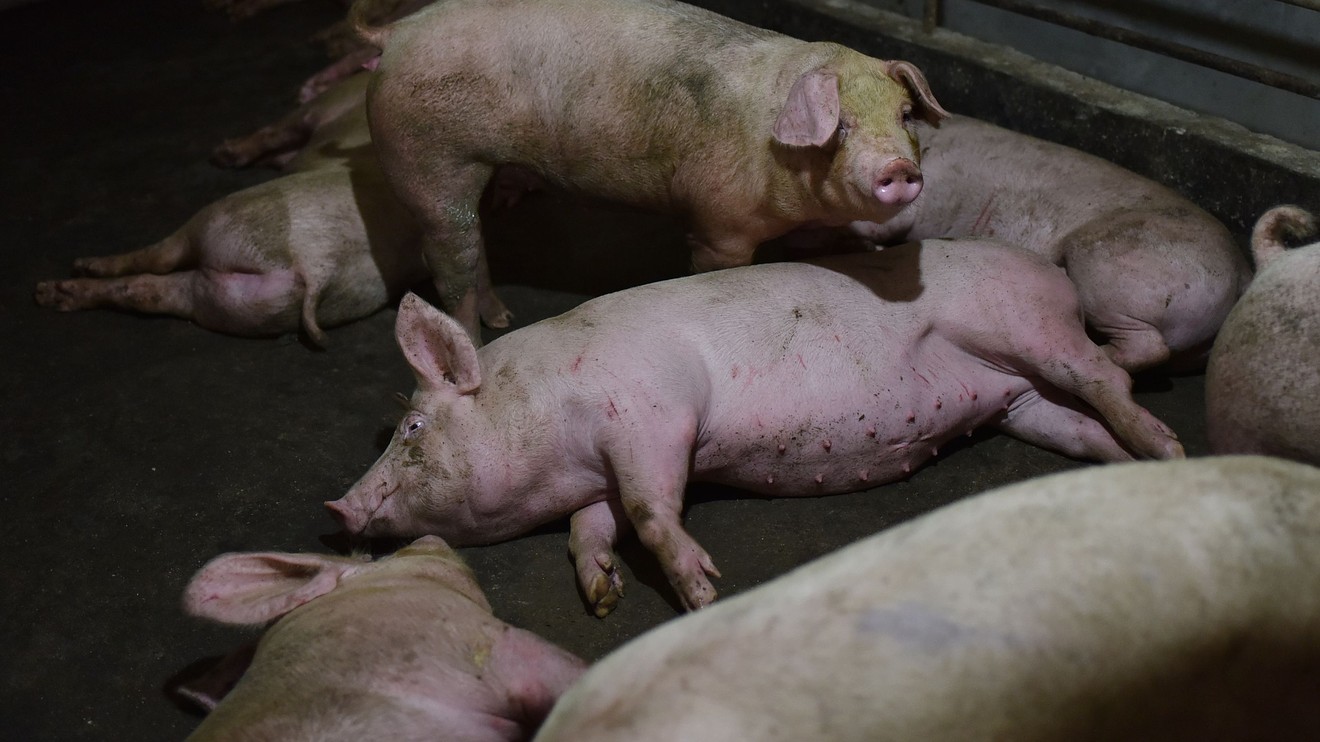 You can usually smell the markets before you see them.

It’s a sickly, almost sweet and nauseating smell of death. Once inside, the fetid stench — made worse by blistering temperatures and zero refrigeration — is overwhelming, and it is places like this where the deadly coronavirus originated.

In stall after stall, a mix of live and dead animals, which run the gamut from the known (pig, ox, duck, chicken) to the rare or unknown due to the condition of the carcass — stare back at you. In the wet areas of the market — usually reserved for fish and sea creatures and where the ground is slick with water and often blood — the stink is worse. The animals that have not yet been dispatched by the butcher’s knife make desperate bids to escape by climbing on top of each other and flopping or jumping out of their containers (to no avail). At least in the wet areas, the animals don’t make a sound. The screams from mammals and fowl are unbearable and heartbreaking.

These unregulated and usually filthy markets are found all over Asia and Africa.

In Laos, I came across a section of the local (i.e. not for tourist) market full of dead bats as well as live creatures like birds, turtles, fish and other unfortunate critters.

In North Vietnam, on market days, hundreds of (live and dead) dogs were being sold for supper alongside other land and sea creatures.

In Myanmar and Cambodia, fish and animals I never even knew existed were being bartered for alive and dead. In a way, it was fascinating — there were reptiles, insects and fish I’d never seen before. Some looked so odd it was hard to believe they weren’t alien — and in colors that were stunning and strange.

In South Africa, Congo and Mali there were monkeys and chimpanzee parts being sold for medicine as well as meat.

I once came across a live hedgehog in Bamako, Mali, and bought it just to give it its freedom and have it live another day. A pangolin baby at the Sangha Pangolin Project I wrote about last week was saved in a similar manner.

The pangolin, an elusive mammal that looks like a cross between an anteater, an armadillo and a pinecone, is the most trafficked animal in the world, with over 100,000 killed last year. They are hunted for their scales which the Chinese believe helps with blood circulation.

Presumably, none of these animals or their carcasses from these markets are screened for rabies, anthrax, salmonella or other animal-borne diseases.

And China is also full of similar markets — where live animals wait for their fresh slaughter. The market at the center of the deadly coronavirus outbreak sold live animals — including wolf pups, foxes, rats and peacocks, as well as crocodiles, giant salamanders, snakes, porcupines, and camel meat.

The coronavirus is a series of viruses that include a range from the common cold to pneumonia that causes respiratory infections, which are often mild, but in rare cases are potentially lethal. Symptoms of the virus include fever, coughing and difficulty breathing.

It is in these markets where the deadliest outbreaks can start.

Magda Bermejo — a Spanish primatologist and world authority on the western lowland gorilla who lives and works out of the Odzala Ngaga camp in the Republic of Congo — was in the region during the Ebola outbreak in 2003 and 2004.

“It’s thought the outbreak started because of the bats eating from the persimmon trees in the forests. Bats, gorillas and chimpanzees love the fruit. That year when the trees ripened, the bats flocked to the trees and everything was covered in bat guano. During the day the gorillas and chimps ate the [bat guano covered] fruit and developed Ebola. It spread quite quickly after that.”

From the animals, Ebola then transferred to humans.

“Hunters found the [gorilla carcasses] and used them for bushmeat and then got the Ebola from the [dead] animals,” Bermejo said. During that outbreak, 25 people and hundreds of gorillas died.

That outbreak was contained as none of the infected people went to major transport hubs and none of the meat made it to major markets.

In Wuhan, people weren’t so lucky.

The city of over 11 million residents has been on lockdown amid the coronavirus outbreak, which has been linked to a wet seafood market there that sold exotic wildlife for human consumption.

While no one is sure what animal or stall caused the virus, China is responsible for the trafficking of rare endangered animals like the pangolin, rhino and tigers for use in traditional medicine as well as some used for meat.

A few years ago, a Chinese friend of a friend, Jon Hsia, went with me on a tour of the real Chinatown in Queens and quipped, “Listen, in China, anything with four legs but a table, and anything with two legs and not a person — we’ll eat it.”

Historically, the omnivorous, tip-to-tail diet stems from lack of funds — you can’t afford to not eat the entire animal — you need to make the protein last as long as possible.

China, up until very recently, had no middle class and the majority of its billion-plus population lived in poverty. Even now, according to the latest statistics from the Shanghai government, the average monthly wage in 2018, after deducting tax and social welfare contributions, was $1,047. That’s little more than $13,000 a year.

These unregulated markets must stop. Not only are they wiping out precious wildlife, they are the root of most modern epidemics and outbreaks. They literally threaten all life on the planet.

See also: Scientist who simulated the global impact of a coronavirus outbreak says ‘the cat’s already out of the bag’ and calls China’s efforts to contain the disease ‘unlikely to be effective’