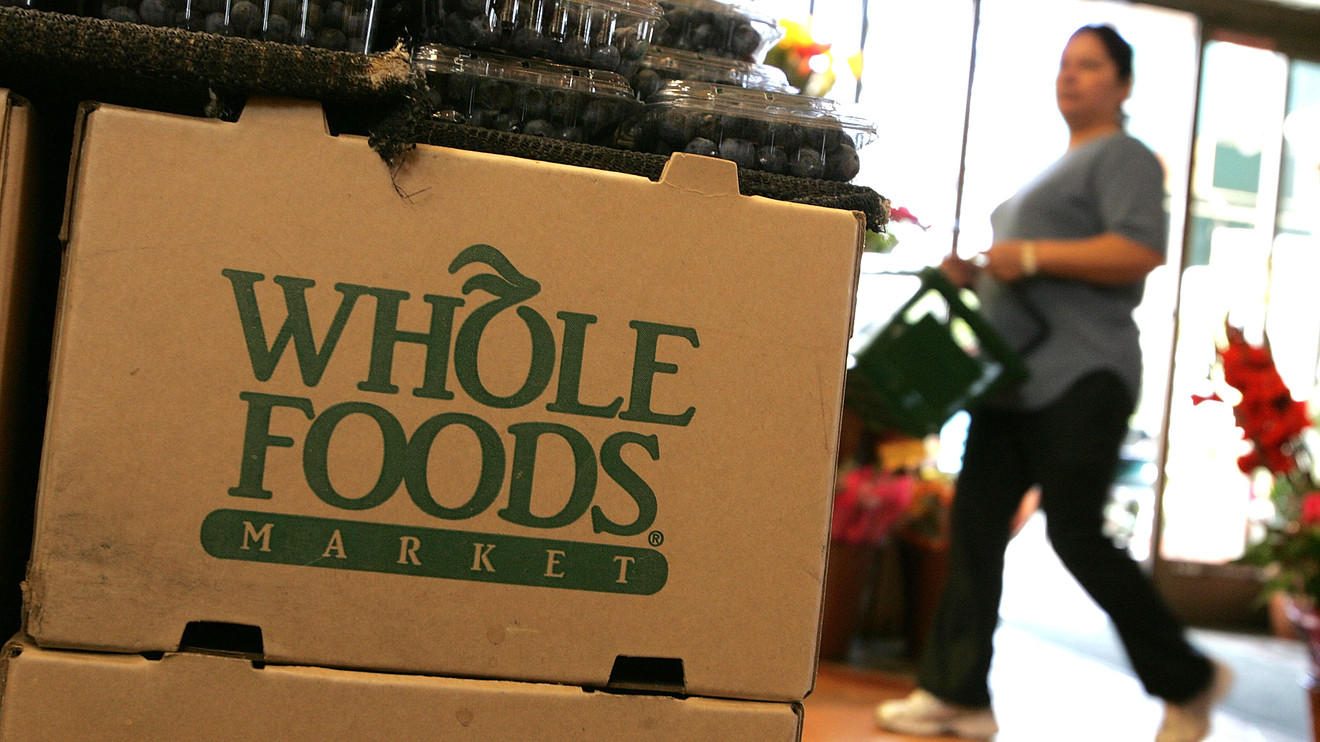 “So we believe customers are starting to notice and take advantage of this,” he said on the fourth-quarter conference call, according to a FactSet transcript. He went on to say that the e-commerce giant is focused on “reacting to customer demand and the customers’ preferences.”

Online food and beverage sales are expected to reach $143 billion by 2025, according to data provided by Nielsen Total. That’s about 18% of the total $800 billion that is expected for both online and in-store spending.

The number of households that are shopping for groceries across online and in-store channels is already noticeably rising, reaching 44% of all U.S. households in 2019.

One way Amazon may have to react is with redesigns of the Whole Food Market stores, which didn’t have online grocery in mind when they were created.

“Our conversations with Amazon point to the strategic importance that the company is placing on grocery,” wrote KeyBanc Capital Markets analysts led by Edward Yruma. “We do have some concerns that delivery from Whole Foods Market may be causing throughput issues during peak time and believe that Amazon will begin to innovate with store layouts to mitigate ship-from-store issues. Amazon is also expected to open a new large-format grocery concept this year.”

See: Amazon one-day shipping is a hit with shoppers – and it cost less than the expected $1.5 billion

The news of Amazon’s grocery growth has Wedbush rethinking this part of the business.

“We think we have likely underestimated Amazon’s potential to gain share in grocery, and think that we may see its top line grow far faster than the roughly $50 billion level we have modeled for each year,” Wedbush analysts led by Michael Pachter wrote.

Amazon has already eliminated the $14.99-per-month delivery fee for Amazon Fresh, making it free for Prime members, which now total 150 million around the globe. More than 2,000 U.S. cities and towns now have two-hour delivery from Whole Foods Market and Amazon Fresh.

Sales at online stores for the fourth quarter totaled $45.66 billion. For physical stores, which also includes bookstores and other locations, the total was $4.36 billion during the quarter.