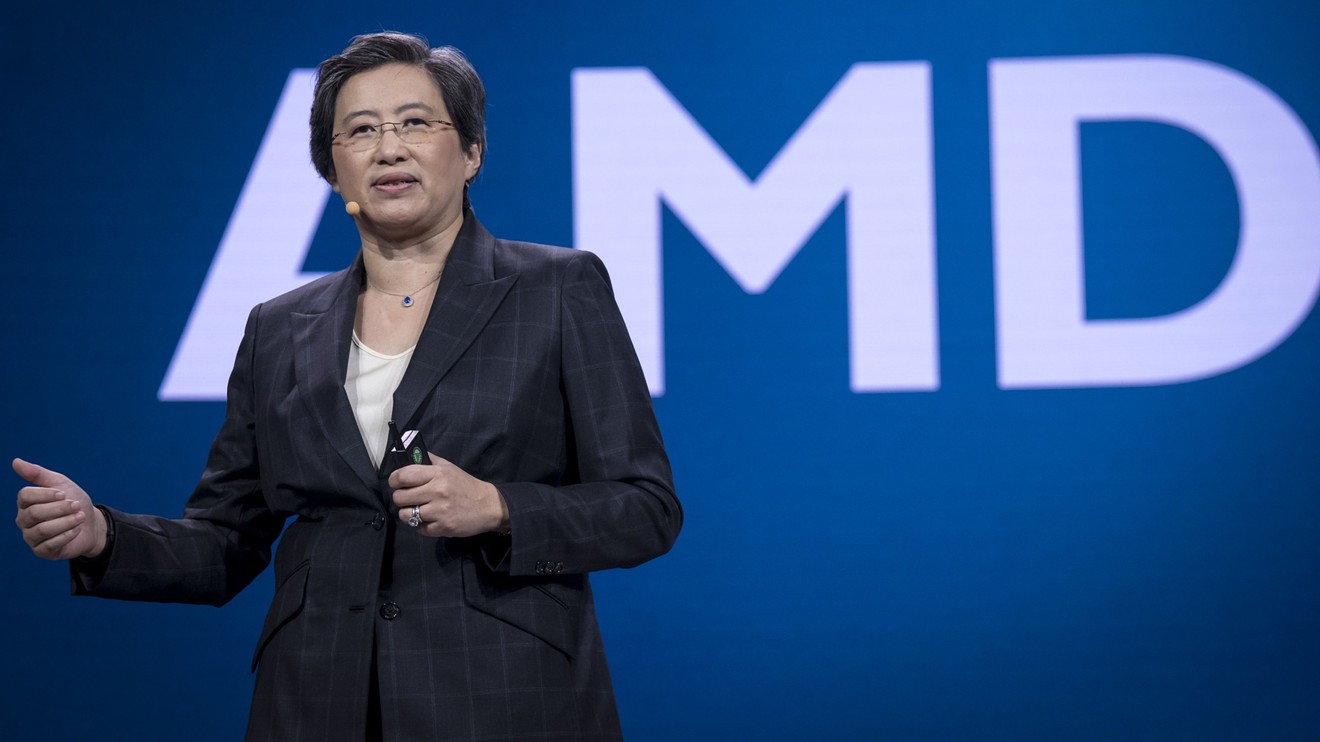 Of the 38 analysts who cover AMD, 14 have buy or overweight ratings, 21 have hold ratings and three have sell or underweight ratings. Of those 21 hiked their price targets, while one lowered theirs, resulting in a price target of $46.59, up from the previous day’s $43.30.

In the short term, one big headwind was AMD’s first-quarter revenue guidance of $1.75 billion to $1.85 billion while analysts surveyed by FactSet had forecast $1.86 billion. AMD blamed soft console sales ahead of Sony Corp. SNE, -0.27%  and Microsoft Corp. MSFT, +1.41% rolling out new consoles later in the year. For the year, AMD’s forecast of a 28% to 30% rise in revenue, versus the Street’s forecast of 28%, hinged on an improvement in the second half of the year.

Susquehanna Financial analyst Christopher Rolland, who has a neutral rating and a $50 price target, called the forecast “a modest disappointment as buy-side expectations were likely elevated” and pointed to the stock’s incredible run.

Jefferies analyst Mark Lipacis, who has a buy rating and raised his price target to $58 from $56, called the outlook “conservative” and said that the company’s March 5 analyst day should be a catalyst for the stock. Lipacis feels sales of the company’s data-center Epyc chip still has a way to go.

Cowen analyst Matthew Ramsay, who has an outperform rating and a $60 price target, said “not much fundamentally changed” with AMD other than the soft console sales.

“While 1Q20 came in light due entirely to console seasonality, 2020 guidance should allow investors to feel comfortable with upside to consensus,” Ramsay said. “Importantly, we believe the guidance sets the table for upward revisions throughout the year with notebook & console the largest potential upside drivers, while server growth will be of the highest magnitude.”