Home
Stocks
The Ratings Game: Costco, BJ’s and Kroger sales boosted by demand for coronavirus-related items
Prev Article Next Article
This post was originally published on this site 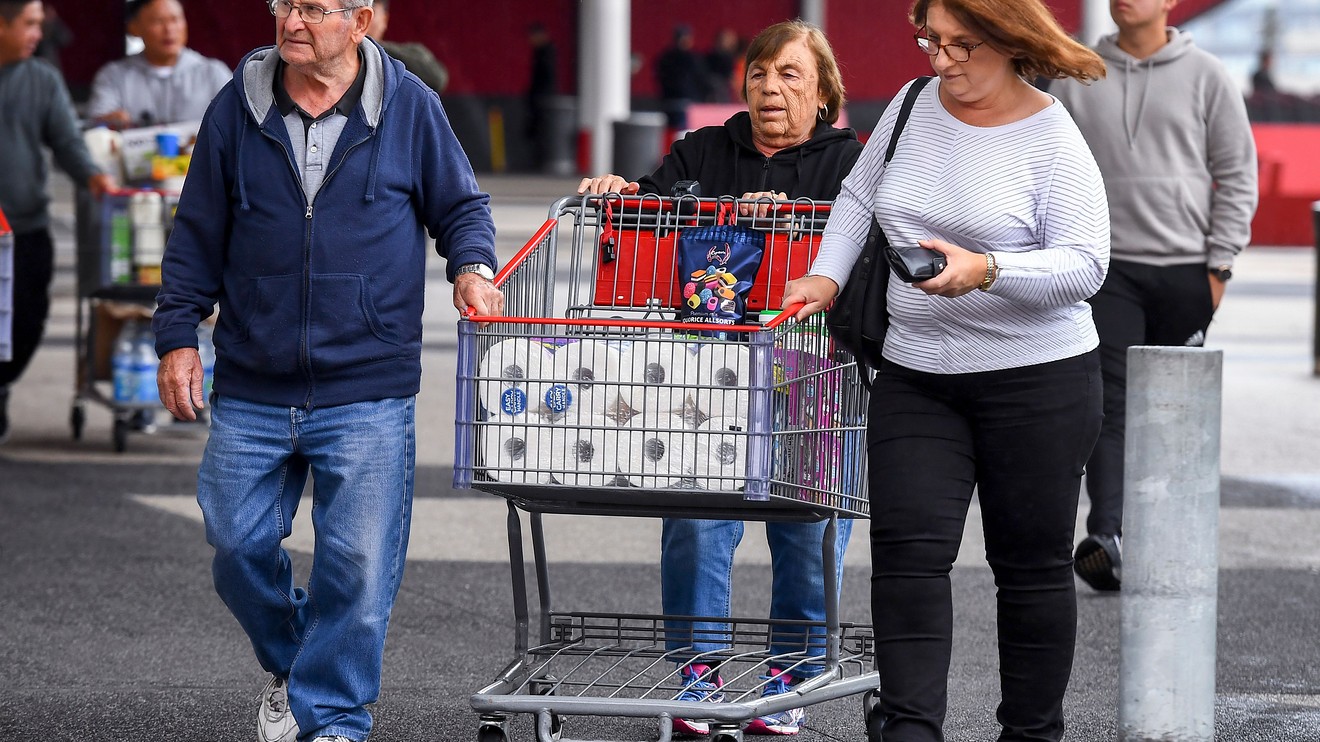 A steep surge in demand for hand sanitizer, cleaning and disinfecting materials, canned and dry grocery items and other products associated with the coronavirus that causes COVID-19 spurred a surge in sales at CostCo Wholesale Corp. in the last week of February.

It was a similar story at other retailers. Customers are spending more money on water hand sanitizer, hand soap, paper products, box dinners, and soups, according to remarks made by Kroger Co. KR, -4.87% Chief Executive Rodney McMullen on Thursday. And BJ’s Wholesale Club Holdings Inc. BJ, +2.91% also said customers are “stocking up on cleaning supplies and canned food.”

At Costco COST, -3.23%, demand was so strong that the wholesaler had to put limits on how much of certain items it will allow members to buy, as deliveries are not keeping pace with demand.

“We’re getting deliveries daily but still not enough given the increased levels of demand on certain key items Chief Financial Officer Richard Galanti told analysts on the company’s earnings call, according to a FactSet transcript. “It’s been a little crazy this past week in terms of outside shopping frequency and sales levels and not only in the United States.”

Analysts were mostly bullish on Costco’s earnings although some are leery of its lofty valuation. The stock has gained 41% in the last 12 months.

Raymond James raised its price target on Costco stock to $325 from $315 after earnings and reaffirmed its outperform rating.

“Overall the narrative remains unchanged on Costco, as it continues to post best-in-class retail results, driven by strong comparable sales growth (traffic and ticket) across its three business units. That said, COST’s valuation is admittedly becoming more and more of a challenge,” analyst Bobby Griffin wrote in a note.

The coronavirus poses a risk to the wholesaler if it hurts U.S. consumer confidence he added. However, the company’s mix of food and consumables, a clean balance sheet and sticky customer base should help offset any disruption. The company has a 91% U.S. renewal rate and paid members rose 4.9% in the recent quarter.

JPMorgan analysts raised their Costco price target to $333 from $330 and reiterated an overweight rating on the stock.

“From a stock perspective we view COST as a core long term holding with upside participation in a rally and port of safety should consumers react harder to headlines,” they wrote in a note.

The company’s 11% gross margins loyal customer base and global growth opportunity are rare among consumer staples. JPMorgan is expecting the company to grow 2% to 3% annually and double its current store base. Analysts see a high probability that Costco will pay shareholders a special dividend, given it had $8 billion in cash on hand at the end of the quarter.

“We also remind investors that it’s a consumer staples stock (so it’s defensive into a moderating consumer environment in 2020 and it is difficult to find MSD+ (mid-single digit) longer term topline growth with very low AMZN/brand risk),” they wrote.

See now:5 retail investments that are paying off big in the age of Amazon

The company may also capture significant share of wallet in categories like apparel and decorative home as the specialty/department store channel shrinks. E-commerce is another opportunity after a roughly 20% rise on an adjusted basis in the second quarter.

Guggenheim analysts said the numbers were robust but upside is limited after recent gains. However, a protracted period of underperformance by the broader market might help.

The coronavirus boost may last through March, keeping same-store sales above 10%, said analysts led by John Heinbockel. Guggenheim has a neutral rating on the stock.

See now: Burlington Stores is shutting down its e-commerce site to focus on bricks-and-mortar stores