Home
Stocks
The Ratings Game: Disney’s stock gets a downgrade as company begins the ‘hard part’ of meeting subscriber goals
Prev Article Next Article
This post was originally published on this site 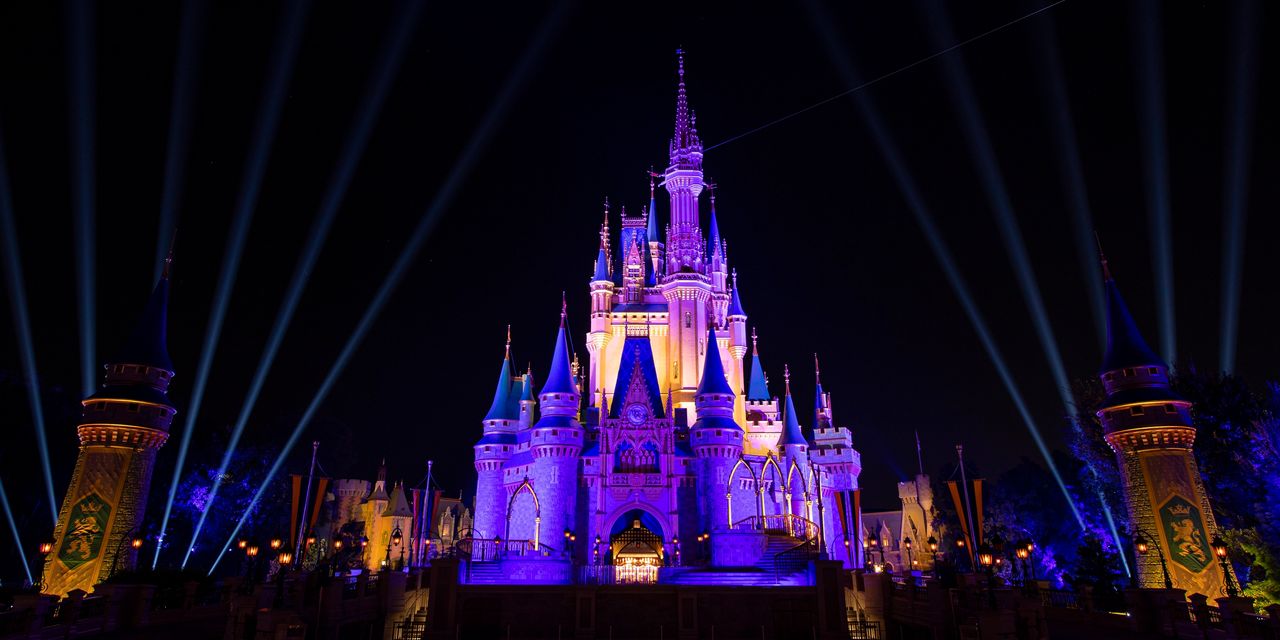 Walt Disney Co. shares have surged recently amid optimism for the company’s ambitious streaming targets, and that’s reason enough to take a breather on the stock, according to one analyst.

BMO Capital Markets analyst Daniel Salmon cut his rating on Disney’s stock DIS, -2.58% to market perform from outperform on Monday, just a few days after the media conglomerate held an investor day at which it unveiled the expectation that 230 million to 260 million Disney+ subscribers will be signed up by fiscal 2024. The company also plans to release more than 100 titles to the service every year in a big content push.

“We believe improved vaccination rates could help Disney continue to be a solid ‘reopening’ play, but with considerable multiple expansion recently for both initial vaccine news and Thursday’s direct-to-consumer (DTC) investor day, we step to the sidelines,” Salmon wrote in a note titled “Now The Hard Part Begins.”

Disney shares were off 1.2% in Monday morning trading. They’ve gained 24% over the past month as the Dow Jones Industrial Average DJIA, +0.20%, of which Disney is a component, has risen 2.7%.

“To be sure, the Disney+ sub forecasts surpassed the most bullish expectations, and were supported by an incredible amount of new content,” he wrote. “But our favorite ‘story’ stock closes out this recommended chapter between DTC investor days nevertheless.”

Salmon also has questions about how Disney’s ESPN brand will fare in a streaming world. He said that while Disney upped its subscriber targets for the ESPN+ streaming service during its investor day, “there was otherwise relatively little on how [the company] sees live sports and ESPN shirting to streaming.”

He raised his price target on Disney shares to $185 from $165 in the latest note while arguing that this is “not enough” to support a more bullish view on the stock.