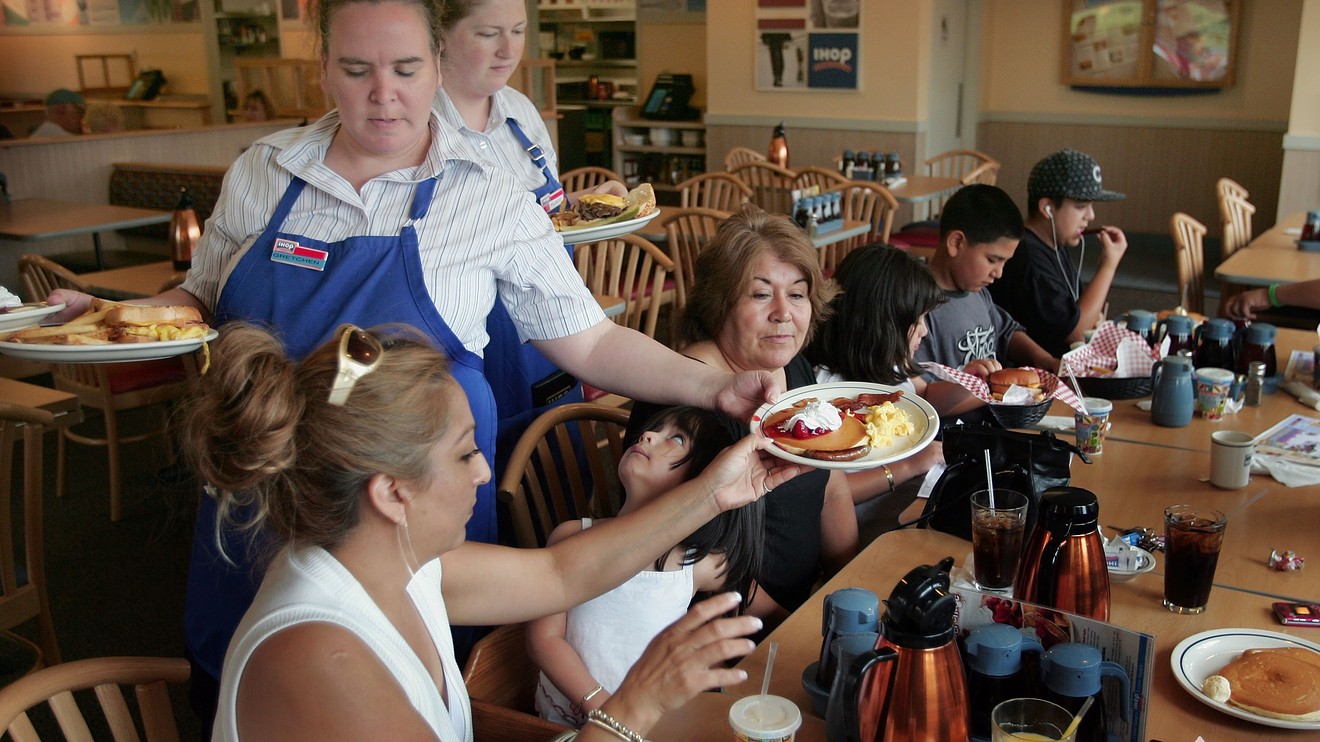 Overall, Dine Brands DIN, -8.11% reported a profit beat, but revenue missed expectations. Dine Brands also raised its dividend 10% to 76 cents per share, payable on April 3, 2020 to shareholders of record at the close of business on March 20, 2020.

MKM Partners also downgraded Dine Brands stock to neutral from buy, saying it has “had all we can eat (for now).” However, MKM raised its price target to $105 from $90.

“The Dine Brands story has not materially changed over the last six months, but we believe there is a potential degree of uncertainty, which moves us to the sidelines,” Brett Levy, MKM executive director wrote in a note to clients.

It’s unclear whether there will be more promotions to keep up with the competition, whether the company can make good on its goal of growing its catering business, and the outcome of additional tech rollouts, said MKM.

Wedbush analysts are optimistic, however.

“We continue to view the reward as outweighing the risk at current levels as management works towards improving and stabilizing Applebee’s same-store sales growth,” analysts led by Nick Setyan wrote.

For the first eight weeks of the first quarter, Applebee’s has returned to positive same-store sales, according to John Cywinski, president of the chain, who spoke on the earnings call.

Read: Molson Coors is jumping into the hard seltzer category with Vizzy launch in March

Analysts say their checks support a positive inflection in quarter-to-date same-store sales at Applebee’s, with value, menu items and marketing supporting a bump.

The company has also “pruned up the U.S. system of brand-damaging restaurants over the past three years,” according to Cywinski, closing about 200 Applebee’s locations, with a target of shuttering no more than 10 or 15 restaurants per year going forward.

“Also after three years of navigating royalty and advertisement bad debt, we begin 2020 with a healthy franchise system and no material delinquencies,” he said on the call, according to a FactSet transcript.

Wedbush rates Dine Brands stock as outperform and raised its price target to $110 from $100.

“Despite Applebee’s missing fourth-quarter same-store sales, solid year-to-date sales trends, a return to a greater focus on value and the benefits of scale (technology and marketing reach) give us confidence in positive same-store sales at both brands in 2020,” wrote SunTrust Robinson Humphrey analysts.

Analysts note plans to open 40 to 50 new IHOP locations, with expectations that Applebee’s will start adding new locations in 2021, including international restaurants.