Home
Stocks
The Ratings Game: Krispy Kreme has set up shop in the $650 billion, recession-resistant indulgence market, JPMorgan says
Prev Article Next Article
This post was originally published on this site 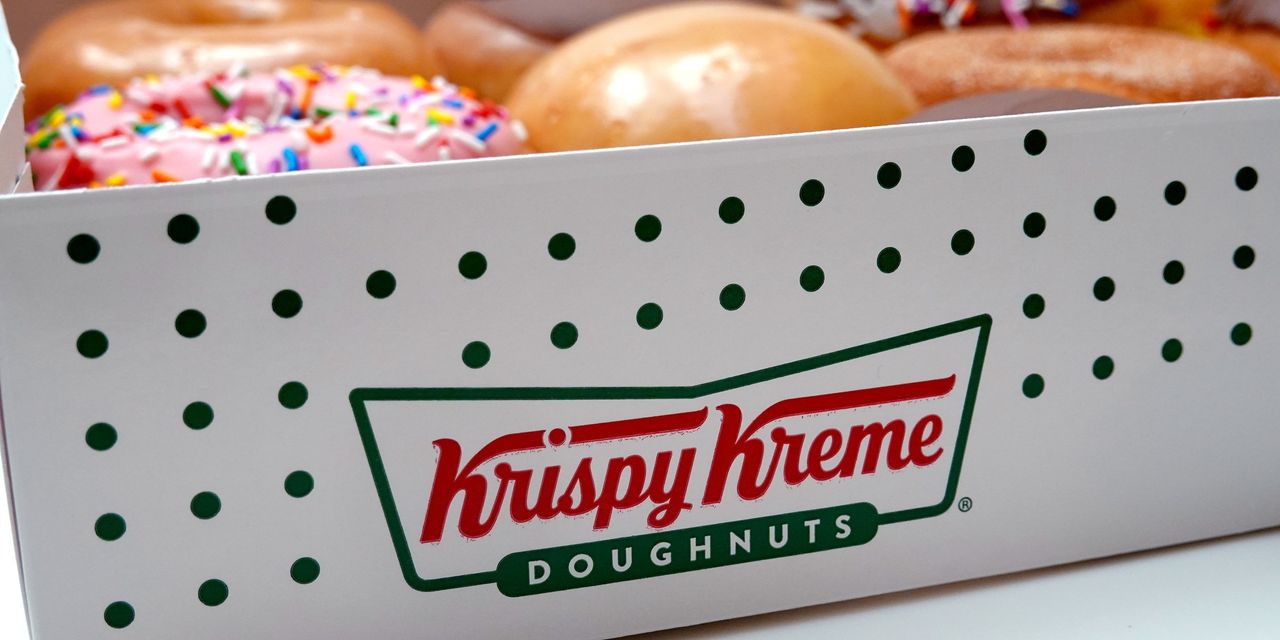 Everyone likes a bit of decadence every now and again, and JPMorgan analysts say that the “large and widely admired” Krispy Kreme Inc. doughnut is poised for growth in the treats sector.

Krispy Kreme
DNUT,
,
which began trading on July 1, saw shares rise 4.1% Monday after upbeat analysts initiated coverage of the stock with talk of the iconic nature of its signature doughnut and prospects for growth across different platforms and geographies.

“[W]e believe increased accessibility will allow the company to more fully participate in the recession-resistant $650 billion ‘global indulgence’ market,” wrote JPMorgan, noting that 64% of the doughnuts Krispy Kreme sells are the “Original Glazed,” known for being drowned in the sweet topping while riding a conveyor belt. That stat is unchanged since Krispy Kreme was founded in 1937, according to analysts.

Krispy Kreme sells 1.3 billion doughnuts around the world, with 93% sold in the U.S. and Canada.

JPMorgan applauds the company’s efforts to sell across different platforms, and thinks the over-expansion missteps of the past have been corrected by owners JAB Holdings Co., who took the company private in a May 2016 deal.

“In our opinion, the iconic brand, the completely refreshed business model and the global expansion opportunities position the company well for double-digit top-line growth over the next few years,” wrote Truist Securities in its initiation.

“We believe high-growth consumer companies are the appropriate peer group for Krispy Kreme as the company is expected to generate greater than 10% sales growth annually over the next few years, versus traditional food & beverage companies, which typically grow 1%-to-3% annually.”

Also: Dole IPO: 5 things to know about the fruit and vegetable giant before it goes public

Krispy Kreme is also the parent company to Insomnia Cookies, which Truist says represents about 10% of sales through 184 shops. Many of the brand’s stores are located near college campuses, promising quick delivery at almost any time of day or night. There are thousands of campuses in the U.S.

Both analyst groups applaud the hub-and-spoke business model Krispy Kreme has in place, which uses the company’s “Hot Light Theaters” to produce doughnuts that are sold at other locations.

Krispy Kreme also has a packaged goods business, with items sold at supermarkets and other retailers.

“As the model ramps, increasingly the availability of fresh Krispy Kreme doughnuts
to consumers, the sales velocity increases. As the sales ramp and the hub and spoke model matures, the efficiency/profitability of the model improves,” Truist said.