Home
Stocks
The Ratings Game: Michael Kors, Versace parent Capri lowers revenue guidance by $100 million due to coronavirus
Prev Article Next Article
This post was originally published on this site 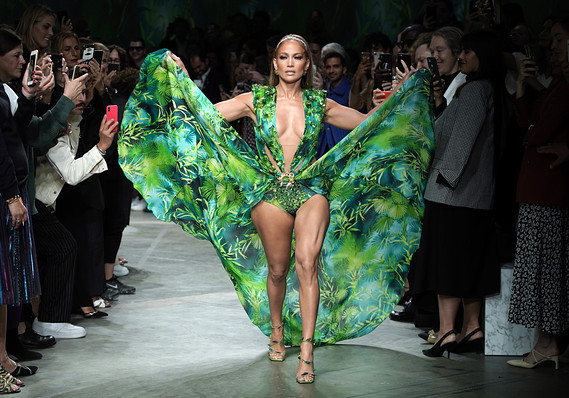 Analysts say Capri still has work to do to grow its brands, including new acquisition Versace

Capri Holdings Ltd. says 150 of its 225 stores in China are closed due to the coronavirus outbreak and it’s having a major impact on guidance for the coming months.

“Based on our current visibility into the situation in China, we are reducing revenue by approximately $100 million and earnings per share by 40 cents to 45 cents for the fourth quarter and full year,” said John Idol, chief executive of Capri, on the earnings call, according to a FactSet transcript.

#JLo‘s silver look is created with a Metal Mesh and Swarovski crystal fringe. The monumental banner depicts the United States of America’s flag on one side, and Puerto Rico’s on the other. All feathers used for the flag were sourced ethically. #AtelierVersace #SuperBowl #SBLIV pic.twitter.com/4bjCaxKIhL

“This estimate could materially change of the severity of the virus worsens including potential broader impact on our business outside of China, its outbound travel and tourist traffic is further restricted from China to other countries,” Idol said.

Capri reported fiscal third-quarter earnings and revenue that beat expectations, but UBS analysts don’t think that indicates that a turnaround of the fundamentals of the business have changed.

“Capri’s Q3 report does not have many positive surprises,” analysts led by Jay Sole wrote. “However, we think the stock’s current valuation already incorporates a significant amount of bad news. We do not believe that over time Capri will stabilize Michael Kors and generate value from its recently acquired brands – Jimmy Choo and Versace.”

Read: Starbucks would’ve raised its guidance if not for the coronavirus

“However, we view that investors will need to see consistent positive comps performance at Michael Kors to become more constructive on the stock,” analysts said.

Michael Kors revenue fell 5.1% to $1.211 billion during the quarter with comparable store sales falling in the low-single digits.

With respect to the China, Cowen notes that the quarter ending in March usually gets a bump from Chinese New Year.

“Further, Asia carries higher margins than other regions, and therefore, this will affect consolidated gross margin rate, as well as operating margins, given the immediacy of store closures leading to low flexibility on reducing costs,” analysts said.

“We also think e-commerce sales will be pressured, given logistical challenges with shipping.”