Home
Stocks
The Ratings Game: Nike’s coronavirus-related store closures in China could result in an earnings miss, analysts say
Prev Article Next Article
This post was originally published on this site 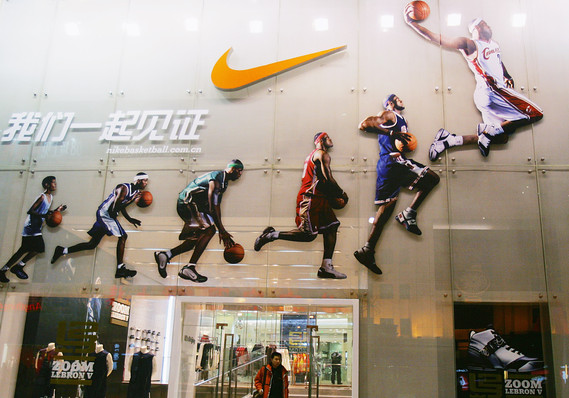 Nike Inc. could fall short of the earnings consensus for its third fiscal quarter by as much as 15 cents per share due to store closures across China in response to the coronavirus outbreak, according to UBS analysts.

UBS quotes a consensus of 70 cents per share for the company’s third quarter; the FactSet consensus is 69 cents.

UBS takes a number of factors into account, including a coronavirus impact that’s isolated to the first half of the third quarter and restricted to China, with Nike NKE, -0.78% store sales in China suffering a 70% decline in comparables for the second half of January and all of February.

Read: Starbucks would’ve raised its guidance if not for coronavirus

Nike announced late Tuesday that half of the Nike-owned stores in China have been shuttered, with “corresponding dynamics across our partner stores.” Stores that are still operating are open with reduced hours and lower traffic.

“In the short term, we expect the situation to have a material impact on our operations in Greater China,” Nike said in the release. “However, Nike’s brand and business momentum with the Chinese consumer remains strong, as reflected in the continued strength of our Nike digital commerce business.”

Wedbush analysts estimate that the negative impact could be 2 cents per share for every week that its stores remain closed across China, for a total decline of 12 cents per share.

“It is possible product launches will be delayed until the fourth quarter and already launched merchandise may face some markdowns for when business begins to normalize with consumers beginning to shop again,” analysts led by Christopher Svezia wrote.

The impact could be most felt in the fourth quarter, though Wedbush leaves room for a benefit during that quarter resulting from “pent-up demand.”

Even with the current disruption, analysts don’t think there’s much reason to worry further down the line. “[T]he company noted its business momentum is robust in all other geographies, and the long-term strategy is firmly on track,” UBS said. “Nike’s business-model changes and investments in product innovation, supply chain, and e-commerce likely make the company worth much more long term.”

UBS rates Nike’s stock a buy with a $136 price target.

Don’t miss: Coronavirus update: at least 490 deaths, 350 U.S. citizens arriving from Wuhan, and Nike closes half of its stores in China

“Nike should proceed with strength after an unfortunate near-term issue,” said Wedbush, noting the strength of both the Nike and Jordan brands in China as well as the “success” of the Nike and SNKRS apps.

“Assuming the coronavirus situation subsides over the coming weeks or months, the company should also benefit from an innovative product lineup and the halo effect from the Tokyo Olympics [this summer].”