Home
Stocks
The Ratings Game: ServiceNow leads S&P 500 gainers as outlook inspires confidence in IT spending
Prev Article Next Article
This post was originally published on this site 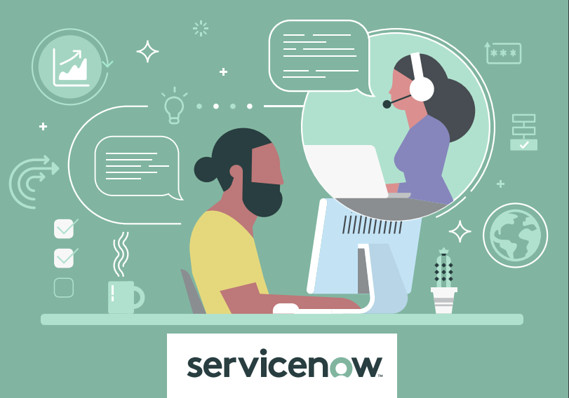 ServiceNow Inc.’s shares surged Thursday after the cloud-based enterprise software company’s results and outlook breathed new confidence into an IT market some had feared was weakening, prompting most of the analysts covering the stock to hike target prices.

ServiceNow NOW, +9.17%  shares rallied after the cloud-software company topped Wall Street views late Wednesday. Shares surged 9.2% to close at $341.64, after touching an intraday high of $343.89. The stock, which was the latest addition to the S&P 500 index SPX, +0.31%  back in November, led gainers on the index on Thursday.

Of the 37 analysts who cover ServiceNow, 30 have overweight or buy ratings and seven have hold ratings. Of those analysts, 24 hiked their price targets on the stock for an average $357.76 target, according to FactSet.

Stifel analyst Tom Roderick, who has a buy rating and raised his price target to $380 from $340, said ServiceNow’s conference call dispelled fears of a slowdown in the Software-as-a-Service space that were percolating back in October.

Roderick said “not a single portion of the call (prepared remarks nor Q&A) even bothered to address the macro, as if the concerns of 90 days ago are an afterthought.”

“That likely oversimplifies the world, but without a doubt, NOW’s robust results should create broader confidence for the entire SaaS sector,” the Stifel analyst said.

Evercore ISI’s Kirk Materne, who has an outperform rating and raised his price target to $360 from $344, called ServiceNow’s forecast a “Goldilocks” outlook.

“All in, we believe NOW remains one of the most unique compounding stories in software, and while the shares may need to consolidate a bit after a massive rally since Oct., we believe the 6-12 month risk/reward remains attractive,” Materne said.

William Blair analyst Bhavan Suri, who has an outperform rating, said much of the fourth-quarter beat was driven by “large deal activity” and that he sees “plenty of growth opportunity left in the IT markets as tech stacks become more complex and enterprises seek to modernize their IT workflows.”

Canaccord Genuity analyst Richard Davis, who has a buy rating and raised their price target to $375 from $285, ranked the company as a peer among cloud standouts.