Home
Stocks
The Ratings Game: Tesla ‘off the accelerator’ as stock takes worst stumble in more than 6 years
Prev Article Next Article
This post was originally published on this site 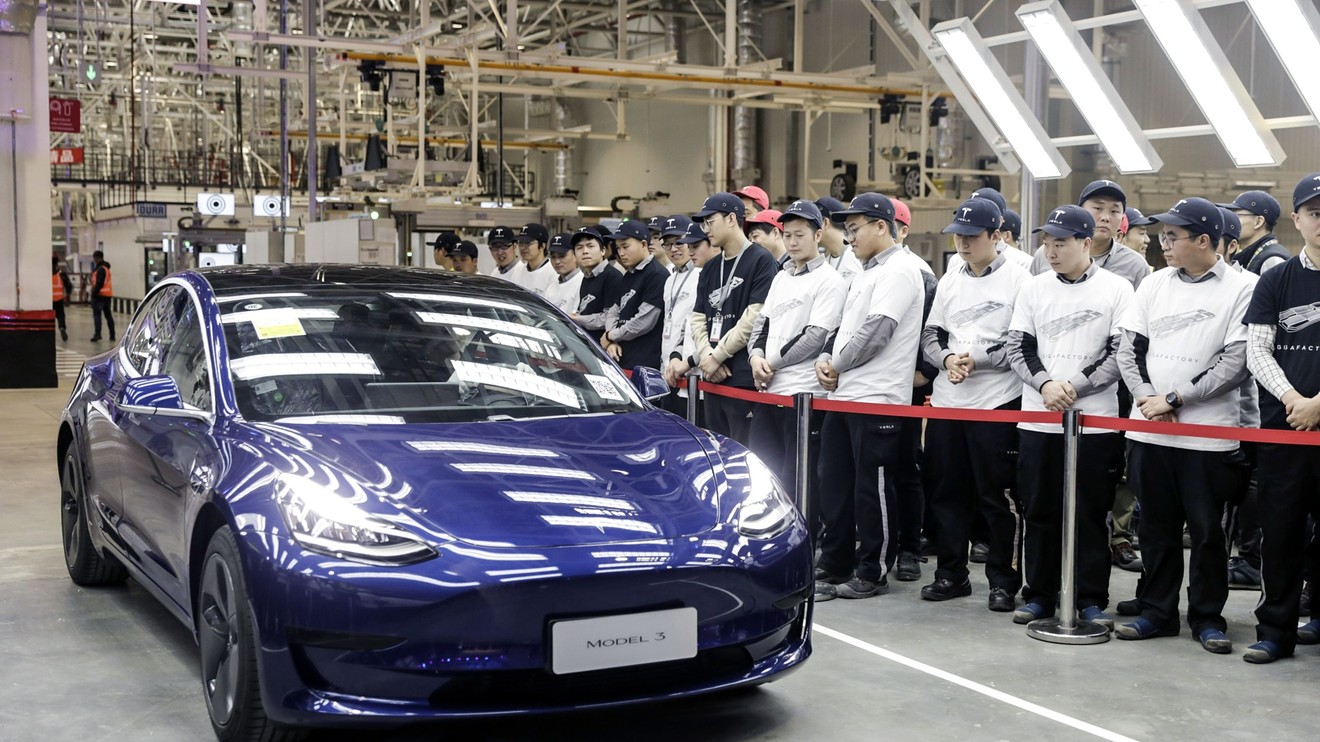 Tesla Inc. shares on Wednesday fell for the first time in six trading days as Wall Street moved to lock in profit after the stock came close to $1,000.

Tesla TSLA, -18.02%  stock fell nearly 18% with losses piling up later in the session and poised to notch its worst percentage decline since 2012.

Analysts at Canaccord Genuity downgraded the stock to hold, from buy, saying that after its “electrifying run” there’s a “balanced risk reward for investors to lock in profits.”

The coronavirus outbreak in China presents a clear headwind for Tesla’s Shanghai factory and warrants a more pragmatic view on the stock, the analysts led by Jed Dorsheimer said.

Tesla last week reported fourth-quarter earnings that were well above heightened expectations, and warned the epidemic would likely have an impact on first-quarter profit as its Shanghai factory had been closed due government-mandated shutdowns.

“Given the 3,000 per week China Model 3 production expectations in a country that remains on lockdown, we feel a reset of expectations in Q1 is likely and thus needs to be reflected in the valuation,” the analysts said.

Some on Wall Street have scratched their heads to explain Tesla’s run in heavy volume, analysts at Morgan Stanley said in a note.

“While 4Q results were somewhat stronger than expected, the company’s 2020 outlook for both volume and gross margin was not materially higher than consensus expectations,” said the analysts, led by Adam Jonas.

“As such, many investors are struggling to identify a strong fundamental underpinning for the move,” they said, keeping the equivalent of a hold on the stock.

Analysts at Wedbush kept their “bull case” for Tesla stock at $1,000 and cautioned that as February China deliveries are likely delayed due to the health emergency.

Related: Opinion: More fuel for Tesla? Stock could join the S&P 500 by the end of the year

That’s more like “a small speed bump … the current situation is more bark than bite as the aggressive trajectory of Giga 3 production and demand out of Shanghai look very strong out of the gates and the potential to hit 150k units/demand out of this region over the next year still remains intact,” they said.

Some also started to wonder whether Tesla would tap capital markets and pay off some of its debt.

“Their renewed access to equity capital could reduce their debt load significantly,” said Eric Ross of Cascend Securities. Tesla would remove some risk from their model and be “open to future debt financing with a clean balance sheet.”